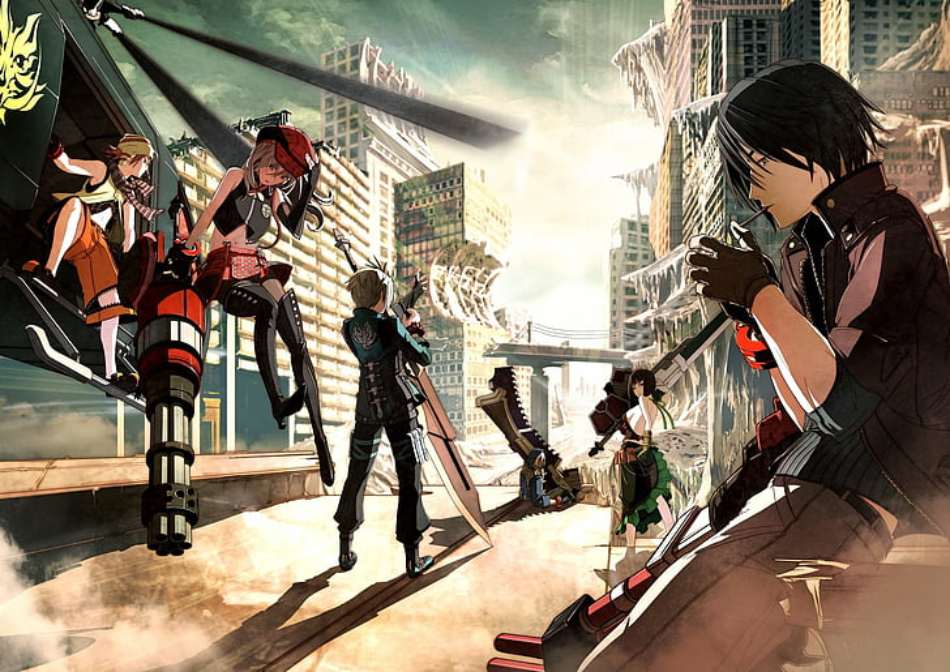 Today we bring you an informative article on How to Read God Eater Manga in Order.

The God Eater series first emerged as a PlayStation action RPG around 2010. The game released by Namco Bandai Games soon grew popular among youngsters, and so had an anime series released in 2015.

Since the main plot focuses on ‘Oracle Cells’ that help in the God Eater transformation, the RPG capitalizes on it. Thus the game involves performing tasks related to defeating Aragami and upgrading the player’s God Arc.

Although it’s pretty obvious that the RPG is pretty popular, it is the anime that actually shines. This is especially so due to its visual appeal that is credited to Studio Ufotable.

While the first few episodes of the 13 episode anime do require a little patience, it ultimately does not disappoint. This is due to its well-illustrated action, unique character design, and appealing character growth.

In terms of the God Eater Manga series, there is quite a lot of confusion. This is because the anime is based on the RPG, which is, in turn, inspired by the manga series.

The Manga series- God Eater, actually has 5 separate mangas. And although they follow the plot based on the main idea, the characters of each are different.

The God Eater Manga series stays true to the plot that takes place in a post-apocalyptic setting. In a world where humans must fight off monsters called Aragami, using weapons called God Arcs, each series gives us a boatload of action.

And so, to help you navigate the series, let’s get into How to Read God Eater Manga in Order.

The God Eater manga series has a total of 5 separate mangas. The oldest of which was written and illustrated in 2009, while the most recent was released in 2015.

The God Eater series, although seemingly disconnected, is definitely a story that falls into place with all pieces together. Thus the complete series can only be fully understood if one understands the game, anime, and manga.

The mangas are as follows;

This manga has Silva Orcride, an Alpha Team veteran, as the protagonist. The events here unfold in the original God Eater timeline i.e. the PSP game God Eater Burst.

The Spiral Fate takes place after the main God Eater timeline and focuses on Kagami Ryo. The events of the manga here occur long before the God Eater 2 game.

The Summer War focuses on a romantic side story. This manga is considered to be a fan service as it showcases a blooming relationship between Yuu Kannagi and Alisa Ameilla. These two characters exist in the PSP game God Eater Burst.

The events of The 2nd Break take place in the original God Eater 2 timeline. This refers to the PSP game God Eater 2.

Side by Side focuses on the events of the PSP game God Eater Burst from Tatsumi O’Mori’s point of view. In the RPG and the anime series, Tatsumi appears as a side character. And so this manga provides us with his side of the story.

How to Read God Eater Manga in Order-

Since the God Eater manga series exists in distantly connected mangas, many suggest that they be read according to release. However, many others insist that the mangas can be read in any order of your choice.

This is mainly because the anime only exists in the same God Eater universe. Only the PlayStation games and the mangas have actual but distant connections.

Anyways, here is the most recommended way to read the manga series- God Eater:

Most of the God Eater manga can be found for sale on the Namco Bandai website or on Amazon. However, most others might not be available there since not all of them entirely associate with Namco Bandai Entertainment in terms of sales.

Thus fans looking to read the mangas can find them on unofficial websites like Mangago. However, we would like to encourage fans to support the creators by purchasing at least one volume of the series if possible.

With this, we conclude with our explaining How to Read God Eater Manga in Order. And now, we head to the FAQ section to relieve a few doubts or questions many have about the series.

Q1. Does God Eater have manga?

Ans- Yes, God Eater has a total of 5 manga widely accepted by the fandom.

Q2. What order do the God Eater games go in?

Q3. How many volumes does God Eater have?

Q4. Who is the strongest Aragami?

Ans- The strongest Aragami is Corrosive Hannibal. However, there are also many who consider Blitz Hannibal to be the strongest.

Ans- Yes, you can God Eater Resurrection if you wish to.

With this, we end our article on How to Read God Eater Manga in Order. We hope you stay safe, tunes, and hyped for our upcoming articles!