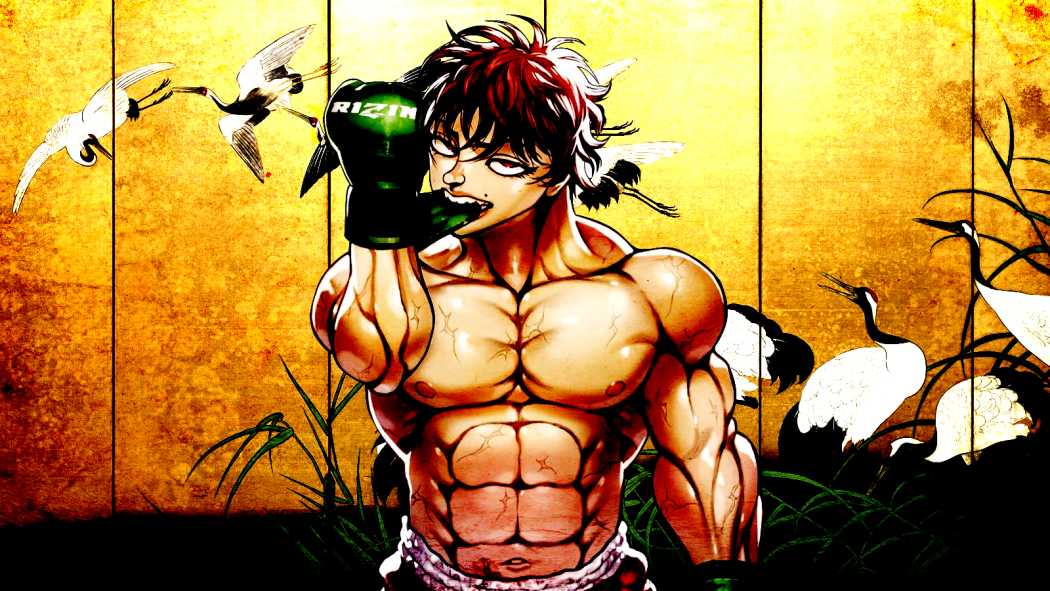 Today we bring to you an article on How to Watch Hanma Baki – Son of Ogre For Free? The Baki series began its manga release in 1991 and its anime debut in 1994. However, till today it remains to be an ongoing series.

The ongoing Baki manga series has a total of 142 volumes spanned over five parts. The titles are Grappler Baki, Baki, Baki Hanma, Baki-dou 1, and Baki-dou 2, all of which have showcased top-tier martial arts illustrations.

Its ongoing anime series, on the other hand, has a total of 3 official seasons with a 4th season in the works. There also exist a few OVAs of the series that have been labeled so due to the progression of the series.

Since the series began its animations in 2001, it was later picked by Netflix in 2018. Thus many fans prefer watching the events that unfold from 2016, which so far consists of 3 seasons.

Thus there is a slight confusion when it comes to starting the series. This is because the episodes that are part of the 1994 versions of the series are often skipped.

However, this is mostly due to its animation and distance from what Netflix has branded to be the Baki series we know. Still, many acknowledge the 1994 series that began with Baki The Grappler: The Ultimate Fighter.

How to Watch Hanma Baki – Son of Ogre or Baki Season 4?

As of now, the Baki series since 2016 is licensed as a Netflix original. Thus it is only available on Netflix.

How to Watch Hanma Baki – Son of Ogre for Free?

The anime community has recently been seeing a rise in numbers due to websites like Crunchyroll and Funimation. And as it is still a growing industry, we haven’t advanced to the accessibility levels of other industries like that of music or video games.

Thus with the lack of accessibility and reach due to regional restrictions, illegal sites happen to be the main sources of anime. However, it is important to note that these sites do not contribute to the growth of the anime industry.

This is because the profits of the site do not reach the creators. And while we do not support the use or existence of such sites, it is also important to acknowledge their importance.

Most fans do not have access to funds to legal outlets of anime. And so, to help, we have provided fans with temporary outlets until they can access and afford legal anime outlets.

1. Watch Hanma Baki – Son of Ogre For Free on Netflix–

While Netflix has a great collection of tv series, it has also started stacking up on anime over the years. Thus fans can access the anime there for free for a month after signing up for the series.

Kindly note that the free trial is only applicable for new accounts. Thus already existing accounts cannot avail of the one-month free trial more than once after the first login.

The only way fans can avail of the one-month free trial is if they enter credit or debit card details that haven’t been used for a Netflix account before.

The Baki series is available on many private websites, some of which we’ve noted below. For obvious reasons, we haven’t included direct links to the websites.

We would also like to ask fans to refrain from openly mentioning the names of private websites. This is because many of these sites are the primary anime outlets for many and since they aren’t legal are subject to legal action.

Kindly note that these websites are accessible through a simple browser search. However, some of them may require a VPN to function.

These websites mostly have simulcasts of the series. Thus fans eager to watch Hanma Baki – Son of Ogre will be able to find it here. However, as usual, the dubbed versions of the anime will be released a few weeks after the premiere.

Another method of watching anime that has recently emerged is through Telegram. On Telegram, fans can find various channels or communities that upload the series as soon as it’s released.

These series are mostly available for download and thus can be accessed leisurely. And so, below, we’ve noted for you a few Telegram communities that fans can join to watch the Baki series.

Yet another anime outlet is through Torrent sites. These sites can be accessed through a simple browser search of ‘Baki anime on Torrent’.

However, we would like to counsel fans to use a VPN while accessing such sites.

Some fans may prefer using apps rather than sites to save on data. And so here we’ve noted for you a few anime apps. All these apps are available for download on Google Play Store and can also be downloaded through a browser.

Hanma Baki – Son of Ogre, Season 4 of the series is set to be released on 30th September 2021. And since it premieres on Netflix it sure is something to look out for.

And so, he now has to fight against five death row inmates from all over the world. All these inmates are skilled in martial arts and will cross pass with him eventually to seek a taste of defeat.

Season 4 will focus on Baki purposefully getting imprisoned to improve his skills. Here he will do so by fighting and learning from the strongest fighter of the US, Biscuit Oliver.

Naturally, this will be no easy task as he will have to gain his attention by first getting past the guards. And to make things more exciting, these guards are heavily armed with automatic rifles and much more.

This season is definitely packed with a twist of turns that you may not have expected. This is especially since Biscuit Oliver is an immensely powerful character that will provide Baki with great growth.

Further, as many may have noticed, the series is getting closer to its end. With Baki now nearly on par with his father, Yujiro, there is much that needs to happen before the end.

So now that we’re done with explaining How to Watch Hanma Baki – Son of Ogre For Free? We have a small FAQ selection that may deal with any questions you have about the series.

Q3. Is Baki Hanma the son of Yujiro Hanma?

Ans- Yes, Baki Hanma is the son of the strongest fighter Yujiro Hanma.

Ans- No, neither the anime nor the manga of the Baki series is over yet.

Q5. Who can beat Hanma Yujiro?

Ans- No one yet is able to beat Hanma Yujiro. However, Baki is considered to be equal to Yujiro at the end of the recent manga series.

With this, we conclude with our article on How to Watch Hanma Baki – Son of Ogre For Free? So until we’re back with another informative article, stay safe, stay tuned, and stay hyped for more.