Skip to contentHome » Anime & Manga » Who is the Strongest Person Beerus Fought in Dragon Ball? 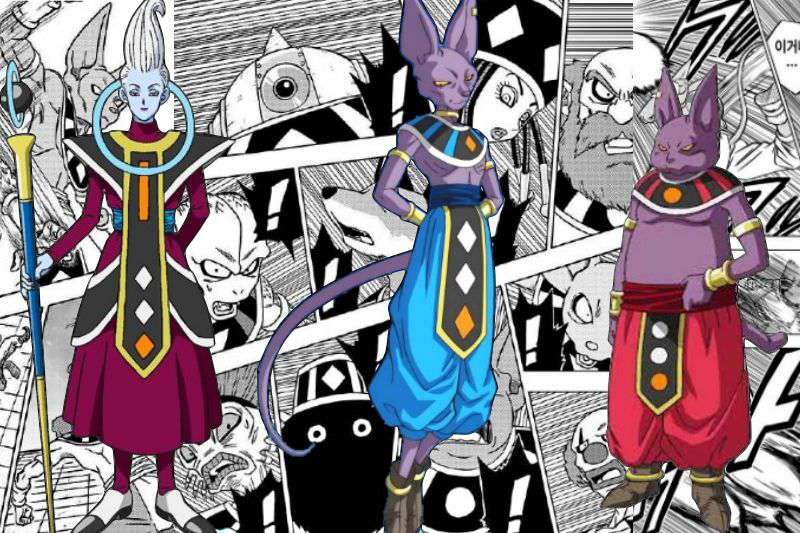 In this article, we take a glance towards the God of Destruction for Universe 7 in the Dragon ball-verse, Hakaishin Beerus, and determine who is the strongest person that Beerus Fought in Dragon Ball.

The short answer is Whis. As we all know that Whis is Beerus’s master. Beerus spends most of his time with Whis, and here we are, theorizing that there were many moments when they clashed with each other in just a friendly way. So, this answers the question.

But merely some fans would be satisfied with the answer. Indeed, as justified by Whis, Angels are not supposed to show their full potential, and from Beerus’s side, no such incident happened where he had to show his full power. So, was there any incident when Beerus got serious or got the same potential opponent? The answer is yes.

The strongest being in his universe, Beerus is the main antagonist in the Dragon Ball Super series in Destruction God Beerus Arc and later a supporting character from the protagonist side, although he’s supposed to be a neutral entity.

As a God of Destruction, Beerus is supposed to “destroy” beings and objects to maintain the balance of the universe he’s tasked with. Naturally, there are times when others pose resistance to him but can’t compete as he has mastered the energy of destruction, which allows him to erase anyone in existence completely.

This power is only relatively inferior to the Angle’s time control (temporal do-overs), Grand Zeno, and the Super Dragon Balls. This is shown on several occasions when races on various planets that couldn’t satisfy his gourmet side were destroyed without much thought.

Throughout his millions of years at the post of the God of Destruction of Universe 7 and even before that, Beerus would have fought numerous enemies and rivals; hence in this article, we try to measure his power against other characters and his own feats.

How Powerful is Beerus?

As per Akira Toriyama, the author of the Dragon Ball series, Beerus is the most powerful being to exist in Universe 7. But this is proven to be wrong on later occasions when Beerus himself revealed that Whis, his attendant and master, is stronger than him.

At face value, it is very clear that Beerus is the most powerful being to be allowed to use his power to the full extent. As opposed to angels, if the situations demand fit, making him a cut above all the Z warriors and other previous antagonists like Cell and Majin Boo.

Also, it is claimed that Jiren, a mortal, has surpassed the Gods of Destruction in strength.

But this is highly debatable since gods of destruction generally have their power suppressed, use their energy of destruction only sometimes, and are meant to be the strongest warriors in their respectable Universes.

Who is the strongest person Beerus fought in Dragon Ball?

After his fight with Super Saiyan God Goku, Beerus unveiled that he was the second strongest warrior he’s ever faced.

After his fight with Super Saiyan God Goku, Beerus unveiled that he was the second strongest warrior he’s ever faced. Hence there might have been a stronger warrior than Super Saiyan God Goku that Beerus would have fought in his millions of years as a God of destruction.

But as for “Who is the strongest person Beerus fought in Dragon Ball?” it is his martial arts master, Whis, or other Gods of Destruction.

Before ascending to the post of God of Destruction of Universe 7, Beerus was trained by Whis, which makes Whis the strongest fight that Beerus has ever fought, but since it is the Law of Angels is never to use full power in training, Whis has never fought Beerus at his full power.

As stated by Akira Toriyama, Whis is stronger than Beerus as Angels rank above in the hierarchy of power, whereas Destroyers come in third after Angels and Grand Zeno himself in terms of power. Here, we conclude this article.