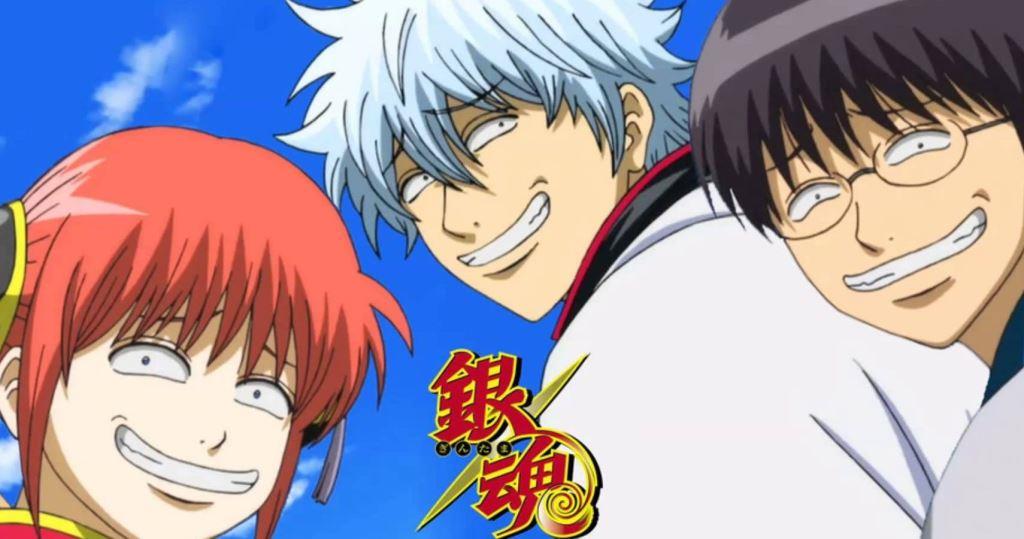 Slapstick anime feature humor based on physical comedy. Characters might be comedically clumsy or hit each other in comical, over the top ways. Slapstick humor is generally recognized by lots of physical abuse, horseplay, and practical jokes.

Also often seen are impossible situations, using sounds to illustrate impossible stunts that aren’t shown on-screen and to create tension for audience anticipation. Today we are presenting to you a well-researched and trusted list of top 10 slapstick anime of all time. Read further for the whole list.

Kousaku Hata is obsessed with the idol Yuka Kusakabe. She unexpectedly announces her retirement at an early age, which leads Kousaka into a self-isolated depression dropping out of school. Miraculously, Yuka, under the disguise of Ringo Kinoshita, joins Kousaka’s school; this strange development gives him a newfound resolve. The story follows him growing close to her and discovering her secret of retirement gradually.

Yoshiko Hanabatake is a complete idiot. With zero scores in all tests, even her mother has lost hope. Her childhood friend Akuru Akutsu has taken up the chore of limiting her idiocy. No matter how many times he covers for her ridiculous behavior and absurd obsession with Bananas, she always bounces back to turmoil. As he tries to rein in her nonsense, every moment is unpredictable with Yoshiko and her profound idiocy on the loose.

16-year-old Maika Sakuranomiya is desperate to nail down a part-time job so that she can afford to study abroad. She gets rejected in interviews due to her sadistic impression whenever she smiles. Resolved to change, she tries working at a coffee shop by portraying different characteristics while interacting with customers. Alongside Kaho Hinata and Mafuyu Hoshikawa, Maika decides to make the most out of her unique quirk and cements her position in the cafe with merciless cruelty.

Heaven sends their young angels to earth for studying and gaining human knowledge. Gabriel White Tenma becomes a fallen angel soon due to her addiction to video games. She befriends a demon Satanichia and an angel Raphiel leads a waste life. In an attempt to change her lifestyle, another demon, Tsukinose, starts living with her. Gabriel DropOut follows these four friends’ comedic lives as they utterly fail to understand what it truly means to be a demon or an angel.

Raku Ichijou, an heir of a Yakuza family, fell in love with a girl and promised to marry her. He holds a pendant with a lock, whose key is with that girl. 10 years after, he is in search of that promised girl as he is forced to a playdate with another girl, an heir of another Yakuza family, to maintain peace in the city. With many more girls popping up in his life, all involved with Raku’s past somehow, his search for the girl who holds his heart and his promise leads him in more unexpected directions than he expects.

Kazuma Satou, a complete NEET, dies pathetically while returning from buying a new game. When he opens his eyes, he is given a chance to choose between heaven or an Isekai. He immediately chooses, every gamer’s dream, an Isekai. He is further given a bonus wish in which he chooses the God Aqua, who is conducting his afterlife. He thought having a goddess would be the best he can have, although Aqua is utterly useless. The story showcases their struggle of living in the adventure in the most comic way possible with Megumin and Lalatina.

Olivia, a self-proclaimed foreign student, befriends Hanako and Kasumi and starts playing an absurd game. With a somewhat half-willing sense of fun, they decide to form a ‘Pass Time’ club, doing everything they can to pass the time for fun. Whether it be failing to learn English, trying desperately to become popular, or getting caught by teachers at the wrong time, school life will never be boring when the girls of Asobi Asobase are up to their hilarious antics.

Iori Kitahara moves to the coastal town of Izu for his freshman year at its university, taking residence above Grand Blue, his uncle’s scuba diving shop. He befriends two seniors Tokita and Kotobuki, and dives into a carefree alcoholic routine in the Diving Club. His cousin Chis soon joins in, giving her a disdainful impression of him. Grand Blue follows Iori’s misadventures with his eccentric new friends as he strives to realize his ideal college dream while also learning how to scuba dive.

Nichijou primarily focuses on the daily antics of three high school girls Mio Naganohara, Yuuko Aioi, and Mai Minakami, whose stories soon intertwine with the young genius Hakase Shinonome, her robot caretaker Nano, and their talking cat Sakamoto. Walking to school, being bitten by a talking crow, spending time with friends, and watching the principal suplex a deer: they are all in a day’s work in the extraordinary everyday lives of those in Nichijou.

The Amanto, aliens from outer space, have invaded Earth and taken over feudal Japan. As a result, a prohibition on swords has been established, and the samurai of Japan are treated with disregard. Among them, Gintoki Sakata still possesses the heart of the samurai but works as a Yorozuya. His do-anything-for-pay business is joined by Shinpachi, Kagura, and a huge pet of Sadaharu. The plot follows as they frequently have run-ins with the police, ragtag rebels, and assassins, oftentimes leading to humorous but unfortunate consequences at a universal level.

These are the top 10 most popular slapstick anime of all time. Further, there are tons of more slapstick humor anime out there. Never stop discovering, and do watch the line-up that we have prepared for you. Subscribe to our page for more interesting lists of the most popular must-watch series of their respective genres. We will be back soon with more exciting charts and anime titles for you. Until then, stay tuned, stay hyped.