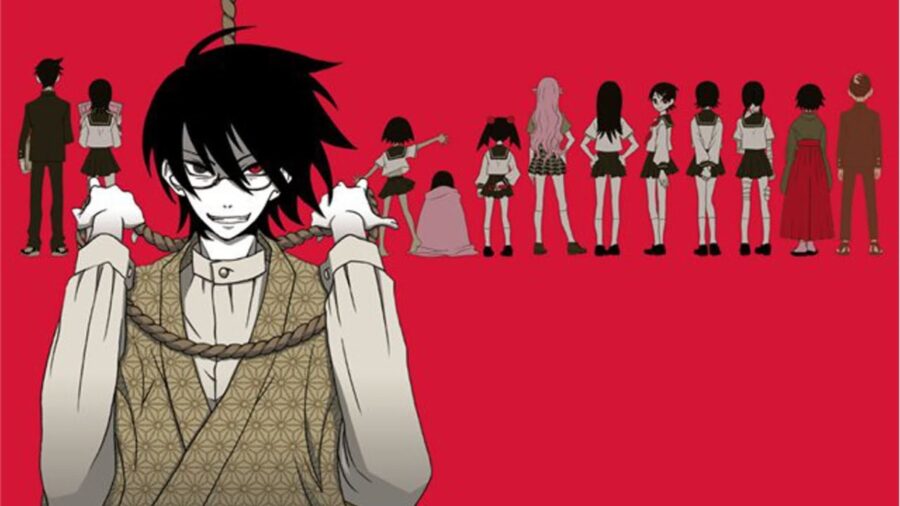 Parody anime have a strong tendency to not only mock their base material but also celebrate them with an organic sincerity. While those tendencies are to mock, that doesn’t mean the product itself can’t be good at what it’s satirizing, sometimes to an improved degree.

Usually, these Satire anime are comedies that use irony, humor, and exaggerations to criticize or mock culture, politics, or other topical issues. Here we are listing down the top 10 most discussed and accepted satire parody anime of all time.

Souji spends most of his time daydreaming and rating girls’ twintails, even going as far as creating a club dedicated to the hairstyle. Suddenly the world is invaded by aliens monopolizing twintails. By transforming into the twin-tailed warrior Tail Red, Souji combats the vicious alien organization known as Ultimegil, whose main goal is to colonize Earth and steal everyone’s attribute power. Alongside fellow twin-tailed fighters Aika and Erina, Souji must find a way to defeat the invading army and defend the Twintails he holds so dear.

The Demon Lord was sealed by the Hero 1000 years ago. Now his minions are growing back, hinting at his revival. The 75 descendants of the Hero are summoned to battle the Demon Lord again. Alba Fruhling is one of them, with his soldier Ross accompanying him. Though undoubtedly a skilled warrior, Ross is actually both sarcastic and sadistic and hence revels in Alba’s suffering. Senyuu is a comedic adventure following the unlikely duo as they struggle in their endeavor to defeat the demon lord, meeting various eccentrics along the way.

Satsuki and Keiichirou Miyanoshita are two siblings recovering from the tragic loss of their mother. After moving to their mother’s hometown, they learn that the local school they have transferred to is an old haunted building. Despite initially brushing it off as a silly rumor, the two soon discover that ghosts are indeed real and that they’re after them! Gakkou no Kaidan is the creepy tale of the lives of these siblings and their newfound friends as they try to survive the school’s ghosts with a little help from their pet cat along the way.

Keima Katsuragi, known online as the legendary “God of Conquest,” can conquer any girl’s heart—in dating sim games, at least. In reality, he opts for the two-dimensional world of gaming over real life because he is an unhealthily obsessed otaku of galge games. A foolish move leads him into a supernatural mess of completing a Mage’s chore. He needs to console real-life girls. Keima now has his title of “God of Conquest” put to the ultimate test as he is forced to navigate through the hearts of a multitude of real-life girls.

The Holy Grail Descends on this mortal world. How do you resolve a conflict between powerful spirits of famous heroes for a prize capable of granting any wish? Wage a war that will cost your blood, sweat, and tears? Too much work—how about a game-show competition instead? Yes, you read it right, this a parody of the Fate Series itself by taking some of the characters from the original series. Putting them in a variety of light-hearted scenarios that parody their respective series in a satirical manner.

Nozomu Itoshiki is a high school teacher so pessimistic that even the smallest of misfortunes can send him into a pit of raging despair. Some of these “catastrophes” even lead to suicide attempts. Sayonara Zetsubou Sensei is a satirical slice-of-life comedy set in the modern-day, covering various aspects of Japanese life and culture through Nozomu and his interactions with his students: Kiri Komori, Abiru Kobushi, the hyper-optimistic Kafuuka Fuura, and several other unusual girls, all of whom are just as eccentric as their teacher.

Chiyo Sakura is a cheerful high school girl who has fallen head over heels for the oblivious Umetarou Nozaki. Much to Chiyo’s confusion, when she confesses to her beloved Nozaki, he hands her an unfamiliar autograph. As it turns out, the stoic teenage boy is actually a respected shoujo mangaka, publishing under the pen name Sakiko Yumeno! A series of misunderstandings leads to Chiyo becoming one of Nozaki’s manga assistants. Thus, the daily life of extreme fun and turmoil begins.

Matsuno household is comprised of six identical siblings: self-centered leader Osomatsu, manly Karamatsu, the voice of reason Choromatsu, cynical Ichimatsu, hyperactive Juushimatsu, and lovable Todomatsu. Despite each one of them being over the age of 20, they are incredibly lazy and have absolutely no motivation to get a job, living as NEETs instead. From trying to pick up girlfriends to finding the perfect job, the daily activities of the Matsuno brothers are never dull as they go on all sorts of crazy and often downright bizarre adventures.

The Amanto, aliens from outer space, have invaded Earth and taken over feudal Japan. As a result, a prohibition on swords has been established, and the samurai of Japan are treated with disregard. Among them, Gintoki Sakata still possesses the heart of the samurai but works as a Yorozuya. His do-anything-for-pay business is joined by Shinpachi, Kagura, and a huge pet of Sadaharu. The plot follows as they frequently have run-ins with the police, ragtag rebels, and assassins, oftentimes leading to humorous but unfortunate consequences at a universal level.

These are the top 10 most popular satire parody anime of all time. Further, there are tons of more parody humor anime out there. Never stop discovering, and do watch the line-up that we have prepared for you. Subscribe to our page for more interesting lists of the most popular must-watch series of their respective genres. We will be back soon with more exciting charts and anime titles for you. Until then, stay tuned, stay hyped.