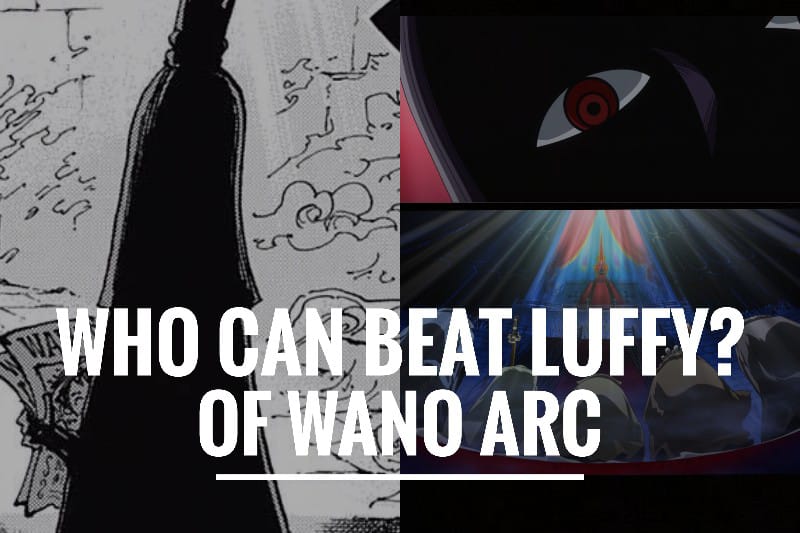 One Piece has been one of the longest-running anime with over 1000+ episodes. It is tough to believe that the small boy who started from an unknown village is now considered one of the sea’s new emperors.

Luffy has gained a formidable crew and even greater friends and allies in his journey. As a whole, his crew has become one of the most well-rounded after Shanks’ crew.

Luffy has undergone several wars and battles during this time, and especially after the Marinefold arc and the time skip, Luffy’s powers grew extensively. And now, in the Wano Arc, Luffy has become one of the strongest characters.

However, some strong beings still supersede Luffy in terms of power. Also, in the recent chapter, the series exhibited that Kaido has defeated him. It signifies that he is still not at Yonko’s level.

Therefore, in this post, we will discuss all the One Piece characters who can beat Luffy of Wano Arc. Remember that this list is in no particular order, so all of the following mentioned are of equal power. 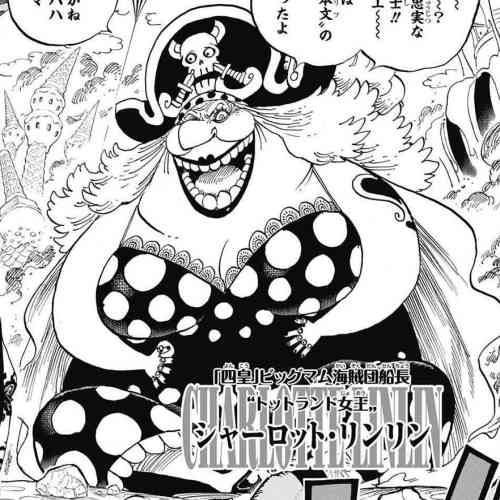 Charlotte LinLin, popularly known as Big Mom, is one of the four Yonkos and probably one of the strongest characters in the entire series. She is the leader of the Big Mom Pirates and one of the deadliest bunch out there.

Big Mom has the power of the Soru Soru no Mi, which allows her to take the soul of others or make them do her will. Since her powers are based on fear, it does not work on anyone who is not afraid of her.

She can also pour the souls collected into inanimate objects, bringing them to life and creating homies. Her homies include Napoleon, Prometheus, and Zeus.

Since Big Mom cannot be defeated by external attacks, Law and Kidd defeated her through internal injuries. Therefore, we believe that it might take some time for Luffy to beat her, and she is the stronger one at this moment. 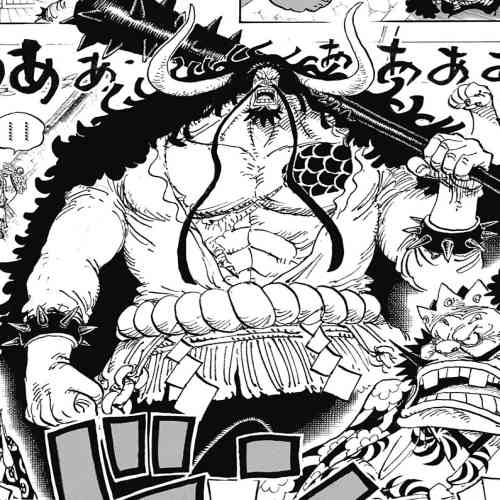 Kaido defeated Luffy in One Piece Chapter 1043. He is known as the “strongest creature on the earth.” His hide is more substantial than iron, and his towering physique, as well as his strength and durability, makes him almost impossible to defeat.

Kaido ate the Uo Uo no Mi, Model: Seiryu, which allowed time to transform into a dragon or a human dragon hybrid. While in his dragon form, he can use fire-based attacks and can generate Flame Clouds even in his human form.

Kaido can also use all three forms of Haki, making him all the more dangerous. He can imbibe his weapon with his Haki to more significant powerful attacks and have unparalleled physical strength.

Must Read- Kaido vs Big Mom | One Piece Power Comparison 2022 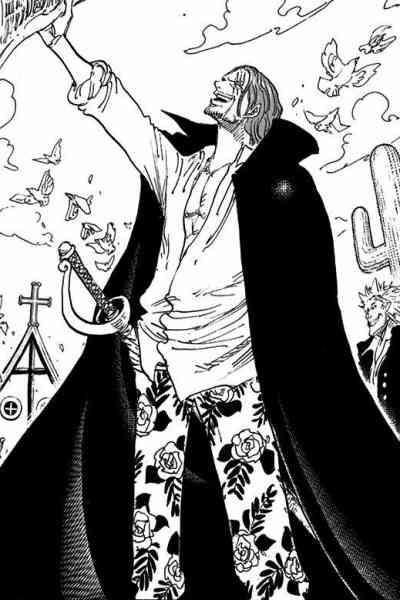 Apart from his swordsmanship, Shanks has the most powerful Conqueror’s Haki ever in the entire series, a force so strong to be able to topple entire armies.

He is the captain of the Red Hair Pirates. He was single-handedly able to stop the battle at Marineford, which showed testament to his true power. We don’t know much about him, so we believe him more powerful than Luffy. 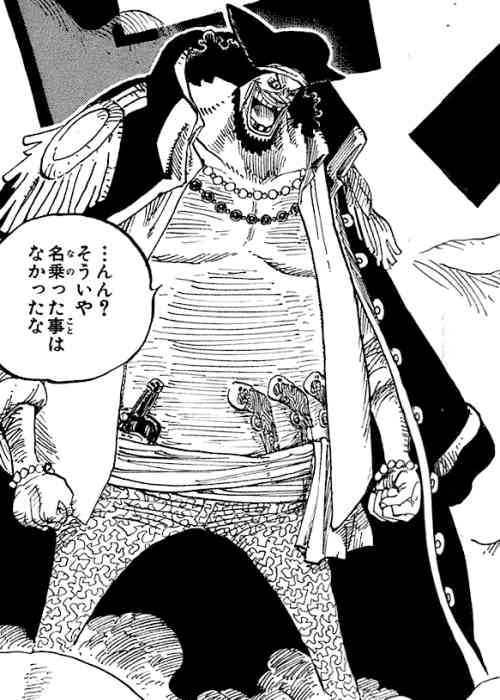 Marshall D. Teach, or Blackbeard as he is popularly known, turned out to be one of the newest and strongest characters in One Piece. He previously served in Whitebeard’s fleet until he exterminated his comrade and took the power of the devil fruit.

The powers of the Yami Yami no Mi and the Gura Gura no Mi, and along with it, he can use the Kenbunshoku and Busoshoku Haki. He is one of the most formidable characters that Luffy will face. Even Marco specified that now he is on another level. 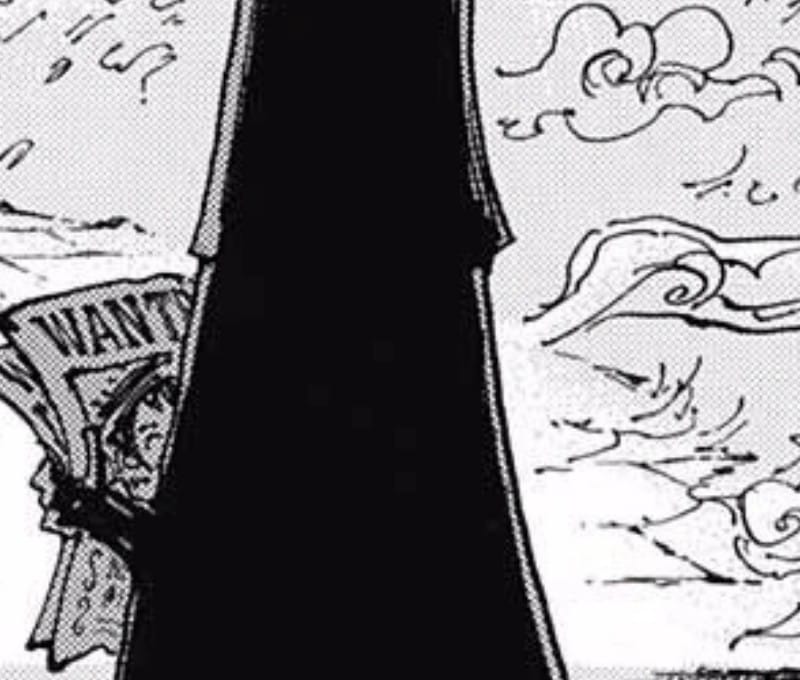 Nothing much is known about the mysterious character, apart from the fact that his/her position and strength are far more than the World Government, and he/she is the strongest character in the history of One Piece.

At present, Imu Sama has the strongest authority in the One Piece World. Apart from this, we don’t know anything about him/her. Therefore, we have ranked Imu Sama as the character who can beat Luffy. 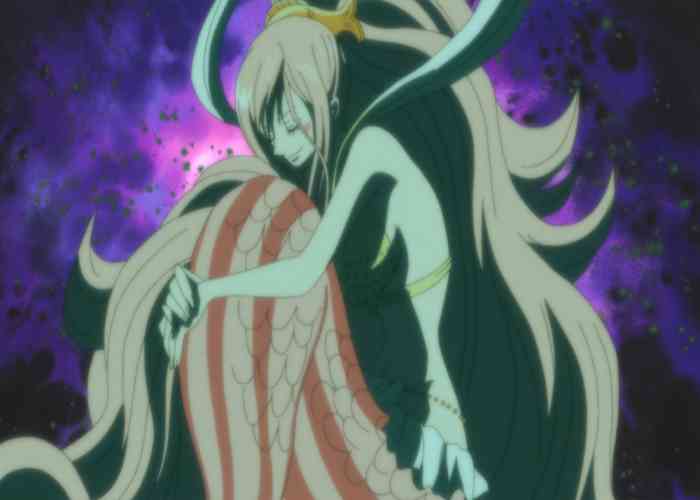 One of the three ancient weapons, Poseidon, is actually a power that is currently bestowed to Shirahoshi, a mermaid of 16-years of age residing in the Ryuga Kingdom.

Poseidon was initially considered a weapon that could bring world peace; however, after the previous holder passed during the Void Age, the Will of D had to be shifted to the New Generation.

Poseidon bestows the power of controlling the sea kings, a feat that even the strongest of the merpeople cannot achieve. Having that great extent of power, especially since Luffy’s weakness is water, makes Poseidon’s wielder a really strong character who will defeat Luffy of the Wano arc. 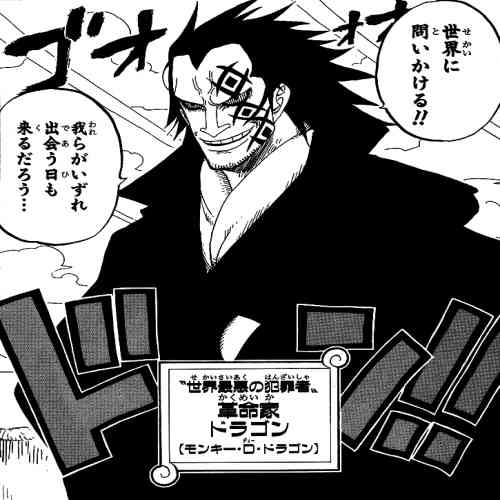 Referred to as the “World’s Worst Criminal,” Monkey D. Dragon is the most wanted man by the World Government, who incidentally also happens to be Luffy’s father.

Dragon is the supreme commander of the Revolutionary Army, which gives him immense authority and positions of power.

While Dragon’s actual power levels are yet to be revealed, it can be sufficiently speculated that he can beat Luffy since he could get hold of Smoker’s Jette and is also an exceptional combatant.

Where to read and watch One Piece-

Funimation and Crunchyroll are the best platforms to watch all episodes currently running on One Piece. Every Sunday, the series releases its new episode only on Crunchyroll and Funimation. Also, the manga is available on Viz Media and Mangaplus Shueisha.

Here, we conclude our list on “Best One Piece Characters who can beat Luffy of Wano Arc.” We hope you like reading this article. We will be back with another post. Till then, stay tuned with us and read the articles below.

How strong is Zoro (In Wano Arc) | One Piece