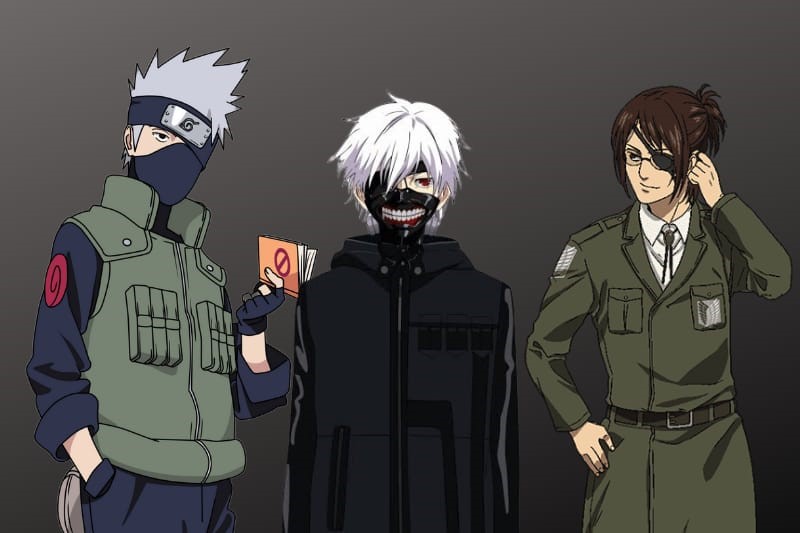 There are numerous anime characters with eyepatch present in the anime world. Most of them play a major role in their respective series, even as the main protagonist or antagonist.

Some of the anime characters wear eyepatch due to losing their eyes, while others wear them to hide the special power of their eye.

You will notice that the majority of anime characters use their mysterious powers with the help of their eye, which is covered by an eyepatch. In this article, you will discover some of the most popular anime characters with eyepatch.

So without any further delay, let’s explore this fantastic list of anime characters with eyepatch. 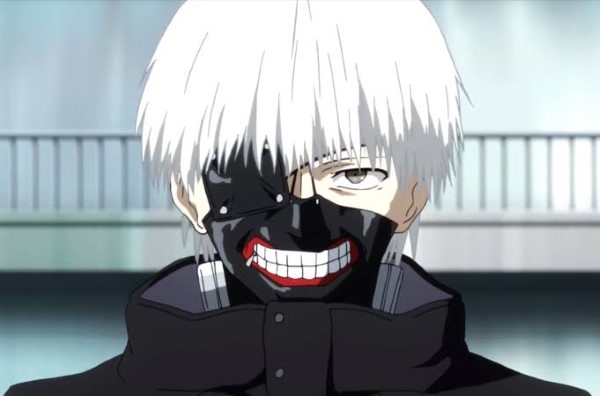 Ken Kaneki is one of the most lovable anime characters and plays a lead role in the Tokyo Ghoul series. Throughout the series, he takes several attractive looks, but his eyepatch look is more attractive than his other looks.

Kaneki has very beautiful facial features and a wonderful hair style. In his eyepatch look, he has white hair and wears an amazing ghoul mask alongside his eyepatch. Aside from his attractive look, he is also quite powerful and became the strongest ghoul of the series.

Being both the hottest and strongest at the same time, he is considered one of the best anime characters with eyepatch. 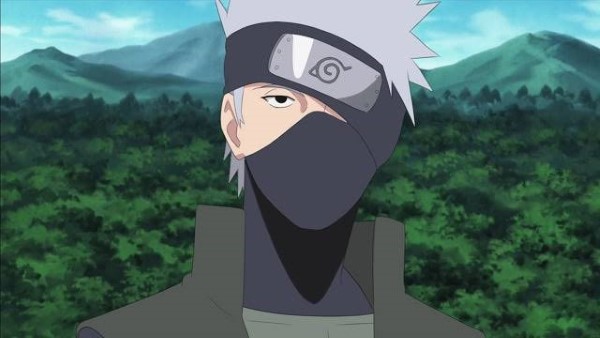 Kakashi Hatake is one of the most popular characters in the Naruto franchise. He is one of the strongest ninjas and also the greatest teacher, having taught Naruto and Sasuke several ninja techniques.

Kakashi is a handsome young guy who always wears a regular ninja outfit. He has a very distinct look due to wearing a black eye patch and headband. His cold hearted personality and deadly look make him hard to approach.

Despite being the supporting character, he creates a huge fan following due to his unique and attractive look with eyepatch. As a consequence, he is regarded as one of the most popular anime characters with eyepatch. 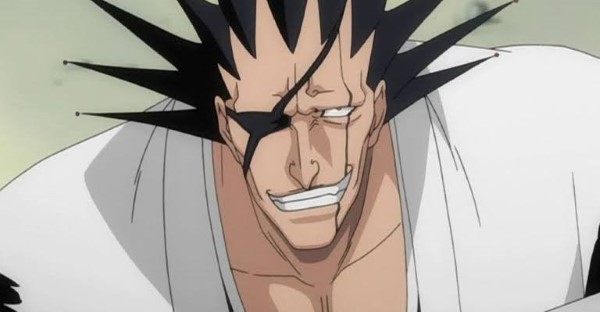 Kenpachi Zaraki is a major character in the Bleach series and the leader of the 11th division of Gotei 13. He is a huge and well built man with very sharp facial features and always wears a black eye patch over his right eye.

Kenpachi is very arrogant by nature and most of the time acts overly expressive. His battle lover personality and superior swordsmanship skills make him one of the strongest shinigami in the series. 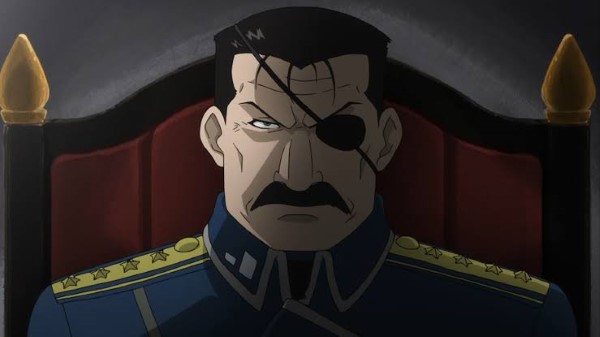 King Bradley is the strongest homunculus and plays a major negative role in the Full Metal Alchemist series. He is a tall, middle aged man who seems like a good guy but later shows his true evil nature.

Bradley usually wears a military outfit as the head of the military and wears a black eyepatch to hide his Ouroboros mark. He defeated several powerful opponents with ease without using his homunculus power. 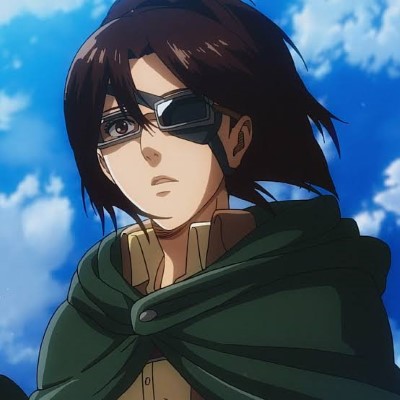 Hange Zoe is the major supporting character in the Attack on Titan series. She first worked as the head of a research team that conducted several experiments with titans to learn more about them.

However, after the death of Erwin Smith, he chose to become the next commander of the survey corps. She is a very outgoing and sharp person with an innovative mind. After severely injuring her eyes during a mission, she began to wear a black eyepatch.

Despite having less screen time, Hange grabs lots of attention from fans due to her distinct personality and attractive looks. 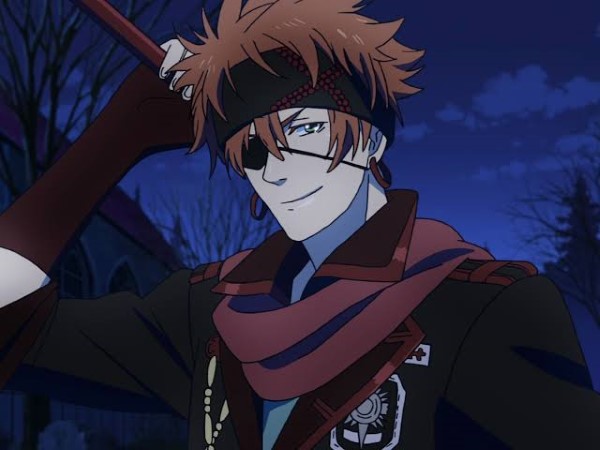 Lavi is a powerful exorcist in the series and plays an important role in the D. Gray Man series. He is a very attractive man who enjoys participating in mischievous activities.

Lavi is a good guy and usually wears a black eye patch over his right eye. However, he does not reveal the reason for covering his eye, but he definitely does not have any injury to it. 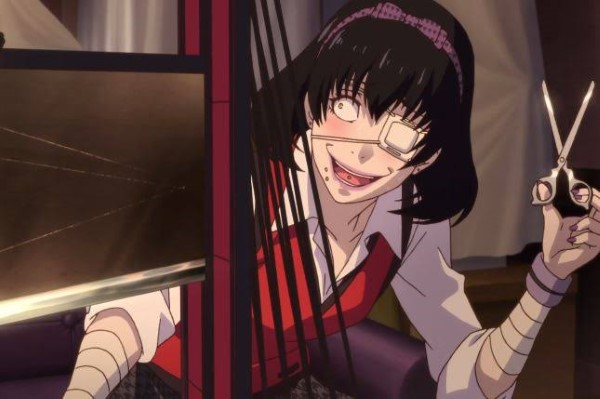 Midari Ikishima is the supporting character in Kakegurui, the most popular gambling series. She is an extremely attractive young girl with a curvaceous body and a masochistic personality.

Midari always wears her academy uniform and a white eyepatch over her left eye. She does not have a fear of death and plays gambling games in which she risks her life.

Her psychotic behavior and attractive looks make her one of the most popular anime characters with eyepatch. 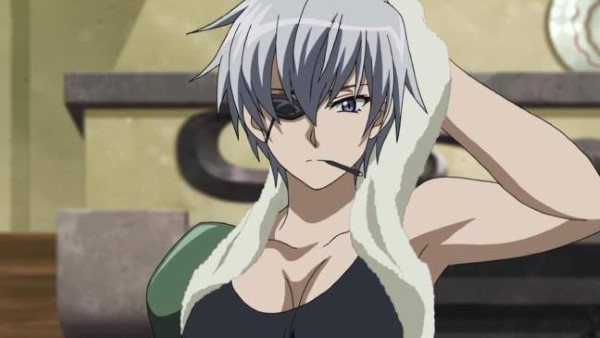 Najendra is the leader of Night Raid, the popular group in the Akame ga Kill series. She is a young girl with an attractive body and a boyish appearance.

Najendra always wears a black eyepatch over her right eye. She has exceptional leadership skills and keen intelligence that make her the world’s greatest leader.

Aside from her attractive look and leadership quality, she possesses superior marksmanship skills and is highly skilled at sharpshooting. She is also regarded as one of the best anime characters with eyepatch. 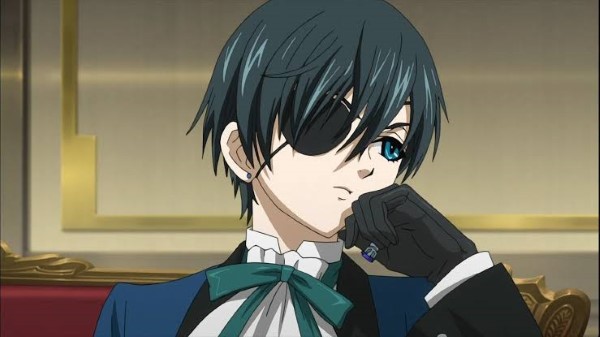 Ciel Phantomhive is one of the primary villains of the Black Butler series. He is an attractive teenage guy with short stature and beautiful blue eyes.

Ciel usually wears classic royal outfits with a black eyepatch. Even though he looks like a child, he is quite powerful and intelligent. He is a very confident person and possesses superior leadership skills, which is why he has great control over his servants. 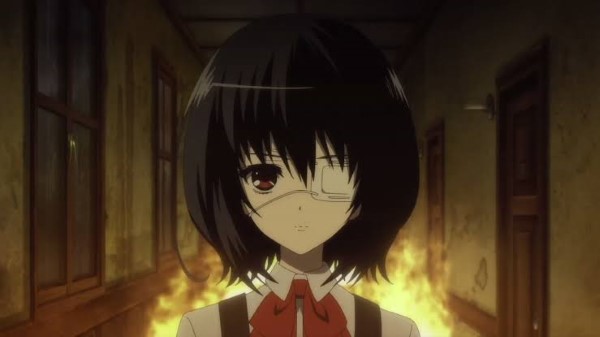 Mei Misaki is the female lead character in Another, one of the most popular horror anime series. She is a young girl with a cute look and short body stature.

Misaki lost her left eye in her younger years and replaced it with a doll’s eye. As a consequence, she began to wear a white patch over it so that no one would find out about her doll’s eye.

Due to her leading role in a popular series and her wearing of an eyepatch, she is considered one of the most recognizable anime characters with eyepatch. 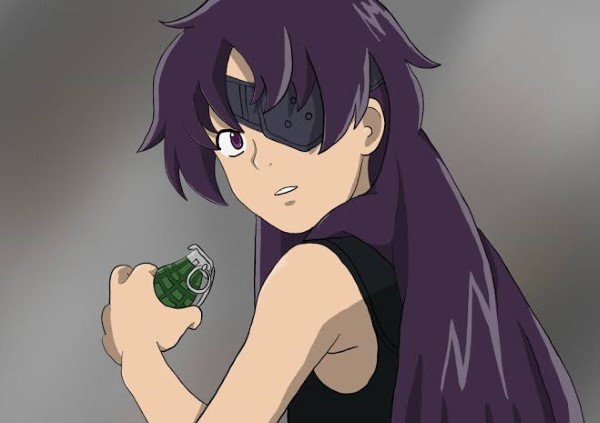 Minene Uryu is the most significant character in the Future Diary series and plays a lead role in its spin off series. She held an escape diary and was recognized as the ninth diary holder.

Minene is a gorgeous young girl with an attractive body and beautiful purple hair. After losing her left eye in the survivor game, she began wearing a black eyepatch over it.

She has excellent deduction and investigation skills that greatly help her to compete against powerful opponents. 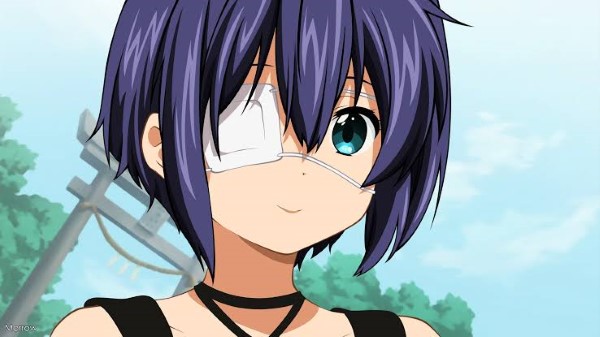 Rikka Takanashi is one of the most popular anime girls and plays a lead role in the Love, Chunibyo, and Other Delusions! series. She is a cute young girl and has very dramatic behavior and a creative mind.

Rikka usually wears a school uniform and a white medical eyepatch over her right eye. Her covered right eye is not an ordinary eye but possesses a special yet mysterious power within it. She is able to tell anyone’s destiny thanks to this special power. 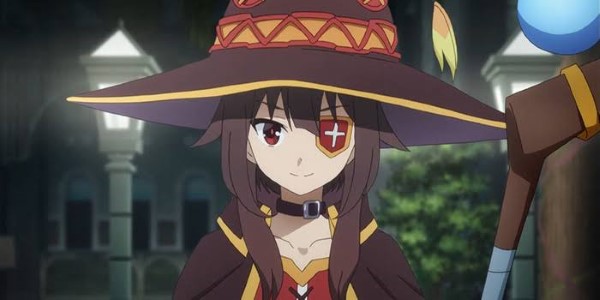 Megumin is one of the lead characters in the KonoSuba series. She is a beautiful young girl with short body stature and doll-like facial features.

Megumin has a very lively and childlike personality. She not only has a cute look but also possesses powerful explosive magical skills. She usually wears fancy outfits and sometimes wears a red eyepatch over her left eye as a fashion accessory. 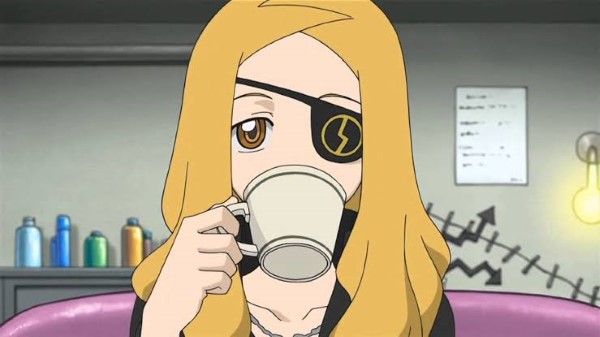 Marie Mjolnir is one of the strongest demon weapons in the Soul Eater series. She was first assigned as the fighting partner of Joe Biuttataki but later became the partner of Franken Stein.

Marie is a young girl and usually wears a black eyepatch over her left eye that resembles a thunderbolt on it. She is a helpful and gentle girl who cares a lot about others’ feelings. 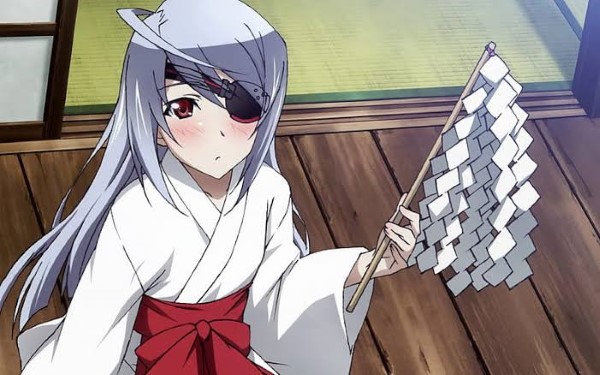 Laura Bodewig first appeared as the villain in the Infinite Stratos series and later became one of the main heroines. She is a cute girl with doll-like facial features and a cold hearted personality.

Laura usually wears her academic uniform and a black eyepatch over her left eye. Aside from her cute look, she is quite a powerful warrior and highly skilled at using knives. She is also considered as the cutest anime character with eyepatch due to her cutest doll look.

We’ll wrap up this article by talking about every single character on the list who wears an eyepatch. We compiled this incredible list based on their popularity and roles in their respective series.

Each of them has a unique and attractive look with an eyepatch and gets lots of attention from fans. As a result, most of them leave an unforgettable impact on fans’ hearts.