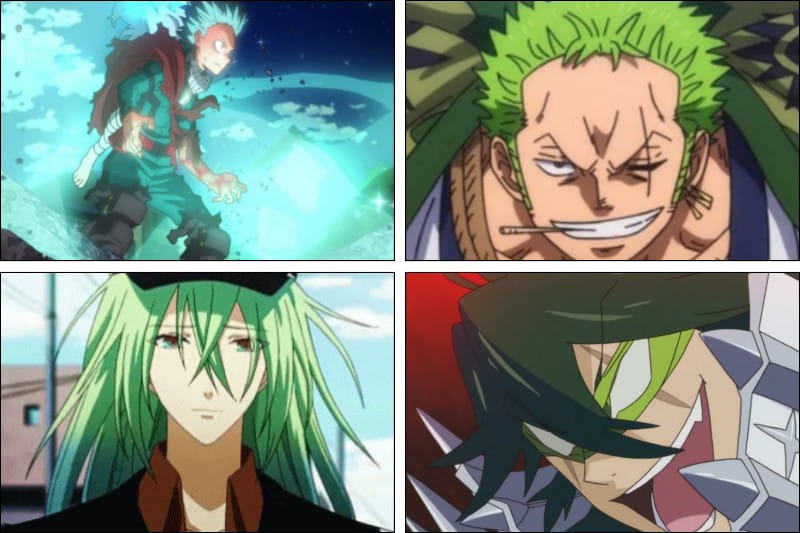 We have encountered some of the most wonderful and finest characters in anime. It can be challenging to choose the hottest male anime character. Some fans prefer it if their type has a specific feature like hair type or hair color, so we are going to cover green hair in this article.

So here is the list of the hottest anime guys with green hair. 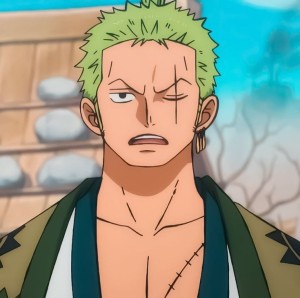 When talking about the hottest anime guys with green hair, you knew Zoro couldn’t miss our list. One of Zoro’s remarkable features is his cropped green hair.

Roronoa Zoro, who also is known as a Pirate hunter, is one of the first members of the straw hats crew and is one of the strongest swordsmen with a unique style, i.e., fighting with three swords. 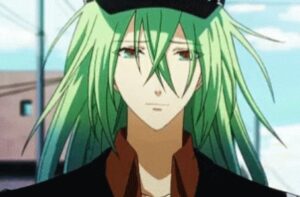 Ukyo is a well-known photographer who has two personalities and is an actual lover of the main heroine in anime, who comes under our list of hottest anime guys with green hair. Matsuki Yukyo is a tall, handsome man.

He has long light green hair that darkens at the tips and green eyes that match his hair color. His bangs flow across his face, while a beautiful single braid on Ukyo’s right is tied with a white hairband. 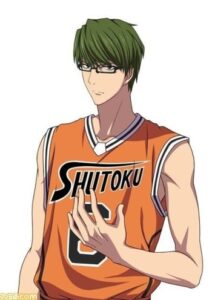 Shintaro Midorima is a basketball player who plays for one of the Three Kings of Tokyo, Shutoku High, and has a shooting guard position. Midorima looks calm, reserved, good-looking, and super tall.

He has dark green hair parted to the left side, light green eyes, and can always be seen wearing glasses. 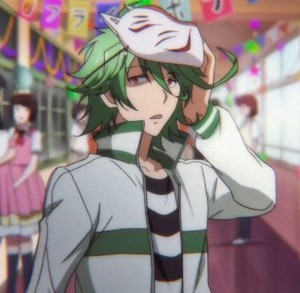 Sakuya Watanuki is the best friend of the main protagonist, Mahiru Shirota, and a member of Tsubaki’s Subclass. He is a 15-year-old boy (actual age unknown) who, in reality, is a vampire, as aside from his best friend, no one really knows his identity.

He is of average height, with green hair, and is often seen wearing green outfits. 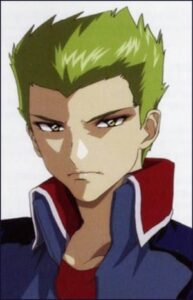 Sting Oakley is one of the Earth Alliance’s special forces team’s three Extended pilots. Of his other two comrades, he is the calmest and acts as their commander.

He has light green hair with green eyes. Even though he is a minor antagonist, we can’t deny the fact that he is good-looking. Uzu Sanageyama is one of the main characters in Kill la Kill. He is one of the Elite Four on the Student Council. At Honnji Academy, he oversees the athletic clubs, which include the tennis and boxing clubs. Uzu has gray eyes and dark green, mid-length hair.

Uzu possesses the power of Heaven’s Eye, which enables him to foresee his opponents’ responses by simply analyzing their breathing, muscle movement, and other natural reflexes. Sanageyama is a skilled swordsman who uses the kendo fighting style. 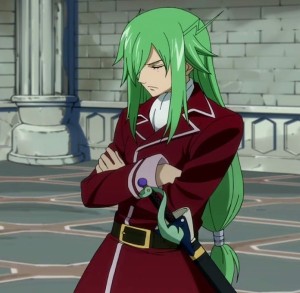 Freed Justine is a mage in the Fairy Tail guild and the leader of the Thunder God Tribe. He has long, waist-length light-green hair that is swept to one side, covering the right side of his face, and two thin strands poking out from either side of his head.

His hair is pulled back and secured in a little ponytail at the back. 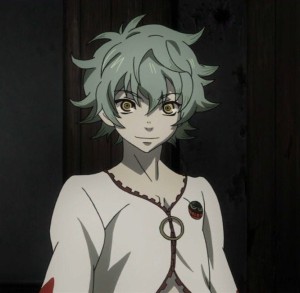 Toto Sakigami, also known as Mockingbird, was a former inmate of Deadman Wonderland. Hagire Rinichiro (Doctor director of Deadman Wonderland) picked him as his third generation because of his distinctive power to manipulate and freely move his own blood, which is usually used as a weapon and may change into countless things.

He has golden eyes and light green hair. Toto is perceived to be a playful guy that always has a smile on his face. He is incredibly brutal and deadly in the fight between all the branches of sin and Deadman Wonderland. 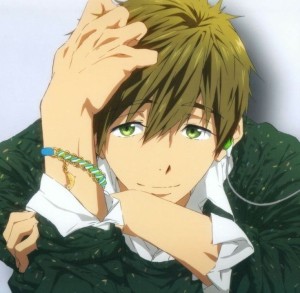 One of the hottest anime guy with olive green hairs is Makoto Tachibana. He is the protagonist of the anime show Free! He used to be the Iwatobi High School Swim Club’s backstroke swimmer and former captain of the team.

Makato is currently a freshman at Meijo Chuo University in Tokyo, studying sports medicine with the goal of working as a professional sports instructor. Makoto is an athletic guy who stands tall. He has scruffy olive-green hair and green eyes. The present Green Dragon, Jae-Ha, is one of the four Dragon Warriors and a direct descendant of the Green Dragon. He has the strength of a dragon in his right leg, which helps him to fly by leaping high and far.

Additionally, it makes his leg extremely powerful and deadly when used for kicking. Jae-Ha is a tall person with purple eyes, long green hair that he ties behind his back with an orange ribbon, and a long side bang that covers the right side of his forehead.

Occasionally, while he is getting ready for bed or a bath, he lets his hair down. He is a big flirt and doesn’t mind if it is a guy or a woman. 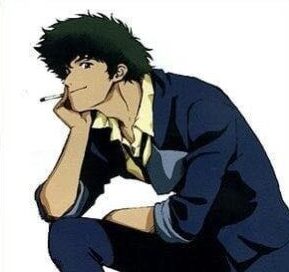 Spike Spiegel is the lead character of the Cowboy Bebop anime show. He and his crew travel across space as bounty hunters, or “cowboys,” in a spaceship named Bebop.

Spike is 27 years old and appears tall and slender. He has reddish-brown eyes that are both real and artificial, along with voluminous dark green hair. He normally wears a navy leisure outfit with a yellow top and Lupin III-style boots. Spike is a lazy slob and a frequent smoker.

He also possesses a wide range of skills and abilities. Spike also consistently exhibits an extremely clever intelligence, despite his tendency to fail to organize ahead. In Mobile Suit Gundam 00, Ribbons Almark is an Innovade and serves as one of the central villains. Gundam 00’s Season 1 showed Ribbons as Alejandro Corner’s personal assistant, while Season 2 portrayed Ribbons as the Innovators’ head.

He had a youthful charisma that was frequently compared to that of contemporary stars when he first started out. He was affable and soft-spoken. Nevertheless, he is a clever tyrant underneath his naive exterior.

Ribbons is a genetically designed person, developed by Veda and Celestial Beings, the nanomachines in Ribbons’ body prevent him from aging. Ribbons is an Innovade of the fighting type as they demonstrate excellent coordination and quick reactions while effectively using quantum brainwaves. 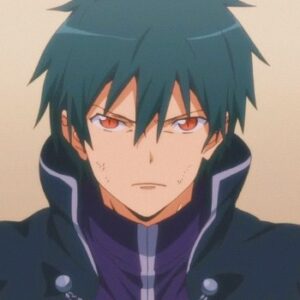 Sadao Maou, also known as Satan Jacob, is the show’s central character. He was previously the Devil King, but as a result of Hero Emilia’s deeds, he was compelled to flee to Earth and nearly completely lost his abilities.

In his demon form, he is nearly three meters tall with bright red eyes and a little untidy greenish-black hair that looks spikey. His body is well-built, with a muscular torso, a thick neck, and toned arms and legs, and he has demonic traits such as horns, hoofed legs, wings, and claws.

Maou appears to be an average-looking, smaller-built young guy when he is in human form.

One of the primary characters in Kamigami no Asobi is the Greek God of the Underworld, Hades Aidoneus. Hades is a tall person with shoulder-length dark green hair that is styled in waves. He has a pale complexion and pointy ears.

He typically dresses up in long, black boots and the school uniform without a belt. In his deity form, he has a black robe with blue outlines, a crown of thorns on his head, and his hair becomes longer. In this form, his curse mark is plain to see. His robes appear to have flames at the ends.

Considering himself to be unlucky and cursed, he is a reclusive person who avoids social situations. He feels that approaching him will cause people to suffer. Everyone finds it tough to approach him due to his aura. Hades is quite warm on the inside, despite his icy exterior. When it comes to expressing his opinions, he appears to be extremely shy. In the anime film High Speed as well as the free series, Ikuya Kirishima acts as one of the central protagonists. He is Natsuya Kirishima’s younger brother. He is currently a student at Shimogami University and competes on the swim team there with his American friend Hiyori Tono.

Ikuya is a young fellow with dark green hair and bangs that fall above his eyes. He has amber eyes and a petite build but is muscular. Ikuya is reserved, pessimistic, and suspicious of others.

Despite being reserved, he doesn’t hesitate to voice his irritation with others, particularly towards his older brother Natsuya. However, it takes him some time to loosen up with his buddies after joining a sports club before he develops a close relationship with them. 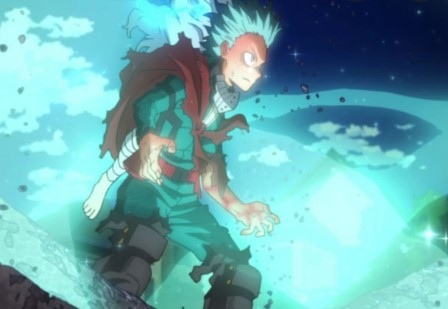 Let’s end the list of 15+ hottest guys with green hair with Izuku Midoriya. He is one of the most popular anime character and has many fan-following. His nickname is Deku and he is the protagonist of My Hero Academia.

He is a shy guy with dark green messy hairs and green eyes. Izuku is the most powerful character in My Hero Academia with the power of All For One.

So there you have it, the list of hottest Anime guys with green hair. Hope you enjoyed going through the list!