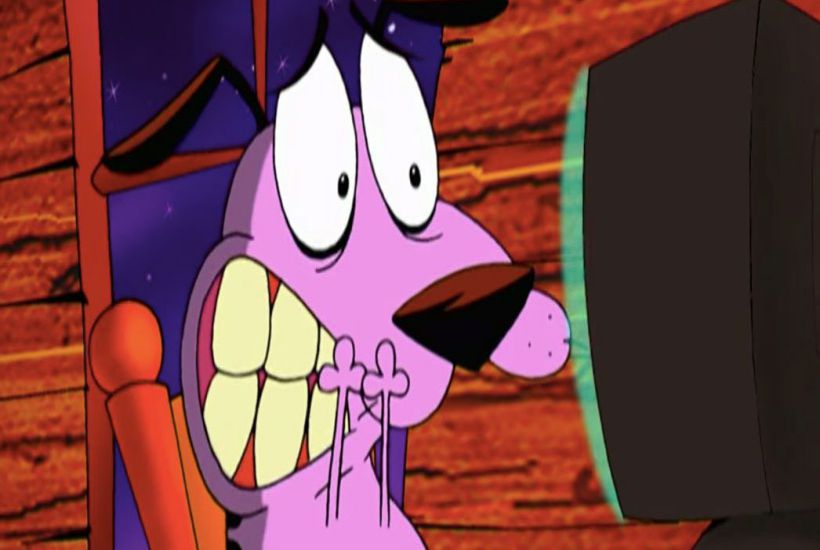 The animated series that we grew up watching on Cartoon Network will always be close to our hearts. Thankfully people now can catch these fun and entertaining series on HBO Max whenever they want. That is why we present you with our list of the Top 15 best Cartoon Network shows on HBO Max 2022.

Not only kids but even adults enjoy these shows. They hold an integral part in shaping our childhood and, it is only natural that we feel nostalgic towards them. Hence without further ado, go ahead and check out our list of Top 15 best Cartoon Network shows on HBO Max 2022.

Kids Next Door or KND is an American cartoon series that started on Cartoon Network in 2002 and ran till 2008. The story revolves around a bunch of kids who use code names such as number one, number two, etc.

They are part of Sector V under the spy organization known as Kids Next Door. Their mission is to fight injustice happening towards kids, which includes homework, and other evil acts that adults commit towards children. They also had other enemies like the delightful children who lived down the lane.

The Powerpuff Girls is another classic animated series that many of us grew up watching, and thankfully now fans can re-watch this on HBO Max. The series follows three super-powered little girls called Blossom, Bubbles, and Buttercup.

Professor Utonium accidentally created them when he spilled some dangerous chemicals while he was trying to create perfect little girls. They use their powers to protect their town from many threats and villains like Mojo Jojo.

This hilarious animated series is a Canadian American show that first started on Cartoon Network on January 4th, 1999 and, the story focuses on three boys, Ed, Edd, and Eddie.

These three are quite different from each other as Ed is the silly one, Edd is the intelligent one, and Eddie is the greedy leader of the pack. Under the leadership of Eddie, these three would try and make money with various schemes, which usually failed.

Ben 10 is one of the most famous animated series that started on Cartoon Network in 2006, and now it is available on HBO Max. Here we see Ben Tennyson, a 10-year-old boy, having many adventures with his cousin Gwen and his grandpa Max.

His life changes when he accidentally finds a mysterious watch called Omnitrix, which gives him the ability to shift into various aliens from all over the universe. These aliens all have unique powers, and he uses these powers to protect the earth and fight enemies.

This animated show is the 13th series in the Scooby-Doo franchise and, it was announced on HBO Max in 2021. The series focuses on the Mystery Inc. gang, who now solve bigger mysteries and meet many celebrities along the way.

We can see many important guests in this series, including Halsey, Sia, Chris Paul, Neil deGrasse Tyson, Mark Hamill, etc. We will also see some fictional characters such as Batman, Sherlock Holmes, Wonder Woman, etc.

Summer Camp Island is an animated series created by the same creators of Adventure Time. This show revolves around Oscar and Hedgehog, his best friend who just arrive at their summer camp.

Now that they are alone away from their parents, they meet many mysterious creatures such as witches, unicorns, monsters that live under the bed, etc. Here, there are also pools with sharks in them and, one can even make friends with the moon. All in all, this summer camp provides a unique and very bizarre experience to both of them.

Foster’s Home for Imaginary Friends is another cartoon series that premiered in August 2004, and it is now available on HBO Max. In this series, we see an alternate reality, where imaginary friends now coexist with humans.

Once a child thinks about an imaginary friend, they come into life and, after the children outgrow these friends, they go to an orphanage. Here, these characters stay until another child adopts them.

Madam Foster, the lovable founder, is the one who runs this place.

The Grim Adventures of Billy and Mandy is another animated series that started in 2003 and, now it can be seen again on HBO Max. The story centers around Billy, a happy-go-lucky and stupid boy, Mandy, a cynical girl, and Grim, a death reaper.

Grim becomes the slave of these two after they win a limbo match by cheating. At first, even though Grim was not at all happy about their friendship with him, he slowly started to warm up to them and developed a genuine friendship with them.

We Bare Bears is a Cartoon Network original series, that is now available on HBO Max for fans to watch. In the show, we see three bears, who are adoptive brothers called Grizzly, Panda, and Ice bear.

We see how they try to mix and interact with human society by doing things like making human friends, buying human foods, etc. They try their very best to be civilized like the humans, but in the end, they realize that they only have themselves to support each other.

This classic animated series first started in 1996 and, now fans can watch it on HBO Max. The story revolves around Dexter, a genius scientist boy, and the inventions he invents in his secret lab in his bedroom.

He also has an airheaded sister called Dee Dee, who often plays around in his lab and accidentally breaks many of his inventions. Even the parents have no idea about the lab. He also has a rival called Mandark, another genius boy who tries to compete with Dexter in everything.

Here we can see our favorite characters going on new adventures and involving themselves in more hilarious situations. The series also boasts better animation and a new cast for our beloved characters.

This animated series is a British American series that first aired in 2011 and is now available on HBO Max. The series revolves around Gumball, a 12-year-old blue cat, and Darwin, his best friend, and brother.

We see them going on their own adventures and interacting with their other family members like Anais, his sister, Nicole, his mother, and Richard, his father.

Courage the Cowardly Dog is one of the most famous cartoon series in the Cartoon Network that ran from 1999 to 2002. The story revolves around a pink dog named, Courage who, even though has a name like that, is quite cowardly.

He lives with Eustace and Muriel, an odd couple who resides amidst nowhere and often entangle themselves with creepy monsters, aliens, etc. We see Courage trying his best to overcome his fear and protect his family from these unknown creatures.

The animated series Samurai Jack is a really famous animated series that ran on Cartoon Network from 2001 to 2004. The story follows a young Prince called Jack whose empire, Aku, the demon destroys while Jack was still a child.

He was able to escape and, from then on, he started to travel the world to train himself to defeat Aku. But Aku sends him to the distant future where he has to fight with various robots and aliens.

Adventure Time is one of the most famous animated series, that premiered on Cartoon Network in 2010. The plot revolves around Finn, a 12-year-old, whom Jake’s parents adopted after finding him in the woods.

Finn is a human, while Jake is a dog who has the magical power to change his shape. Together, they go on many adventures in Ooo, which is a fantastical world, where they fight monsters, save princesses and even explore dungeons.

On that note, we conclude our article on the Top 15 best Cartoon Network shows on HBO Max 2022. Hopefully, we were able to include every show that you enjoyed while growing up and, even if you didn’t watch some of them, go right ahead as they are very entertaining. Stay tuned for more interesting articles on your favorite topics.

Q1. What Cartoon Network shows are on HBO Max?

Ans. There are many cartoon network shows on HBO Max. We have mentioned some of the best ones above.

Q2. How can we watch Cartoon Network on HBO Max?

Register with their subscription plans.

Search the name of the show and start watching.

For countries where HBO Max is not available, use a VPN to solve that issue.