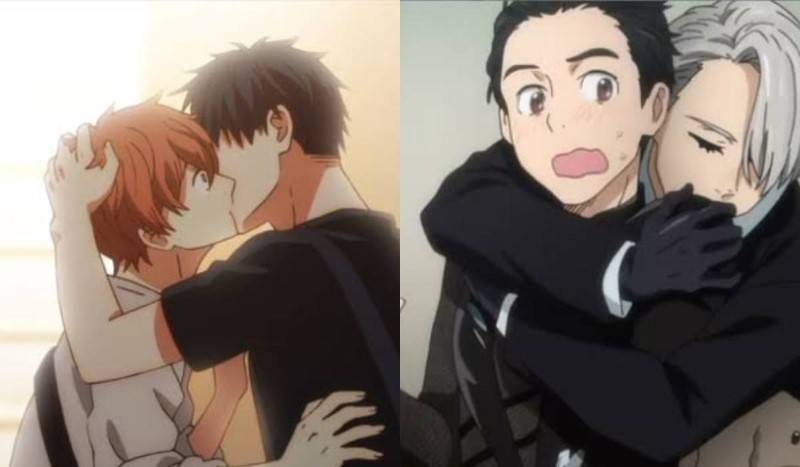 Boys’ Love is one of the small genres in the anime world, but recently it’s gotten lots of attention from fans. Due to it not being as popular as other genres, it is very hard to find for streaming. But don’t worry, we provide you with a fantastic list of the 10 best BL anime on Netflix.

However, the four low-ranked anime on this list are not completely BL anime but feature some of the BL characters. Due to their brief overview of the boy’s relationship and availability on Netflix, they deserve to be on this list. 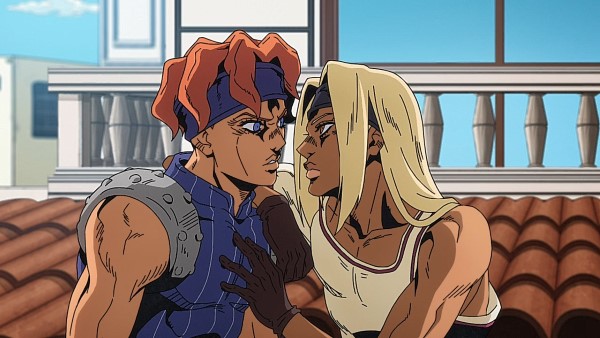 We added JoJo’s Bizarre Adventure to this list because it contains some homosexual relationships. It mainly depicts the adventures of Jojo, who fights against mysterious spirits.

In every part of this franchise, there is a new protagonist and a new story, but his name remains constant, i.e., Jojo. 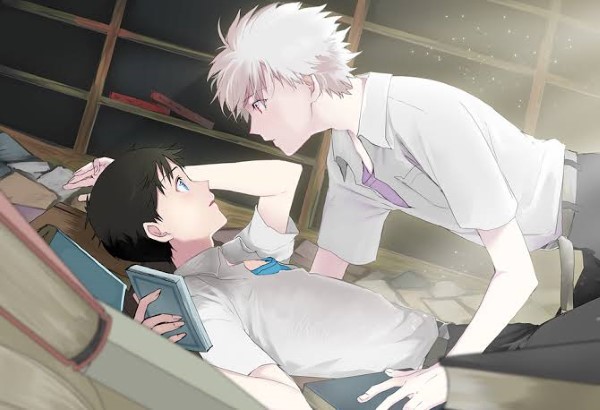 Neon Genesis Evangelion is not completely a BL anime or Yaoi romance but features a boy’s romantic relationship. Kaworu Nagisa has a deep affection for Shinji Ikari, the series’ main character, and their relationship is well-liked among fans.

Fans regard them as KawoShin, in which Kawo comes from Kaworu and Shin comes from Shinji.

They also once took baths together and held hands with each other, which is why we added it to this list. 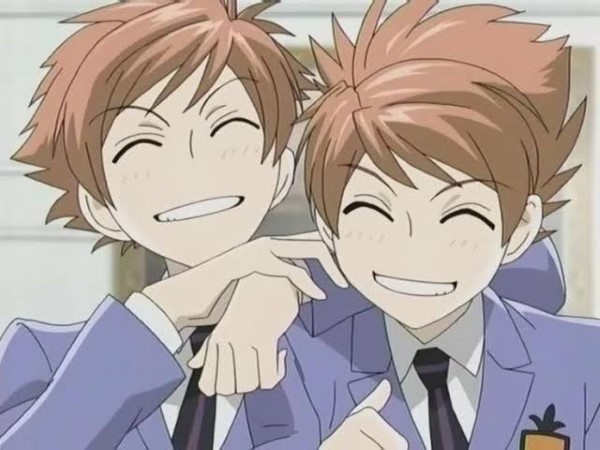 Ouran Highschool Host Club is a reverse harem anime series filled with plenty of attractive male characters. It is set in a unique school known as Ouran Academy, where only rich kids are allowed to enroll.

This series is centered on Haruhi Fujioka, whose gender is debatable, but she portrays herself as female.

Her activities in the school’s club are quite humorous and interesting, making it one of the popular comedy anime series. It also shows some of the best homoerotic scenes that you can expect from any BL anime. 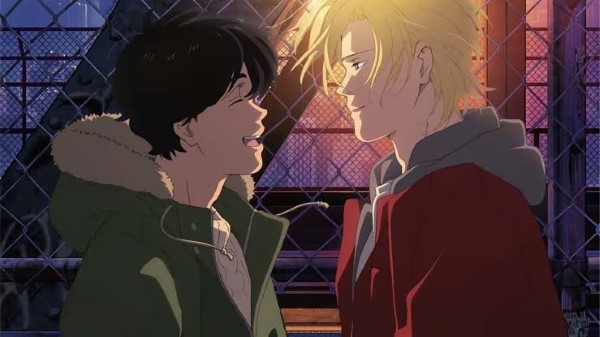 Banana Fish is one of the most popular anime series, filled with intelligent and attractive characters. It demonstrates a homoerotic relationship between Eiji Okumura and Ash Lynx, the series’ main character.

As a consequence, we may say that “boy’s love” is the subgenre of the series. It is an excellent choice for you to explore their beautiful boys’ relationship and experience their pure love. 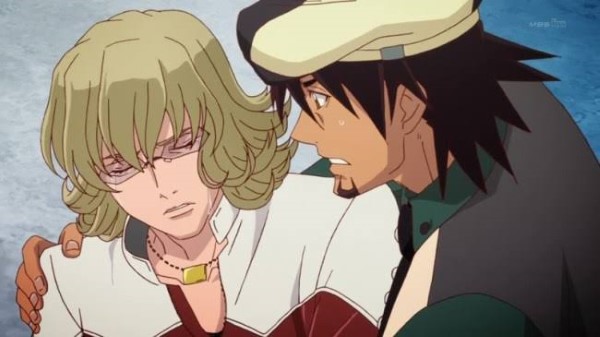 They both have great respect for each other and provide us with lots of emotional moments. It is very underrated as BL anime, but its way of depicting boys’ love is unique and refreshing. 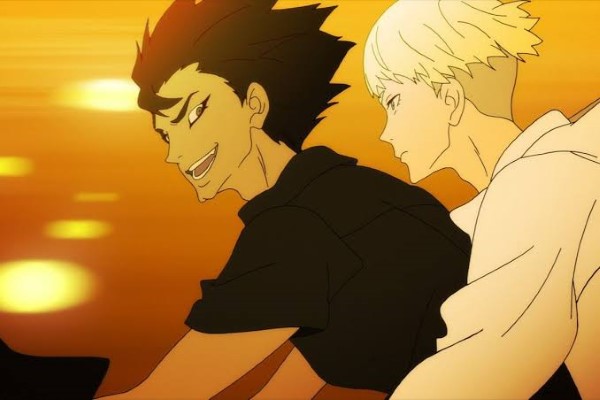 Boys’ love is not the central theme of the Devilman: Crybaby anime series. However, it deserves to be on this list because it features some LGBT characters such as Akira Fudo, Ryo Asuka, and Moyuru Koda. 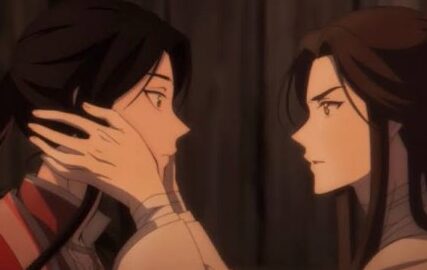 Heaven’s Official Blessing is a Donghua series and follows the story of Xie Lian, an unlucky god who is abandoned by the god realms. After coming into the mortal realm, he met the Ghost King, Hua Cheng, and gradually developed a romantic relationship with him.

Although it is a Donghua series, its animation and music are fantastic, and you will like them. Their relationship seems so realistic and refreshing, which is why it is regarded as one of the best BL anime on Netflix.

3. The Stranger by the Beach 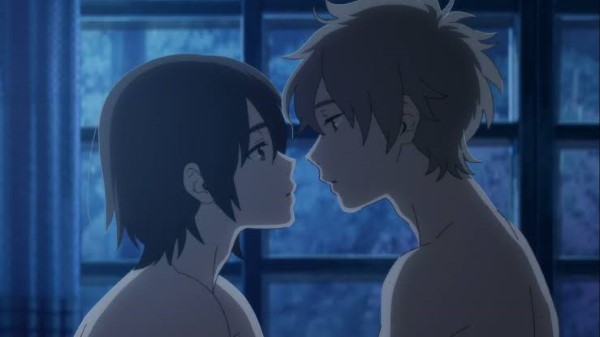 The Stranger by the Beach is an anime movie adaptation of the famous BL manga series “Stranger Series.” It was beautifully directed by Akiyo Ohashi and was released in 2020.

The story of this film revolves around two guys. The first is a famous gay inspirational novelist, Shun, and the second is an ordinary young guy, Mio.

They first meet on a beach that Mio frequently visits, and as time goes on, Shun loses control of his emotions and drops the proposal to Mio. It would be extremely interesting to see whether Mio accepts or rejects his offer. 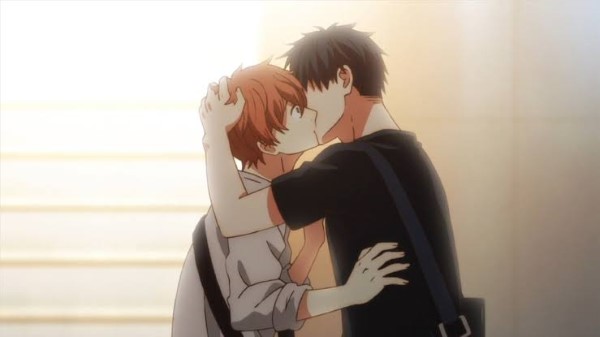 Given is one of the greatest BL anime on Netflix and depicts dual romantic relationships between high school boys. Its beautiful music and amazing animation make it popular among fans.

All of the boys were musicians and were skilled at their musical instruments, such as guitar, bass, and drums. If you are a great fan of BL anime, then you have to watch this series once; otherwise, you will regret it.

Yuri!!! On Ice is one of the most popular sports anime and the greatest BL anime on Netflix. It primarily focuses on figure skating, which is a sort of ice skating performance.

It depicts a beautiful love story between two guys. The first is Yuri Katsuki, and the second is Victor Nikiforov, his idol. Victor Nikiforov is the Russian figure skating champion, while Yuri is a trainee in the Figure Skating Grand Prix. They demonstrate that love is blind to gender, religion, caste, or economic status.

We’ll wrap up this article by going over each anime on the list. We hope you like this fantastic list and stay tuned with us for more interesting anime recommendations.