Skip to contentHome » Anime & Manga » Who is the Fastest Anime Character Ever? (With Reason) 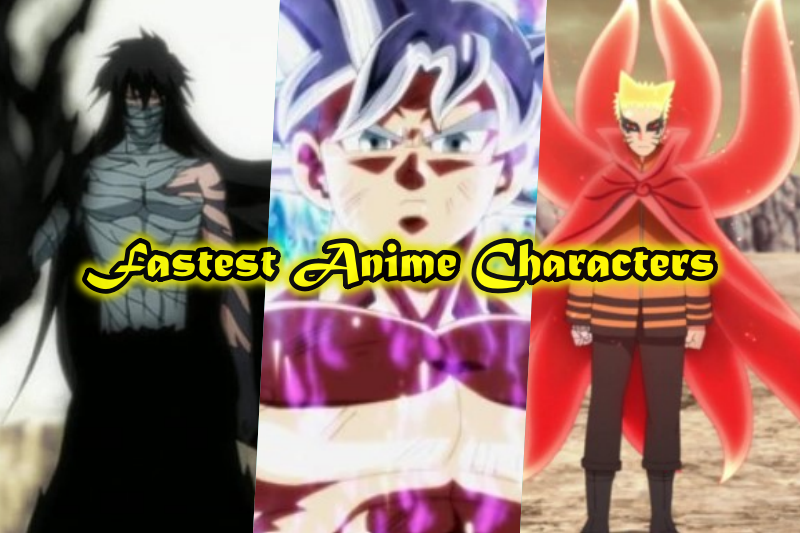 Speed is not only one of the greatest advantages to have in a battle, but it’s also one of the coolest features a character can have. Anime has produced its fair share of such characters who possess great and unbelievable speed. A lot of anime (and manga) characters show amazing feats of speed that are impossible in the real world.

But even among them, there are those who are unbelievably fast. But there can be only one who’s the fastest of them all. So, we’ve taken the time to look into the brilliant speedsters of anime and found the fastest one. And the fastest anime character ever is none other than Whis from Dragon Ball.

Who is the Fastest Anime Character Ever? 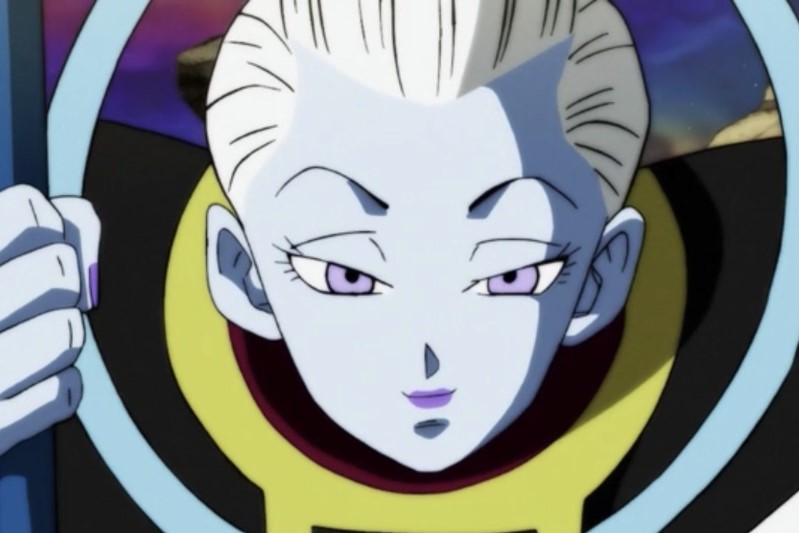 Whis is undeniably the fastest anime character ever. His speed is extremely intense and is understandably difficult to calculate. Even so, if we have to estimate a number for his speed, it’d be around 3,041,280,000,000 miles per second. He can travel through different galaxies in no time.

No other character, in both the series and in this list, comes even close to it, making Whis the irrefutable fastest anime character ever.

Whis is first introduced in Dragon Ball Super along with his assigned deity, Beerus. He is the Guardian Angel Attendant of Beerus as well as his martial arts master.

As evident by both his positions, he is a very powerful being with tremendous speed in his possession. In fact, he is the strongest and fastest being in Universe 7. He moves through vast distances in space and nebulas in an instant, as seen when he effortlessly travels to the 65th Nebula and back.

In the movie Dragon Ball Z: Resurrection “F“, Whis is so fast that he can react and attack before his opponents’ synapses can reach their brains. He can also very easily keep up with both Goku and Vegeta without breaking a sweat and can stop their joint attack with a single finger. Even with Goku in his Ultra Instinct, the Saiyan fails to take a single decisive hit on Whis. 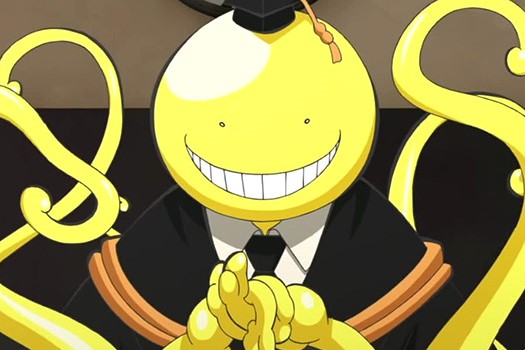 Koro Sensei is an unusual being currently acting as the homeroom teacher of Class 3-E at Kunigigaoka Junior High School. He is accused of destroying a large part of the moon, leaving it in a permanent crescent shape. Before turning into this being, Koro Sensei was an infamous assassin known as The Reaper.

Koro Sensei is inhumanly fast, so much so that he can leave afterimages of himself, giving the impression that he’s in many places at once. He can move up to the speed of Mach 20, i.e., 20 times the speed of sound. The only known things able to surpass him in speed are the reusable space shuttle and the reformed Reaper. 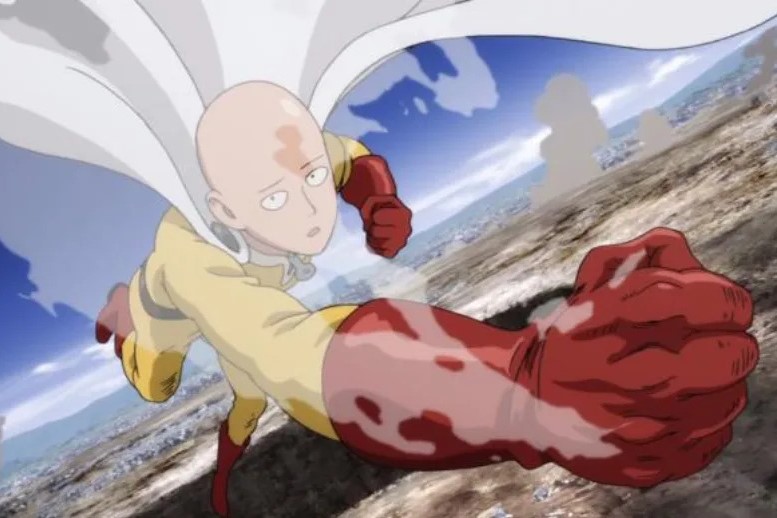 Saitama is a superhero and the as of yet strongest being in the universe. He was a normal human until he trained to the point of baldness and godlike power.

It seems redundant to explain his strength and speed since his powers seem never ending. His speed is so great that defeating a superfast character like Sonic is nothing to him.

Like Koro Sensei, Saitama is also able to move fast enough to leaves several afterimages of himself. He’s also seen to take only 1.5 seconds to reach Earth from the Moon, which makes his speed around 159,236 miles per hour.

We know that many fans disagree with putting Saitama in 9th position because he may be faster than even the speed of light. But it is still yet to reveal. During the fight against Garou, he used wormhole to travel back to Earth. 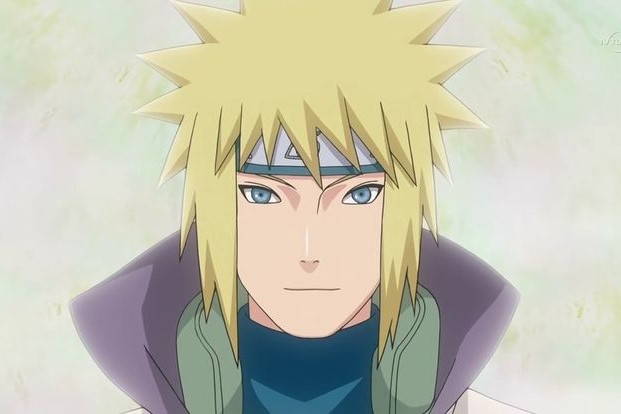 Minato Namikaze is the Fourth Hokage of Konoha and the father of Naruto Uzumaki. A very accomplished shinobi, Minato was feared by his enemies as the Yellow Flash of Konoha and the youngest person in Konoha history to become a Hokage.

Minato is one of the fastest characters in the series, surpassed only by his son. During his life, Minato worked further on the Body Flicker technique and developed it into the highly efficient Flying Thunder God.

The Flying Thunder God allows Minato to transport to any place he’s marked, enabling him to cross insurmountable distances within an instant.

Even without the technique, he possesses amazing speed and reflexes. His estimated speed is around 270,000 miles per hour, which is around 787 times the speed of sound. 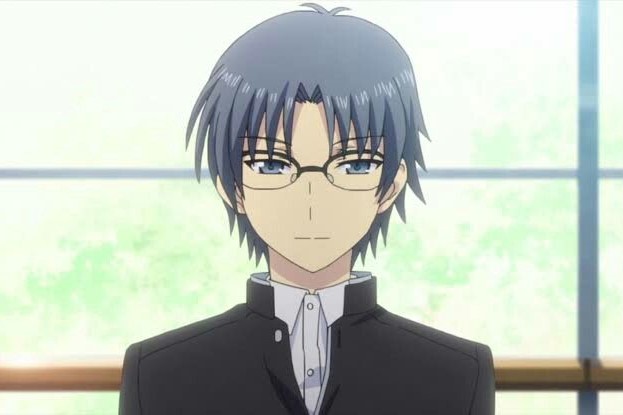 Jojiro Takajo is a high school student at Hoshinoumi Academy and a member of the student council. He possesses an ability called Charge that allows him to move at a tremendous speed in one direction.

To others, it almost looks like he’s teleporting. Thanks to his ability, he becomes so fast that time slows down around him. That indicates his speed is just a little lower than the speed of light, around 670,616,254 miles per hour or Mach 874,030. 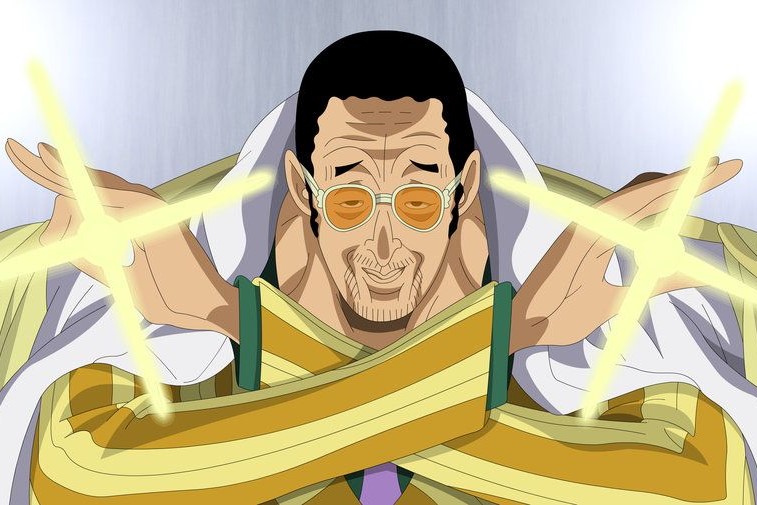 Borsalino, or Kizaru, as he is more famously known, is one of the three Marine Admirals for the World Government.

Kizaru ate the Pika Pika no Mi, which gives him the ability to move at the speed of light, which is 670,616,629 miles per hour. This makes Kizaru not only the fastest man in One Piece but also one of the fastest in general. 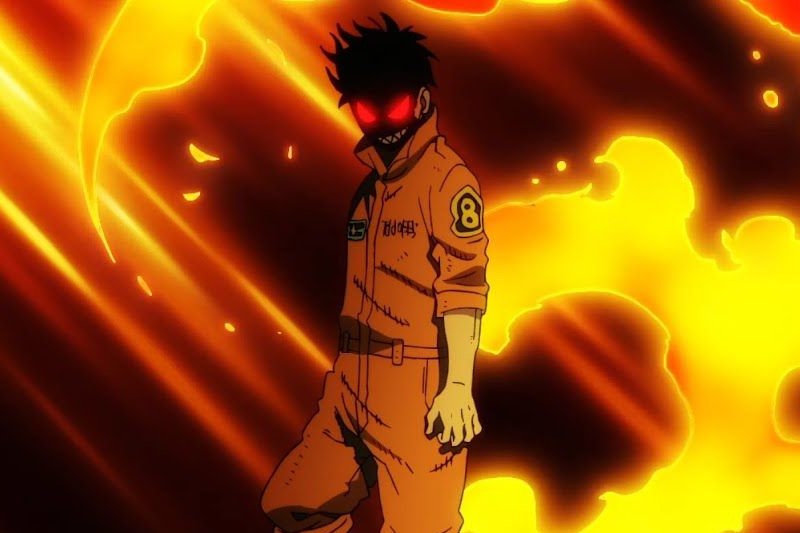 Shinra Kusakabe is a Fourth and then Third Generation pyrokinetic working for Special Fire Force Company 8.

After being connected with his Adolla Burst, Shinra receives power from the Adolla Grace, which allows him to channel the speed of light.

This causes his body to break into subatomic particles, which surpass the speed of light, and lets them go a few seconds back before Shinra’s body breaks. This undeniably makes Shinra one of the fastest anime characters ever. 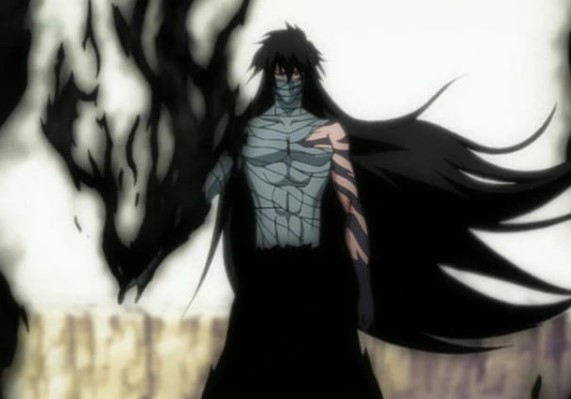 Ichigo Kurosaki is the Substitute Shinigami who harbors a Hollow inside him. He is also the son of Isshin and Masaki Kurosaki who are a Shinigami and a Quincy respectively. Ichigo’s Zanpakuto is called Zangetsu and his Bankai form has changed a number of times throughout the series.

Ichigo’s speed has never been explicitly discussed in terms of numbers and such. But there are many instances where he reacts faster than light or surpasses people in speed who are also as fast as light. His speed is expected to increase even more after he achieves the final stage of his Bankai. 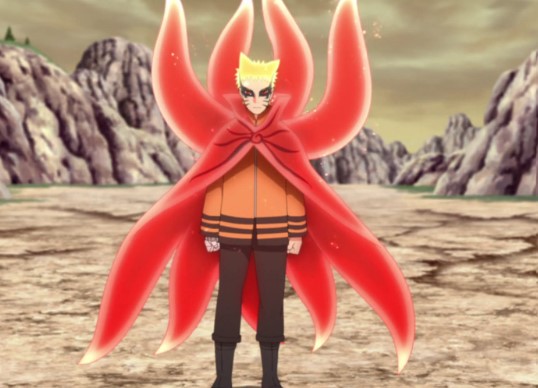 Naruto is the Seventh Hokage of Konoha and the jinchuriki of the Nine-Tails. He is the only person fast enough to surpass his father, the Yellow Flash of Konoha.

Naruto was already pretty fast for a ninja but after getting the power from the Sage of the Six Paths, his speed becomes unbelievably fast. He’s able to cross huge amounts of distance in less than a blink and moves faster than can be normally perceived.

In Boruto, he is seen to move faster than light. In his Baryon mode, this already incredible speed increases even further, effortlessly catching Isshiki’s chakra bars which come at a speed even Sasuke’s Sharingan has trouble seeing. 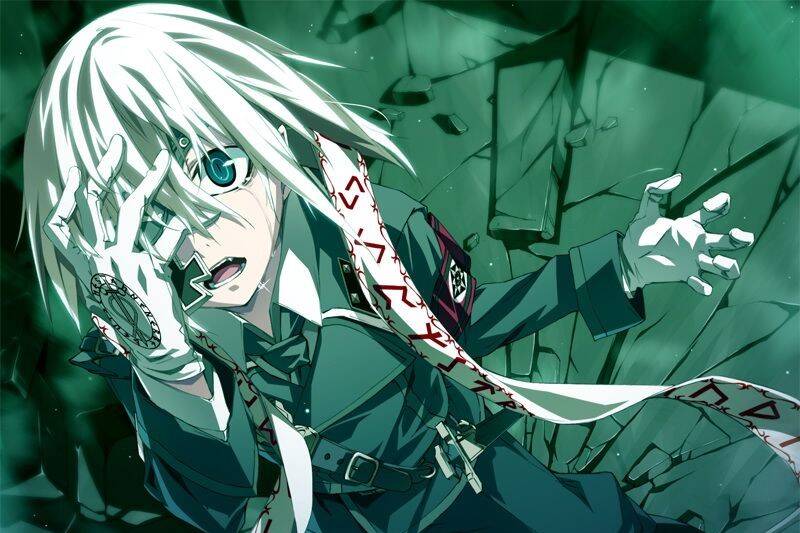 Wolfgang Schreiber was a member of the organization Longinus Dreizehn Orden and occupied the Seat XII at the Black Round Table. He’s also known by his Demon Name Hrozvitnir.

Wolfgang’s ability is an interesting one where he will always be faster than his opponent, no matter how fast or slow they are. This gives Wolfgang practically immeasurable speed.

His opponent can have the speed of sound and he can still beat them. The only way to defeat him would be by stopping time altogether. But if we stay within a reasonable amount, his speed can surpass at least the speed of light. 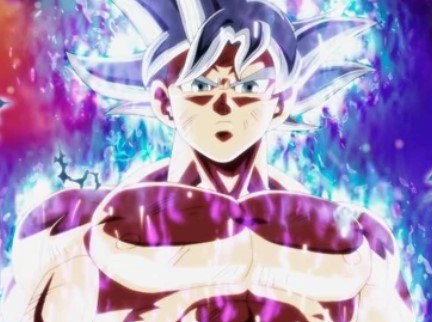 Son Goku is a Saiyan who was raised on Earth. He grows to be a man who loves fighting and getting stronger, and has saved Earth and the universe countless times from destruction along with his friends.

Goku is one of the strongest characters ever, in his series and in general. He continues to train himself and keeps getting stronger as the story progresses, working on both his strength and speed.

Needless to say, he’s an extremely fast character. According to Dragon Ball Z: Kakarot, Goku’s power levels are somewhere around 10 billion as of the Babidi Saga. That means currently Goku’s speed is around 22.321 trillion miles per hour which is approximately 33,314 times the speed of light.

Apart from these characters, there are also plenty of characters who have achieved great heights of speed. For instance, Azusa from I’ve Been Killing Slimes for 300 Years and Maxed Out My Level, Killua Zoldyck from Hunter x Hunter, Jotaro Kujo from JoJo’s Bizarre Adventure Part 3, Luck Voltia from Black Clover, and others also are superhumanly fast and must be mentioned. With this, we conclude our ranking of the fastest anime character ever.