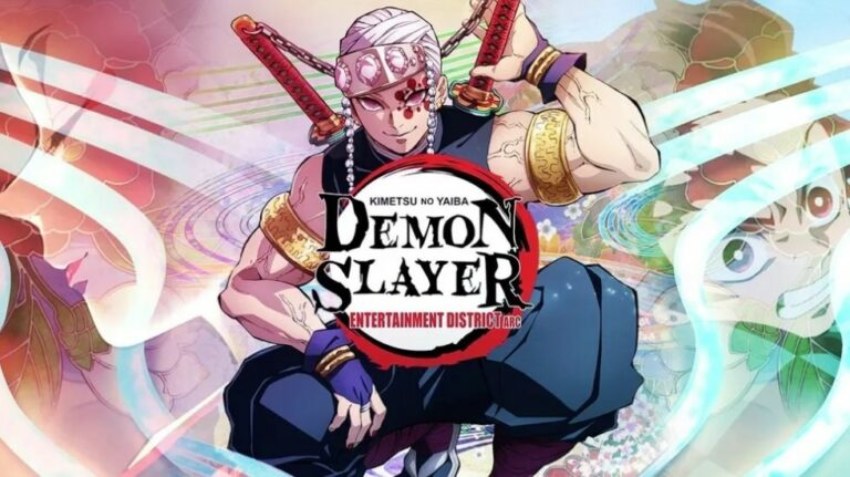 The Demon Slayer series sure has garnered a lot of hype and attention. And so with its release close, we bring to you How to Watch Demon Slayer Season 2 For Free?

Season 1 of the series was soon followed by the Mugen Train Movie. In these two, we’ve been introduced to most of the founding characters. Thus we have been given an idea of what to expect in the future.

In Demon Slayer Season 2, we will be introduced to many new faces. These include those of Tengen Uzui and his wives, the Upper Rank 6 demons – Daki and Gyutaro, and a few other Hashira.

The series is based on the manga’s Entertainment District Arc with the prominent appearance of our favorites- the Kamado siblings, Inosuke and Zenitsu. Since they will be going undercover under the orders of Tengen Uzui, the Sound Hashira, we can surely expect comedy.

How to Watch Demon Slayer Season 2?

Although no official announcement has been made, fans are expecting to see Season 2 released in the October 2021 – early January 2022 window. A simulcast of the same has been confirmed by Aniplex for the US, UK, and other territories.

So far Crunchyroll is the most accessible and free legal anime website. It provides users with anime good viewing quality while supporting the creators.

It also has a paid premium feature that grants access to simulcasts and ad-free episodes.

Although Funimation is well-known, it isn’t accessible in most regions and thus requires a VPN. Similar to Crunchyroll, the paid premium feature comes with ad-free benefits.

However, with the recent Crunchyroll-Funimation merge, we’re not sure how or if the accessibility or any other functions will change.

Hulu is very similar to Netflix. It doesn’t focus on anime series exclusively but also has a limited yet updated anime selection.

In terms of subscription too, users can access the site only after signing in with credit or debit card details. However, users do get a month of free viewing after doing so.

However, fans are requested to note that the release will be English subbed. The dubbed version will be expected to release in the latter part of 2022.

How to Watch Demon Slayer Season 2 for Free?

While we all want to support and encourage the creators through official websites, we also understand that it may not always be possible. And so, it is also important to make space for anime fans that do not possess the financial ability to support the creators directly.

To be clear, we do not support illegal streaming of anime in any form, and although understandable, it may not be excusable. Thus we would like to urge fans using illegal sites to create a Crunchyroll account that will provide a free viewing platform perfect for rewatching anime.

Anyways, if you still find anime inaccessible, we’ve got you covered. The following are the ways to watch Demon Slayer for free.

Watch Demon Slayer Season 2 For Free on Netflix- Netflix is one of the most popular legal sites. Thus fans can support the creators directly through Netflix. However, the free aspect only lasts for a month.

Furthermore, you can cancel your subscription at any point in time, which means it does not require a financial commitment.

In case you need help doing that, we’ve got you covered.

At this point, we’ve been facing many losses in the anime pirating community due to legal action against them. Thus we request that fans refrain from mentioning the names of private websites on social media platforms openly.

However, here we have noted for you a few websites that you can use temporarily until you can access legal ones.

All of these websites can be accessed through a simple google or browser search. However, some of them may require a VPN to work efficiently due to region restrictions.

Many fans on Telegram have created channels/communities that upload series episodes that can be downloaded. Thus fans interested can join some of the few communities mentioned below.

These communities include popular anime that are uploaded about a month after the official release. While we’ve noted down the links for you below, we cannot directly tag them for obvious reasons and so we ask for your understanding.

With the widespread popularity of anime, torrent sites have been making it easier for people to watch and download series. While these sites can easily be accessed by a google search of ‘Anime on Torrent’.

We would like to recommend that fans are sure to use a VPN while doing so. This will help with ensuring IP address privacy.

Since VRV is mostly accessible only to the US, fans can access it while using a VPN to watch anime. However, the availability of Demon Slayer Season 2 hasn’t been confirmed on it yet.

Anime applications have recently been on the rise especially on Google Play Store and google itself. And so below we’ve noted for you some apps available and accessible for android and IOS.

The release date of Demon Slayer Season 2 can be expected in the October 2021 – early January 2022 window. This, however, is only a prediction since there hasn’t been any official announcement about the official release date.

Regarding the plot, according to official tweets from anime news handles, the main focus will be the Entertainment District Arc. Thus we’re not sure as to how much of the series will be covered.

Season 2 will begin with the trios recovery and training at the Butterfly Estate. This is followed by Tanjiro’s search for clues of the Breath of Sun at the Rengoku residence.

As this doesn’t work out, they are soon met with Tengen Uzui looking for demon slayers to work undercover for him. As Tanjiro, Inosuke, and Zenitsu volunteer, they are taken to the Red Light District of Japan.

Assigned with the task of searching for Tengen’s 3 wives while keeping an eye out for a demon, they are soon sent to brothels. As they work undercover here, they soon undercover the demon’s tracks and end up facing the Upper Rank 6 demon siblings.

Naturally, here we see a lot of action with the siblings Daki and Gyutaro. Joining the action will be Nezuko and the 3 wives of Tengen. And of course, the series will add its special touch of emotional connections and sympathy for all characters.

Ultimately after the battles, the series will most likely end on a suspenseful note. Thus pointing that it may end with the meeting of the Upper Rank demons with Muzan. However, the series may even extend to the Swordsmith Village Arc.

With this, we conclude with all the information we have on Demon Slayer Season 2. And now before we conclude, we have a section for the Frequently Asked Questions to help with any doubts.

Q1. Where can I watch Season 2 of Demon Slayer?

Ans – As mentioned above, Demon Slayer Season 2 is available on Netflix.

Q2. Will Demon Slayer Season 2 be on Netflix?

Q3. What app can I watch Demon Slayer Season 2?

Ans – Anime apps like AnimeFox, VRV, Shiro.is, and AnimeHeaven will have Demon Slayer Season 2 a few days after its official release.

Q4. Will Demon Slayer season 2 be on Hulu?

Ans – Yes, Demon Slayer Season 2 is expected to be released on Hulu soon after its official release.

Ans – Nezuko should be around 13 years old in Demon Slayer Season 2.

Ans – Since the official plot hasn’t been released officially, we cannot say so. However, you may find out by reading the manga.

With this, we conclude with our article on How to Watch Demon Slayer Season 2 For Free? We hope to have informed you of some interesting news and facts through our explanations.

We’ll be back soon with something new and informative so until then, stay safe, stay tuned, and stay hyped.