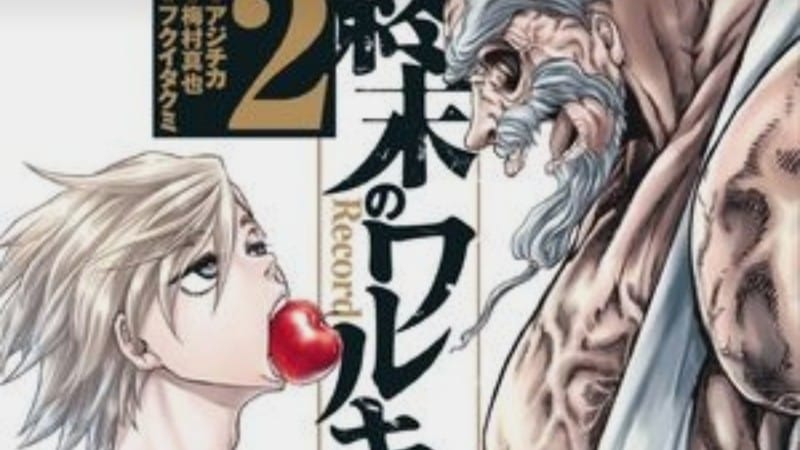 Record of Ragnarok first began its manga release in 2017. It is written by Shinya Umemura and Takumi Fukui and illustrated by the famous trio Ajichika. As of May 2021, it has a total of 47 chapters spanning over ten volumes. The series plays along with genres of supernatural superpowers and fantasy. Its plot revolves around Gods who hold a Gods Council Meeting every thousand years to decide the fate of humanity. After 7 million years of human existence, the Gods decide that humans must now be eradicated.

The main story of the manga develops when a valkyrie called Brunhild defends humanity and places before the Gods the option of Ragnarok. Ragnarok is a 13 vs. 13 fight to the death between Gods and humans. The first team to win 7 victories would be declared the winner, and so humanity’s fate is placed under these conditions.

So far the manga continues with Round 6 of the battle fights with the Gods currently leading. Although we have had a variety of battles display to us the most intriguing one is Adam versus Zeus. And so let’s head to the explanation of the power of Adam in Record of Ragnarok.

Power of Adam in Record of Ragnarok-

Adam is the very first man created in the image of God. He appeared to us in chapter 7 and round 2 of the manga. He is displayed to us as a strong young man with a powerful physique with the divine weapon of a knuckle duster. In the manga, he displays a unique ability called Eyes of the Lord, which allows him to imitate the attacks of his opponent and return them without much delay. He is titled to be the man with the strongest will by many and is also known as the father of humanity. Another famous title given to him is the one the gods despise. This title is particularly made clear in his past arc, where he displays how loyal and committed he is towards protecting his family. When Eve, his wife, was accused of a misdeed she did not commit and was cast out of Paradise, he not only willingly joined her but also caused damage to those who hurt her. Further, he even commands praise from not only humans but also Gods for his powerful physical skill and strength.

Ability of Adam in Record of Ragnarok-

Given the fact that Adam is made in the exact image of God and is meant to imitate a part of him according to religious scriptures, it is only natural that he inherited some part of Zeus’ power. In his battle against Zeus, we witnessed that he was able to harm Zeus with a single punch. Even when combined with his knuckle duster Volund, the damage dealt was considerably high.

If you’ve read the chapters of Round 2, it is made known that Adam wasted no time with his attacks and counterattack. Even when Zeus threw a punch at 0.00000001 seconds, after using Eyes of the Lord, Adam was not only able to dodge but also counter this attack.

Yes, we’re all aware that he was titled to be the man with the strongest will in all of humanity. His impeccable mental strength and his obstinate determination to achieve his goal while raising the spirits of his children is something truly admirable. Further, even as he faced difficulties that arose due to the overuse of his power, he still stood strong and gave his best.

The Eyes of the Lord was another gift that Adam achieved due to being crafted to the likeness of God. This ability allows him to observe, break down, and recreate an attack move performed by his opponent. Even when Zeus began throwing punches at a very high speed, he was able to counter each attack within milliseconds. The only drawback of this ability is that it was incompatible with his mortal body. If it were compatible, then maybe the outcome of this battle would be different.

Some may say that the battle between Zeus and Adam was a little unfair considering the godly power available to Zeus and the fact that he has more battle experience than Adam. Further, with his continual barrage of attacks, the difference in power was made clear. However, not once did Adam back down or give in to the attacks. Even when he knew he had passed his limits, he continued to stand firm and work through every attack while thinking of a counterattack.

Adam vs. Zeus in Record of Ragnarok-

The fight between Adam and Zeus consisted of 4 main attacks initiated by Zeus and then copied by Adam. Meteor Jab is a barrage of multiple punches thrown at high speed that was used in an attempt to overwhelm Adam. The Divine Axe was a lower-body kick that was supposed to be a surprise attack. However, this attack, like the previous one, was dodged due to the use of Eyes of the Lord and Adam’s flexibility.

Naturally, the attacks that failed to meet their mark were disappointing, but when even The Fist that Surpassed Time was countered, it only further infuriated Zeus. And so we had the transformation of Zeus into his final form Adamas. In this form, Zeus can condense his energy through the compression of muscles and then expel this energy through his first.

Ultimately Adam’s eyes began overheating and thus reduced the efficiency of his movements and exerted an immense amount of strain on his body. Although Zeus was going through a similar situation, it was probably his experience in the Titanomachy that helped him hold out till the end. However, even with the knowledge of the obvious outcome, Adam stood ground and ended the battle with a smile.

How powerful is Adam in Record of Ragnarok?

Adam’s introduction made by Heimdall mentioned that he used raw power and that he preferred to fight barehanded. Even Zeus himself admitted that if it were a battle of endurance Adam would have won. And so the question arises how strong exactly is Adam?

In terms of physical strength, he ranks way above any mortal and could even counter the strength of Gods. During his battle, Ares, the God of War, mentioned that even if he trained for thousand of years, he would still be no match for Adam. This tells us that if Adam were to fight Raiden, Shiva, or even Heracles, he would probably win. This is because Adam can interpret and recreate each move thrown at him at a very high speed that would not only confuse his opponents but also render their skills useless.

In a fight with armed opponents like Thor, Lu Bu, Poseidon, or Sasaki, Adam would have lesser chances of survival but higher chances of winning. At most, using the Eyes of the Lord, he would be able to dodge every attack.

To conclude, we like to say that overall, Adam has the potential to be the strongest character in the series and currently probably is. Because he can watch, learn and recreate an attack he sees in seconds, is it something that an opponent would find annoying to deal with.

When comparing him mortals, it is important to note that he always has the upper hand as he is created in the likeness of the Gods and therefore possesses most of the abilities other than the physical manifestation of a superpower. We’ll be back again with another article to keep you informed. Until then, stay safe, stupid tuned, and stay hyped.