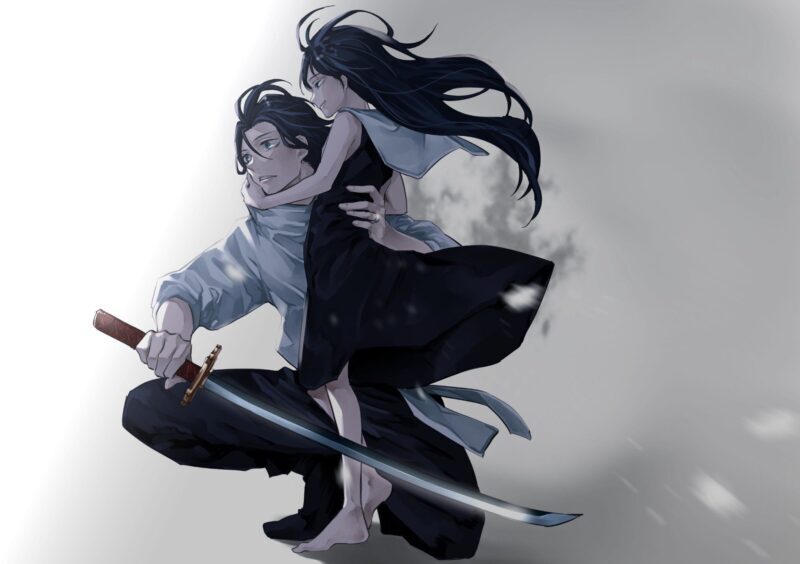 The Japanese shōnen manga Jujutsu Kaisen by Gege Akutami began its journey in 2018. The 15 volume, 150 chapter manga showcased the genres of supernatural, adventure, and dark fantasy and has thus attracted fans with its animation released in 2020. Its unique, varied characters and the intriguing use of cursed techniques creates scope for action-packed scenes and fun friendships, and if you’ve read Volume 0, you’ll know what we are talking about.

Volume 0 of the manga series focuses on the backstory of Yuta Okkotsu and takes place before the manga introduces our protagonist Itadori Yuji. This 4-chapter volume introduced us to Yuta Okkotsu, whose name was a mere whisper before the Shibuya incident arc. After inheriting a special affinity for cursed energy through his bloodline and watching the death of his friend, Rika, Yuta ends up losing control and cursing his dead friend into becoming a cursed spirit. And so, this leaves us at the starting line of discussing the Power of Yuta Okkotsu. Warning, Spoilers Alert for anime lovers.

Initially, we met Yuta as a frightened, anxious teenager looking to avoid trouble and scared of the uncertainties of his own ‘guardian,’ Rika, as she severely injures four school bullies by shoving them into a narrow locker. After being titled special grade jujutsu, he ends up joining Tokyo Jujutsu High, where he meets Maki, Inumaki, and, all thanks to Gojo. The bonds he forms with the three later teach him new skills and how to use them whilst controlling his immense supply of cursed energy.

The bond between Yuta Okkotsu and Rika Orimoto can be described as a bond of love. As kids, Yuta promised to marry Rika and be with her forever, but after her death and the simultaneous awakening of Yuta’s flow of cursed energy, he ends up accidentally cursing her with his love and grief. The ring that was used to seal the promise of togetherness then became a channel between the Queen of Curses and him, making Rika his guardian and companion until he could dispel her.

Since Gojo entrusted Yuta with completing missions with Maki and Inumaki, his quick learning skills and his attention to detail while executing his duties are made known. As Suguru Geto grows interested in his powers and declares war by announcing Hyakki Yagyō or The Night Parade of a Hundred Demons, it forces Gojo Satoru and the other jujutsu to spread out and leave Yuta and Maki alone.

Following which we get to see the powerful cursed energy manifestation that Yuta uses to severely injure Geto and save his incapacitated friends through Reverse Cursed Technique. This is made possible through his love for Rika. By the end of Volume 0, we also discover that Gojo Satoru and Yuta share a descendant, Michizane Sugawara, who was one of Japan’s top 3 vengeful spirits.

Being a descendant of Michizane Sugawara, one of Japan’s top 3 vengeful spirits, and sharing the same distant relation with the likes of Gojo Satoru, it is only right that Yuta other than possessing abundant cursed energy also has a variety of techniques. Noted below are some of them.

This is a technique that takes most jujutsu years to learn, if not at all; we see that even Gojo struggled with learning it as seen in his past. Yuta Okkotsu, however, manages to master it less than a year after enrolling in the jujutsu school and is seen using it to save Maki, Inumaki, and Panda, and then later, Itadori. While using the reverse technique, one must multiply cursed energy so that it turns positive and thus can heal people, which makes it not only thoroughly complicated but also requires an immense amount of cursed energy.

Although we only see Rika manifest completely twice before he dispels her, after Yutas return from his overseas training, he can manifest her again, but this time with more finesse and control. In Volume 0, Rika can counter Geto’s culmination of about 4000 curses in his Maximum: Uzumaki technique which gets people curious to know about what he and Rika are capable of doing now. While some could say that Yuta’s immense amount of cursed energy is due to his links to Rika and Michizane Sugawara, it is important to note that the first time his cursed energy awakened, he cursed Rika into a cursed being, thus leaving no doubt about his powers.

This technique has links to the cursed spirit manifestation technique as it is Rika, the Queen of Curses, that allows Yuta to manipulate his cursed energy and copy the cursed techniques of others. Since his output of cursed energy is high, Yuta can easily copy a technique without having to focus on the copying part alone. And since Yuta gains his swordsmanship skills from Maki, you know for sure that both his offense and defense are challenging to deal with– especially since Yuta can copy Toge Inumaki’s cursed speech technique and isn’t limited to the same amount of cursed energy as him. However, one can’t help but want to know if he can replicate Gojo’s technique, considering that his own is very similar to Gojo’s Limitless.

Another commendable set of skills that Yuta displays is his ability to control cursed energy, which is aided by his quick learning skills. In the recent manga chapters, Yuta’s growth has become glaringly obvious. We’ve noticed how he now has the physical speed and skill set similar to that of Yuji Itadori due to his reinforcement of cursed energy; his swordsmanship and his control over his flow of cursed energy has improved so much that even Itadori finds his moves difficult to read. As compared to before, he is now not only faster and stronger but also smarter, considering the fact that Sukuna didn’t immediately kill him after he stuck a katana through Itadori and killed him.

While his strength at this point is pretty impressive, you have to keep in mind that he still has potential and more room for growth which means, as Gojo predicted, Yuta will surpass him one day, and maybe we might get a glorious Sukuna vs. Yuta fight scene. And with him saving Itadori and being almost as disobedient as Gojo when it comes to the higher-ups, one can’t help but wait/ anxiously to see how he’ll turn out. So while this does conclude our discussion on the power of Yuta Okkotsu, it does not end his journey of growth and friendship. Fans can read Jujutsu Kaisen officially from the Mangaplus Shueisha website or watch the anime on the  Crunchyroll website.