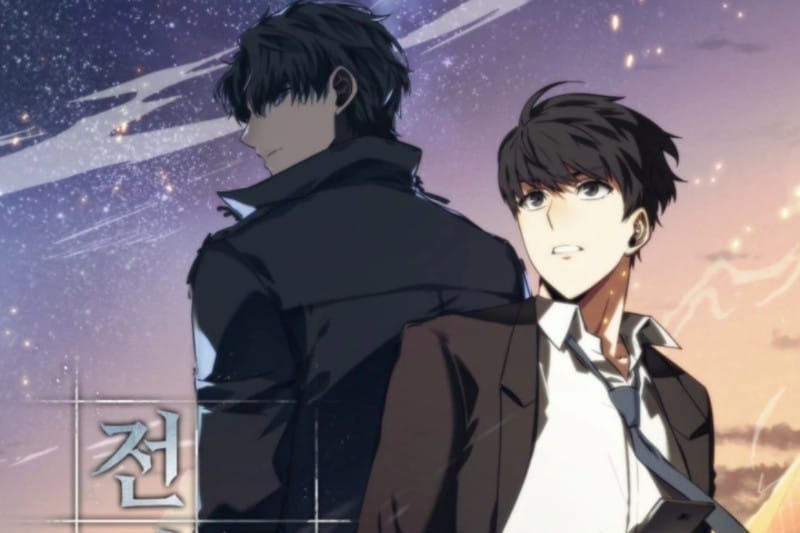 We have got an exciting variety of strongest characters appearing in Omniscient Reader. This manhwa, an adaptation of the novel of the same name by sing N song, whose publishing started only last year, is rapidly gaining popularity on Webtoon because of its unique fantasy and action-packed content.

Its story revolves around, Kim Dokja an ordinary office employee with no unique talents except his passionate hobby of reading web novels. And then his survival journey after the world turns into a survival game zone, bringing his favorite web novel to life, which is filled with Dokkaebis, Constellations, beasts, superpowers, magic, and so on.

Dokja’s favorite novel -“Three Ways to Survive the Apocalypse” or TWSA, seems to have had only Dokja as its sole faithful reader to have followed it for ten years till its last episode.

With each successive episode, the manhwa has continued to introduce us to new characters. And in this article, you’ll find all that you need to know about the strongest characters in the series. Let’s check out the Top 15 Strongest Characters in Omniscient Reader below.

Jiwon Min’s King of Beauty attribute lies in her charisma, that is, her beauty as an incarnation of the constellation Lady of the Sleeping Brocade, to control a large group of subjects.

Although she hasn’t shown any fighting skills, she does maintain her powerful influence in commanding her troop. And this is how she had managed to make it to the end of the selection of five kings for the King’s Qualification scenario.

Cheon Inho was a character who surely had the potential to grow more, even being the leader of a gang. He was a little difficult adversary for Dokja to handle, crucially because of his cunning but impressive attribute to Incite, by which he could manipulate majority opinion and practice monopoly. In this sense. he is placed slightly above Jiwon Min.

Yeongu Jeong, also known as the Tyrant King, was a character, who with the help of his constellation, Great King Heoncheon Hongdo Gyunmun Wimu, had managed to establish severe control and influence over the stations and dominated many people.

According to his Character Profile, he was someone who was dissatisfied with the social system, and his constellation had given him an opportunity to exercise power and destroy it.

Placed on the thirteenth position, he was understood to be the most powerful king who was present for the King’s Qualification scenario. Three kings had allied to take him down, but none and only the Supreme King, Jungyeok Yu, was able to take him down at once.

Kim Namwoon, in the initial chapters, had appeared as an antagonist character with a sinister and sadistic personality. He was meant to become one of Junghyeok Lee’s strongest teammates.

He possessed exceptional fighting instinct and combat abilities which had the potential to grow more. He also had high adaptability to the circumstances. So, if he had survived the training scenario, he would have been probably the most problematic opponent for any of the characters in the fights.

The next one to soar higher in the list is Hyeonseong Lee, placed in the eleventh position. His stigma, like Great Mountain Crush, manifests from his strength.

Before the world fell into chaos, he was a military officer. He had always had a strong sense of justice and is often seen to be struggling to keep it intact.

Pildu Gong is a supporting character in the Omniscient Reader who soon becomes part of Dokja’s party. Dokja comes across him after the Second Main Scenario in Chungmuro station.

Pildu seems to be invested in land dealings before the world transformed into a survival game. His attributes allow him to establish a territorial monopoly over any space around him to a certain extent.

Using his weapon-skill Militarized Zone Barrier which creates several turrets around him guarding any trespassing by any unwanted presence, can secure him to establish any private property of his own anywhere.

Donghoon Han, also called the Hermit King of the Shadows, is one of the Seven Kings in TWSA. Although introverted, he can create a large influence online.

Using his skill in AOE Internet, he can install a virtual LAN cable in the Dokkaebi network to select devices and provide internet. His only weakness is that his mental defenses are not good.

Suyeong Han, also confirmed by Dokja to be an author who had plagiarized TWSA into SSSSSS-Grade Infinite Regressor, is the first apostle. She claims to be the one who knows ‘the revelation’ and is the last person to have read the most chapters of TWSA.

Using her limited knowledge of the plot of the novel, she controls the situation to her advantage and tries to gain power and conquer stations. She had even succeeded in gaining the powerful sword, Four Yin Demon Decapitator, by manipulating the kings and deceiving them as the Fake King in the hidden dungeon. Her attribute allows her to create avatars of any visual characteristics and control them.

Jihye Lee in this list takes eighth place with her outstanding abilities. She is one of the main characters of TWSA and one of Junghyeok Yu’s teammates. She has got excellent fighting prowess with her sword.

As addressed by the people of the Chungmuro station as the ‘Samurai Kid,’ she has established herself as one of the powerful and strong figures in the station.

Sangah Yoo is Dokja Kim’s office colleague and, just like Dokja, does not exist in TWSA. She has been a hard-working and talented person since long ago, always intrigued to learn more. Her attribute like Interpretation bloomed due to her invested interest and learning ability of languages like Spanish.

The circumstances in the recent chapters had allowed her to shine her knowledge of History. Besides all this her, she gets her powers from a constellation whose name still remains unknown. It also needs to be noted how Dokja still cannot access her Character Profile.

Huiwon’s ability and character build absolutely pronounce her as one of the strongest characters. Like Dokja and Sangha, her character doesn’t exist in the main story of TWSA. She becomes a character after Dokja saves her from dying while being surrounded by poisonous gas.

Huiwon has strong principles and is driven by a strong sense of justice, which gives her the attribute of Time of Judgement. She currently seems to be the only one who knows about Dokja’s possession of knowledge of the future but not knowing the reason.

Along with her attributes of fighting skill and sword ability, her strong mental disposition makes her one of the strongest survivors and the strongest characters in TWSA.

Anna Croft, a character of TWSA, is known to possess the rare attribute called the Prophet. She is probably the only one of her kind. She appears in the current world when Dokja temporarily becomes the ghost species to save himself from the beasts of the Third Scenario.

She easily enters into what Dokja explains as his consciousness ‘free from spatial limitations’ and meets him. Not much is known about her in the manhwa yet, but her power as the Prophet to see the future strongly hints at her role to be significant.

The youngest of all the characters in the Omniscient Reader, Gilyong Lee harbors the most promising attribute. He was not meant to survive the train incident, but he did because of his insects. Gilyong can summon and control insects, ranging from ordinary to Grade 3 beast insect Titanoptera.

Although extremely young among all the adult characters, this kid has appeared to be most mature and accepting of the brutality of the current world. So his fighting and survival instincts have been developing since. This gives him the third spot in the ranking.

The second place goes to Junghyeok Yu, who is the indisputable strongest character in the Omniscient Reader manhwa. It basically roots in his identity as the main protagonist of TWSA.

He has regressed several times to the time before the start of the apocalypse, dying in each of them, and is struggling to find a way to bring this to a cease. Therefore, in terms of skill and experience, he was meant to become and is the most powerful of all the characters in the series.

The final name on the list of the one who is the most powerful character in Omniscient Reader is Dokja Kim. As the main title of the manhwa suggests, Dokja Kim is the main protagonist and the one whose attribute is called the ‘Omniscient Reader.’ He not only possesses the data on TWSA but is extremely ingenious in using it to his advantage.

He was provided with skills like Bookmark, Character Profile, and the Fourth Wall were blossomed by his hobby as a reader. All these skills focus on supporting Dokja to gain more information about other characters and use that to empower himself. And with this, he not only outsmarts Dokkaebis and Junghyeok Yu but has also defeated many opponents.

This brings our ranking to a close, and we can see how Dokja Kim dominates the list. We have quite a cool lineup of characters, and there are surely more to come in the new chapters. Follow the series by reading the manhwa on Webtoon or read the novel on Webnovel.