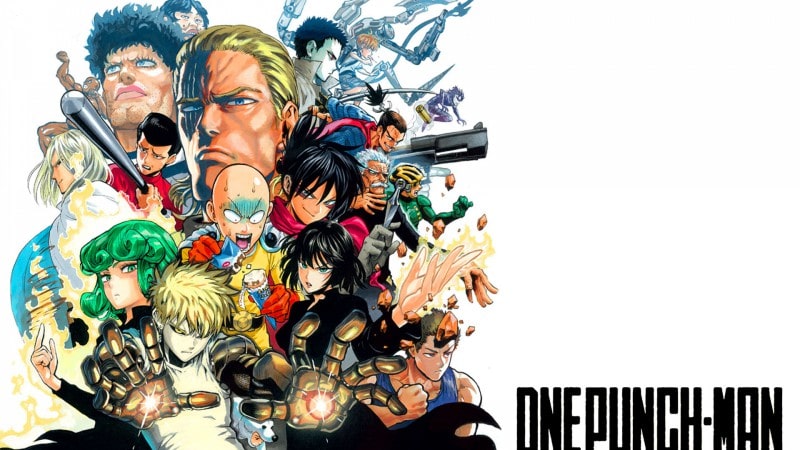 The world of One Punch Man has villains as well as heroes. And both the villains and heroes have unique features and personalities. The series has constantly entertained and made us anticipate more of it with its storyline, action, and comedic situations even in dire situations. The world of One Punch Man is constantly threatened by Mysterious Beings and monsters and it is up to the heroes to defeat them.

Every city in the series has heroes which are managed by the Hero Association, it operates independently of the government. The association has established the National Hero Registry which is a database containing every officially registered hero and doesn’t recognize someone as a hero if not registered. To be recognized as an official hero of the Hero Association, a candidate gives an entrance exam consisting of a Fitness Test and a Written Test.

What is Hero Level in One Punch Man –

Based on various criteria like combat strength, monster & criminal suppression, contribution to the public, and public image, heroes are organized into four different classes. They are given number rankings within their respective classes and protect civilians from monsters, Mysterious Beings, and also natural threats. Heroes gather points to rank up by defeating higher Disaster levels. There are a total of 546 heroes and one needs to be ranked number 1 in their current class to proceed to the next class.

Hero Level in One Punch Man –

Among the four classes, C-Class is the lowest and least strong class. This class has the most number of heroes, currently 390, as a hero begins here after entering the association. They need to complete their weekly heroic deeds to meet their quota otherwise they are removed from the Hero Registry. C-Class heroes mostly defeat criminals but a group of 3 C-Class heroes can overpower a Wolf-Level Threat.

Currently, Mumen Rider is the highest-ranked hero in this class. Other examples are Monster Roper Shell, Poison, Food Battler Futoshi, they were part of the Monster Association raid’s support team. They can easily hold their own against low threats but are overpowered by powerful opponents. Another example is Tanktop Tiger who was easily defeated by Garou.

There are 101 heroes in B-Class and it is the third strongest class in the series. Any hero after achieving Rank 1 in C-Class can be promoted to the B-Class if they wish to. Heroes in this class are not obligated to complete weekly heroic acts to fulfill any quotas and an individual hero can defeat a Wolf-Level threat but Tiger-Level threats need five B-Class heroes to defeat it.

Fubuki is the current highest-ranking hero of this class and capable of blocking a Demon-level Mysterious Being’s attack. Mountain Ape, Eyelashes, Glasses, Darkness Blade falls under the category of B-class heroes. Captain Mizuki was part of the Monster Association raid’s support team though she was defeated by Nyan.

A-Class is the second strongest class among the four classes of heroes. There are currently 38 heroes in this class and they are considered to be very popular. Rank 1 hero from C-Class can be promoted to A-Class and a single A-Class hero can defeat a Tiger-Level Mysterious Being threat with ease. To defeat a Demon-Level threat 10 A-Class heroes are needed to overpower it.

Bushidrill and Okamaitachi together with Iaian defeated Devil Long Hair by cutting off its hair. Iaian also stopped the attack from Rhino Wrestler and easily cut The Organization’s rail gun. Stinger is another A-Class hero who can easily defeat multiple Tiger-Level threats and also severed the arm of the Demon-level monster child Grizzly Nyah. Sweet Mask is the current highest-ranked A-Class hero who can easily defeat any Demon-Level threats and also take on Dragon-Level threats. Our resident hero Saitama is also a A-class hero though his powers are far above others.

S-Class is the strongest and most prestigious class of the Hero Association. Previously, there was no S-Class and this class was created to gather individuals who can defeat Demon-Level threats on their own despite their low ranking. Every hero in the S-Class is equivalent to an emergency army division and there are currently 17 heroes in this class. To defeat Dragon-Level threats a group of S-Class heroes is needed.

Blast is the current highest-ranked S-Class and not much is known about him but it is hinted that he is the strongest hero in the Hero Association without the knowledge of Saitama’s strength. Previously, he took down Elder Centipede with ease. Tatsumaki, Silver Fang, Zombieman, Atomic Samurai, Flashy Flash, Genos, Child Emperor all belong to this class. Drive Knight defeated Dragon-Level threat Nyan on his own and Pig God effortlessly went against Demon-Level threats Eyesight and The Great Food Tub. Not all S-Class heroes like Tank-Top Master, Metal Bat, Superalloy Blackluster, or Puri-Puri Prisoner can defeat Dragon-Level threats though Tatsumaki can easily defeat Dragon-Level threats. Even Watchdog Man previously defeated 30 monsters on his and was strong enough to defeat human Garou.

The ranking system of the Hero Association has created a competitive and somewhat antagonistic culture and heroes belonging to their respective classes are always not strong or capable enough. Mostly, it is seen with the C and B-Class heroes. It is also seen in A-Class heroes when Stinger and Lightning Genji together defeated the Demon-Level threat easily. S-Class hero Tanktop Master and Puri-Puri Prisoner also can’t take on threats above Demon and previously they were easily defeated by Garou. A prime example of this is Saitama as he was placed in C-Class due to his poor performance in the Written Test. The Hero Association is not without its faults and that adds realism to the series.

One Punch Man series, illustrated by Yusuke Murata, follows Saitama, who seeks to fight a worthy opponent after growing bored from lack of challenge. As of January 2021, it has 23 volumes in the collection. The series can be read on VIZ Media and watched on Crunchyroll.