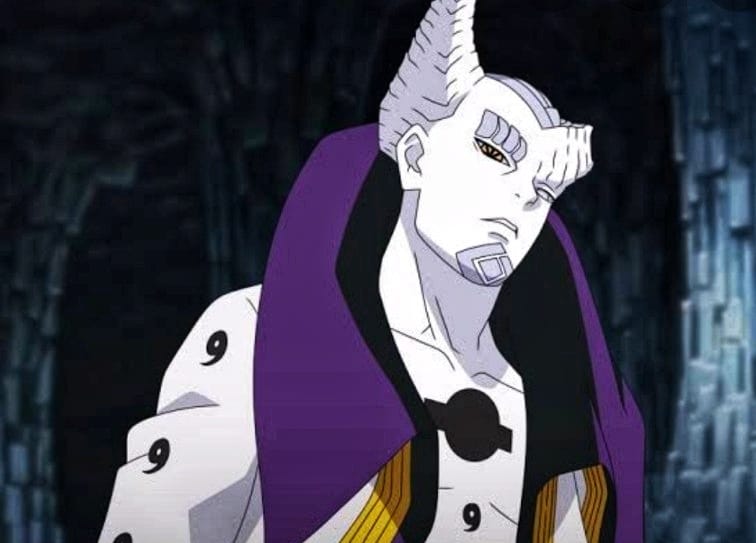 Isshiki Otsutsuki / Jigen was the primary antagonist of the Boruto: Naruto Next Generations series. He was the leader of the Kara organization. The main objective of Kara was to assist Isshiki Otsutsuki to get his new vessel.

The brain of the Kara organization was Amado. He is the master in the usage of scientific ninja tools. These tools were implanted in every member of Kara to fill up the loopholes in their power.

Only Jigen and Koji were the ones who combated with their own strength and ability. The series already unveiled the power of Jigen. He, single handily, defeated both Naruto and Sasuke in the battle. He was the human vessel of Isshiki Otsutsuki.

Even Kurama has to sacrifice in order to defeat the most powerful known Otsutsuki, Issihiki Otsutsuki. So, how powerful was he? Let’s discuss the power of Jigen/Isshiki Otsutsuki in Boruto.

In the past, Isshiki Otsutsuki made his first appearance on Earth with Kaguya Otsutsuki. But he was betrayed by her, and to survive in the new environment, he chose the body of a monk named Jigen. But that vessel was not powerful enough to hold an Otsutsuki’s chakra. That is why he was searching for a new vessel with Amado.

After so many years, he found a perfect boy for his vessel, and this boy is Kawaki. Isshiki in Jigen’s body can only use some of his abilities below average. But still, he managed to overpower both Naruto and Sasuke.

So, how powerful Isshiki Otsutsuki was? We already witnessed the peak power level of Isshiki Otsutsuki; still, it was nothing as compared to Naruto’s Baryon Mode, where Kurama sacrificed himself as an energy source.

Power and Abilities of Isshiki Otsutsuki-

Isshiki Otsutsuki had been considered the most substantial known Otsutsuki in the series. His chakra manipulation, abilities, and Taijutsu are far greater than any other shinobi.

He quickly overwhelmed the capabilities of Koji’s Sage Mode. There were many theories on Isshiki that he also possesses Jougan (True Eye). But the series had not unveiled this theory so far. If that so, then even Naruto and Sasuke (with the power of Sage of Six Paths) could not fulfill the power difference gap.

Based on the abilities of Ninjutsu and Taijutsu, Isshiki Otsutsuki was far more potent than Momoshiki Otsutsuki. Therefore, from now on, let’s discuss the real skills of Isshiki, which made him the strongest antagonist of the series until now.

Isshiki had one of the most vital abilities, i.e., Chakra absorption. It means no Ninjutsu can work upon him. He could absorb any type of Ninjutsu, including some forbidden jutsu like Amaterasu. 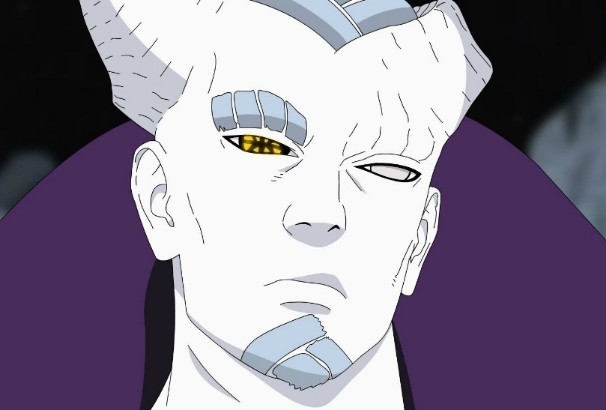 A different kind of Sharingan ability like Genjutsu and Tsukuyomi did not affect him. It means the only option left to overpower him is in Taijutsu. But Isshiki mastered the Taijutsu as well. He was not like Momoshiki, who was easily defeated.

Being an Otsutsuki, he was also capable of handling Space-Time Ninjutsu. Fans have already seen in the series that Otsutsuki are experts in manipulating the dimensions. It is their clan’s ability.

Like Kaguya and Momoshiki, he could also teleport himself from one dimension to another. Only Boruto and Sasuke are the only shinobi who can operate the gates of different dimensions.

Like all Otasutsuki, Isshiki also has the abilities of Rinnegan to manipulate the Chakra rods. This is a very fearsome ability after combining it with Sukunahikona. Only with this ability, he easily overpowered both Naruto and Sasuke in the fight.

Isshiki possessed a unique right eye like Sharingan, which allows him to perform Sukunahikona. It was a technique to manipulate the size of the non-living things up to the atomic level, including natural elements. During the fight, Isshiki reduced the real flames of Koji to avoid further damage. He also manipulated the size of the chakra rods in the combats.

When he combined this ability with his Taijutsu, he became invincible. The series had not shown the power of his left eye. His left eye looks like a Byakugan through which he can see 360 degrees with no blind spot. But some fans made the predictions that he had Jougan in his left eye. But that prediction was accurate. Only Boruto has Jougan.

These all are a glimpse of Isshiki’s power and abilities. Also, in physical strength, Isshiki was far superior to anyone except naruto and Kurama. Boruto series has shown his sealing jutsu, Sealing Coffin, which can seal the power of Nine Tail Beast.

The coffin shrunk along with the power, but thanks to Kawaki, he used Space-Time Ninjutsu to teleport Naruto from the coffin. In other words, Isshiki was powerful enough to capture the Ten Tail Beast. That’s all for now. Hope you might have enjoyed it.

Characters who can overpower Gol D. Roger in One Piece