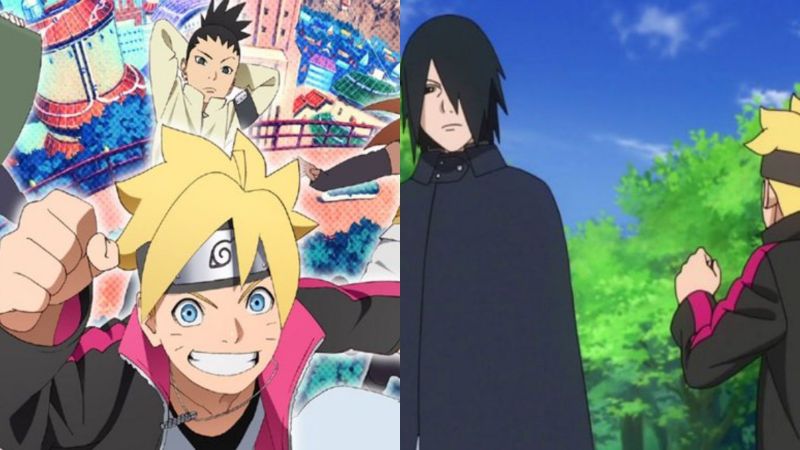 Boruto is the sequel to Naruto, and the Anime follows an entirely different storyline than the manga. It follows a great plot with a brilliant mix of the old and new characters. So, we are going to list the 15 best Boruto arcs in this article.

It goes without saying that the best Boruto manga arcs will also be included automatically since they form a significant part of the Anime.

Parent and Child Day Arc is a short Arc of three episodes that give us a break between the two heavy engaging Arcs. It is light-hearted and a filler Arc that is equally enjoyable. It is based around the character development of the younger generation with a slight touch of a slice of life.

This Arc is like a breath of fresh air among all the usual heavy fights. It also gives us a chance to view our favorite characters in a different light where their family relations are portrayed.

The School Trip Arc is unique from the point of view that although it is a filler arc, it is still considered a part of the main story.

As the title suggests, this is about Boruto and his friends visiting the Kirigakure village, which we have popularly known as the Village of the Bloody Mist.

It throws light on how the village has changed after all these years and introduces us to the new generation of the Seven Swordsman of the Mist.

The 15th Arc of this series takes the thirteenth place on this list. Interestingly this the story of this Arc was based around a special project that Masashi Kishimoto took on due to the occasion of the 20th anniversary of Naruto. It involves the invasion of Urashiki, who wants to know the location of the nine-tails.

Also, as we can see from the name of this Arc, the story involves time traveling back into the past where Boruto gets to meet young Naruto. We also see Jiraiya, which is a very special and nostalgic moment for the fans.

This is another one of the filler Arcs giving the viewers a rest after the thrilling Versus Momoshiki Arc. The story revolves around the protagonist Boruto coming across a group of thieves named the Byakuya Gang. He takes them on with the help of Shikadai and gets into a fight with them.

The Byakuya Gang is formed of thieves who wear their customary owl masks and are lead by Gekko. He carries on his business like Robin Hood by stealing from the rich and distributing it to the poor.

One Tail Escort Arc precedes the Time Slip Arc with Urashiki’s appearance. It starts with Boruto finding Sasuke’s coded message and deciding to visit Sunagakure all by himself.

On reaching the place, he found out that Urashiki has already arrived and is battling Gaara and Sasuke. Gaara manages to take away Boruto from the battle and assigns him the task of safely transporting Shukaku to Naruto in a tea kettle.

This was an Arc for the villains as fans slowly began sympathizing with them at the end of this Arc. This was also important in the character development of the third member of Boruto’s team, Mitsuki.

It highlighted the inner struggles of Mitsuki and how he was having a really difficult time managing them. The scenes take place in Iwagakure, where the bulk of the actions take place.

This Arc was really important for the growth of the family bonds among the last surviving Uchiha members. Sasuke had always been distant from his family, leading to Sarada having conflicted feelings about his father. The story of this Arc focused on mending those bonds as Sarada longed to meet his father.

It did a great job in highlighting the emotional side of the story and was very wholesome in general. The playful fight among them was also like a cherry on top.

Mujina Bandits Arc is one of the most important Arcs in the series for paving the events that were to follow. It also introduced an almighty villain, which proved to be a big test for the pair of Boruto and Sarada.

Just like Naruto and Sasuke combined in various missions to defeat enemies, Boruto and Sarada also co-operated and took down Shojoji, highlighting their rise in power. Kara was also perfectly featured at the end of this Arc, which would ultimately lead to the best Arc in this series.

This is the very first Arc in the series consisting of an elaborative fifteen episodes; being the introductory Arc, it served well in introducing the new generation that was set to take over in this series.

It also covered in detail the early days of Boruto at the academy and his relationships with his classmates, especially Mitsuki and Sarada. We also got to see a creature called Nue that kept causing a rampage in and around Konoha.

The eleventh Arc of this series saw the return of many known faces from Naruto like Jugo, Karin, and Suigetsu. The story revolves around the use and origin of Cursed Seals, which is why it is also popularly known as the Cursed Seals Arc.

We got to see how Cursed Seals came into action in the first place and how they have been used as weapons since then. Of course, the main focus was on Jugo and how he used the Cursed Seals while revealing the creation of Orochimaru.

Chunin Exams Arc brings back a lot of memories from Naruto which was one of its initial Arcs. It is the first Arc in the manga and one of the best Arcs in the anime. It shows us how Naruto after becoming a Hokage has implemented his ways and changed the structure of the Chunin Exam.

It also showed us the capabilities of the new generation and their various techniques including their ability to assess various situations. It was also the entry point to the Versus Momoshiki Arc giving a new dynamic to the relationship of Boruto and Naruto.

The Ao Arc is an important step in introducing Kara and Kawaki to the viewers. It is also known as the Vessel Arc and surprises us with the character Ao who was believed to be dead during the Fourth Great Ninja War.

The Kara Organisation was brought to the spotlight, which is one of the main features of the Boruto series. We got to see the real potential of Boruto’s Karma at the end. Moreover, Kashin Koji was the main part of this Arc who stirred up a lot of theories at his arrival.

As we enter the top three of this list, we start off with the Kara Actuation Arc. This was one of the most significant Boruto Arcs and had a lasting impact on the story. Kara was a mystery that had started spreading its roots.

It showed us how Boruto got a hold of this Kara, and new possibilities of fighting emerged by completely absorbing the enemy’s attacks. It was similar to the scientific tools that were shown to us during the Chunin Exams Arc.

The first villain introduced in this Boruto manga Arc was Momoshiki Otsutsuki. Momosiki was a strong villain right off the bat as the other two Otsutsukis were also introduced for the first time. Momoshiki appeared at the end of the Chunin Exams Arc, and Naruto had to put his life on the line.

Their fighting was taken on another planet which was by far one of the best fights in the series. We also got to see Boruto finishing off Momoshiki, which was a big stepping stone in his character development.

Kawaki has become the second protagonist of this series and has formed an iconic duo with Boruto, just like Naruto and Sasuke. However, this was always not the case as their relationship was highly strained in the beginning.

Moreover, the Arc covers a lot of details about Kara’s origin and Kawaki’s development as a character. It also introduces many powerful villains like Delta V and Jigen.

This is it for our extensive list of the best Boruto Arcs and the best Boruto manga Arcs. You can view the anime and read the manga on Crunchyroll. We will come back with more Boruto articles. Till then, stay tuned and keep on browsing our other amazing content.