Skip to contentHome » Anime & Manga » One Piece » (2021) Top 7 Characters who can overpower Gol D. Roger in One Piece 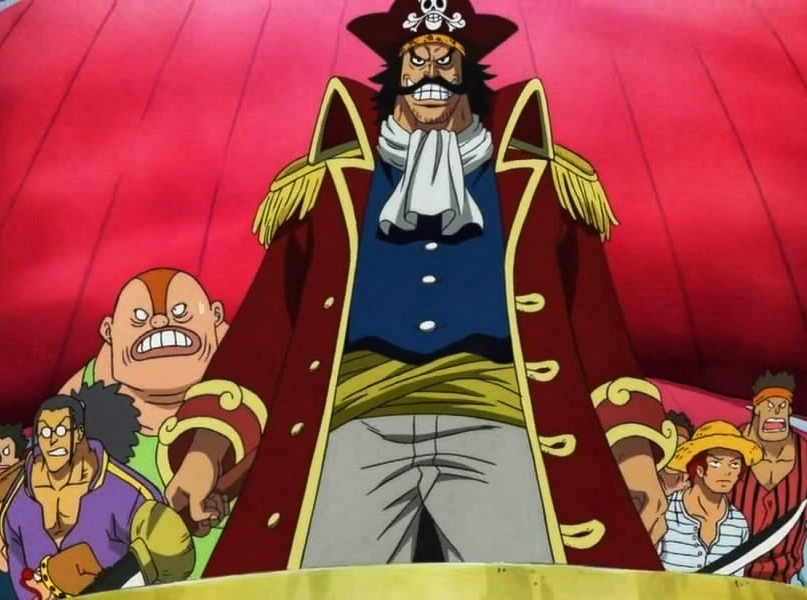 One Piece is currently the most popular series in the entire world. It has become a worldwide phenomenon as its popularity has soared through the charts in recent years. Even at the Tokyo Olympics, participants have imitated famous poses from One Piece as their victory celebration after winning medals.

It is an excellent time to visit the main character behind the start of this story. One Piece started with the punishment of Gol D. Roger, who was considered to be the greatest ever pirate to have achieved it all.

Naturally, it begs the question as to who can currently defeat Gol D. Roger from the characters of One Piece. With that in mind, let us take a look at the top 7 characters who can overpower Gol D. Roger.

Who is Gol D. Roger in One Piece?

Gol D. Roger was the strongest ever pirate in existence who made everyone cower in fear at his name. He built a legacy for himself over all the years and managed to start the golden age of the pirates.

In his last time, he said that he had left his treasure “One Piece” at the last island Raftel. He challenged everyone to go and find in. This encouraged many pirates to set sail to sea, including Luffy, as a wonderful story began to unfold.

As the strongest ever character in One Piece with the Will of the D, Gol. D. Roger was immensely powerful. He was the direct rival to Edward Newgate, who himself was a fearsome pirate. Although we haven’t seen Roger in action too many times, he has managed to convince us why he was at the top of the ladder.

Roger’s power was unmatched in the One Piece world. Not only was he a beast in terms of physical abilities, but he was also a skillful swordsman. Apart from that, he had mastered all three types of Haki which made him practically invincible combined with his innate skills.

It hasn’t been officially mentioned yet whether Roger had the powers of a devil fruit or not. However, in our opinion, he did not have such powers and thrived exclusively based on his natural talent.

This just goes on to show the extent to which he went while polishing his skills and how he was able to corner devil fruit users without having one himself.

Top 7 Characters who can overpower Gol D. Roger in One Piece-

Kong was the marine fleet admiral at the time when Roger was active. Thus, naturally, he would also have been incredibly powerful to keep Roger in check.

Although we don’t specifically know about his powers, it is highly probable that he had managed to overpower Roger in the past.

Being a fleet admiral Kong was proficient in using all three types of Haki which proves there was no reason for him not to go toe-to-toe against Roger.

The power that Roger possessed was too great for a single devil fruit user to overwhelm him. Now, although it is not natural to use two devil fruits, Blackbeard is an exception regarding this who has the power of both Gura Gura no Mi and Yami Yami no Mi.

Gura Gura no Mi was the devil fruit used by Whitebeard who was a direct rival to Roger. Thus, when Blackbeard combines the power of darkness along with it, it makes him a worthy opponent to the Pirate King.

The only one worthy of being called Roger’s rival is Whitebeard. The mastery over his Gura Gura no Mi devil fruit along with his insane superhuman abilities helped to clash head-on against Roger on multiple occasions in the past.

Although those fights mostly ended on a stalemate, the world’s strongest man certainly could have overpowered Roger.

At number four, we have one of the three Ancient weapons which are extremely feared by the navy officials due to their destructive potential. While we don’t know anything about Uranus, Pluton is a non-living object.

It only leaves us with Poseidon which is a mermaid possessing the ability to communicate with Sea Kings. Naturally, Poseidon can participate in a battle against Roger and can certainly overpower him with that power.

At this point in time, we know very little about the five elders. However, they are the strongest marine officials who have complete authority over the entire navy and can dispatch a whole army anytime.

Some of them also have battle scars on their face, proving that they have been involved in fearsome battles in the past and survived that to live the day. Thus, we can put them in this list of characters who have the potential to overpower Roger.

Imu Sama is a mysterious character who rules above everyone while sitting on the empty throne. No one knows about him/her except the five elders. Similar to them her abilities are also unknown.

However, it goes without saying that someone at the top of the hierarchy of the navy possesses some secret power that is yet to unravelled and may well be enough to defeat Roger.

The first person to have arrived on Laugh Tale was Joyboy. He is also another character shrouded in a mystery whose powers are still unknown. But there is enough evidence to the point that he was a mighty and fearsome character clearly. He was also recognized by Roger, who wished to live at the same time as him.

He has been portrayed as someone who could be the savior of the age of pirates as Oden wanted to open Wano’s borders before he appeared again. Thus, it is clear that Joyboy would have been a worthy opponent to Roger and even more than Whitebeard.

This concludes our list of the top 7 characters who can overpower Roger. Although, we don’t know the exact power of some of the characters this list would have been incomplete without them since only a handful of few can defeat Roger on their own. Fans can read the latest chapters of One Piece from Mangaplus Shueisha.