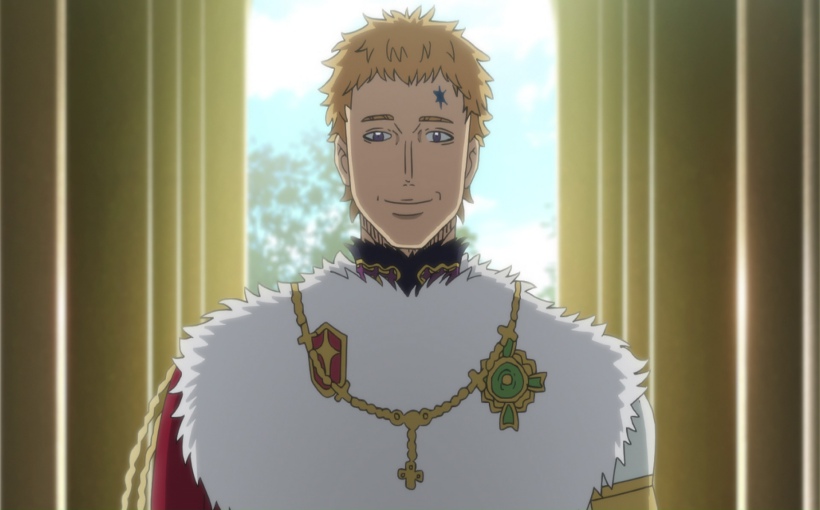 The Black Clover anime’s previous arc showcased the powers of the current wizard king Julius Novachrono while he was fighting with Patri (disguised as Licht). Julius is a tall, middle-aged man with short blond hair and purple eyes. He is obsessed with magic and is often called a magic geek by the people. He is the 28th Wizard King of the Clover Kingdom.

Even though he is a noble, he always repulsed their dominance towards the kingdom’s commoners, and he always believes that even ordinary people’s magic is unique and powerful.

Zara Ideale inspired him, the first commoner to become a Magic Knight, and gained the title of Nobility. As Julius became the wizard king, more commoners were starting to be accepted in their ranks. He has the respect of royalty and noble and the common citizens of the kingdom.

In this post, we will discuss the power of the beloved Wizard King of the Clover Kingdom. Now, let’s discuss the powers that make him the most potent wizard in the kingdom and his unique time magic.

Magic Power and abilities of Julius- 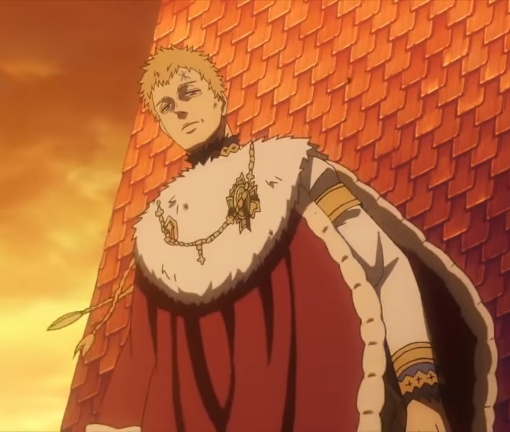 His magic attribute is to manipulate time and space. He can accelerate, decelerate, stop, or even reverse the flow of time. He can also heal injuries and wounds with his magic.

As mentioned by the Queen of the Heart Kingdom Lolopechka, he even has the power to defeat devils due to the fickle nature of Time Magic. His magic is considered an arcane stage, something beyond stage 0 to 9, much like Asta, Black Bulls captain Yami Sukehiro and Golden Dawn captain William Vangeance.

Must Read- Characters in Black Clover who can Defeat Dante

Julius uses a spell called Chrono Stasis to trap his opponents in a blue translucent sphere of magic. Those who are trapped within it experience a time loop, rendering them immobile unless Julius undoes the spell.

Julius is immensely talented in transformation magic. He often disguises himself and walks among the commoners without being recognized.

The series has already unveiled that Julius possesses an enormous amount of magic power. The true nature of time magic is “Stealing Time” from his targets. He stores that time as a reserve and can use it according to his wishes.

His magic is so vast that it can cover up the entire Clover Kingdom. Before his death in his battle with Patri, he had stored thirteen years’ worth of time in an ancient magic item.

It is a very advanced mana control technique that allows the user to manipulate the mana of the surrounding area. It is such a positively enormous technique that only a handful of wizards can actually use it. Julius can combine Mana Zone with his time magic and can foresee the attacks of his opponents.

Julius possessed a unique coverless grimoire that contained several time magic spells. It was speculated that since his magic’s attribute is time, which has no beginning or end, it is the reason it is coverless.

Julius believed that his unique grimoire implied that he was meant to be different from others. He dedicated himself to breaking the long history of dominance of royals and nobles over the commoners.

How did Julius come back to life?

As we mentioned, Julius died in his battle with Patri. He sacrificed himself to protect the people of the Clover Kingdom. With his Time Magic, he had already seen that Patri would kill him if he chose to save people’s lives.

He still used his time reversal spell and died. However, he came back as a 13-year-old kid. As mentioned previously, he stored thirteen years of time in an ancient magic item called Swallowtail, which was actually created by the first wizard king with the assistance of Secre Swallowtail; hence he named it after her.

Now that Julius has come back to life and regained his position as the wizard king, he is powerless now. His grimoire is only one page now. However, it is hinted that Julius may recover his power.

Fans are eager to know how and when he will regain his previous strength. Despite many assumptions, nothing is clear about it. In my opinion, Julius will remain as same for a long time. He may recover his power at the end of the Black Clover series, where he will play a major role once again in saving someone. Till now, everyone else will power up. So, let’s sit back and wait for how the manga will recover his powers.

Top 20 Most Powerful Magic in Black Clover | Based on Manga

Top 5+ Characters in Black Clover who can Defeat Dante

Does Hulu have all of One Piece?