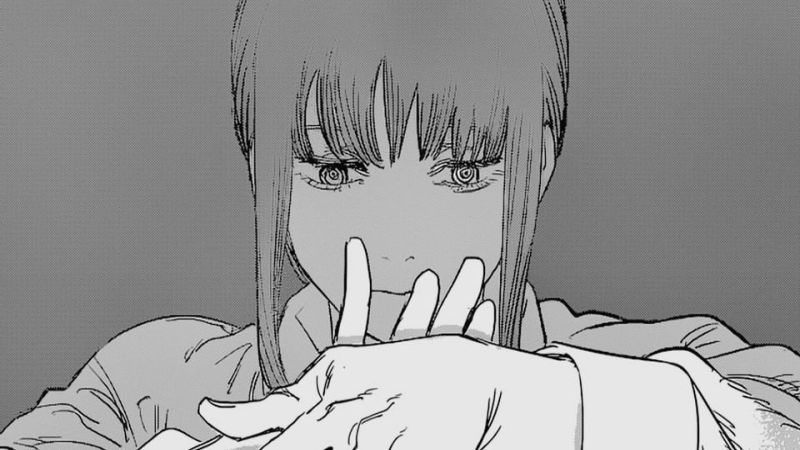 Chainsaw Man has been in the fold for a long time. It is a fairly popular series whose first arc ended back in December 2020. Now, with the announcement of its anime and MAPPA releasing its official trailer recently it has been getting a lot of hype.

We can only expect from here on that the anime will take on the world by storm on its release and make it one of the most popular series ever.

As the name suggests, Chainsaw Man is about a boy named Denji who gets turned into a Chainsaw Man after his dog, Pochita decides to give his heart to Denji in order for him to survive.

Denji gets scouted by Makima who works as a public safety devil hunter. Makima soon incorporates Denji with the rules of being a devil hunter and also assigns him a buddy. As the story slowly progressed we realised that Makima is not an ordinary devil hunter.

She is one of the strongest of the lot and there is some dark secret hidden around her. So, today let us uncover the strengths and abilities of devil hunter Makima who is quite a popular figure among the fans.

Power of Makima in Chainsaw Man-

Makima is first introduced to us as a normal public safety devil hunter. However, as we dive deep into the story we come to know that she is not any ordinary devil hunter but possibly their most powerful one.

We know how every devil hunter makes a contract with a devil in order to boost their success chances in battles.

But Makima’s contracted devil was always kept hidden from everyone due to unknown reasons. It was later revealed that Makima did not have any contract with any devils since she was a devil herself.

She was the Control Devil who had made a pact with the Prime Minister of Japan making her almost invincible.

We slowly realised that she is the major antagonist in this series who used to destroy far more powerful devils than her with relatively no effort. It went on to show her fearsome abilities and the insane power she possessed as a devil.

As a Control Devil, Makima was immortal. Firstly, she was extremely difficult to overpowered since she had made a contract with the Prime Minister that any damage dealt with her would be dissipated among the citizens of Japan.

This allowed her to blow after blow without feeling any of their effects.

Secondly, even if she is managed to assassinate by some means or the others she will resurrect in hell and ultimately get revives as another person.

We saw how even though Denji was able to assassinate Makima, she later got revived as a small girl named Nayuta.

This comes as no surprise that the main power of the Control Devil will be in fact to Control others. Any human or devil who came under Makima’s power fell into a sleepy state and obeyed her without any resistance.

It was a scary power that gave Makima an unfair advantage in her battles.

Once she looked into someone’s eyes and commanded them something there was no possible way they could have ignored her and done something else.

This was the first time that Makima displayed her destructive power and the malice of her devil techniques. Makima can crush any of her enemies using this power.

The only requirement is she needs the name of her enemies and some sacrificial human lives.

Makima was a ferocious close-range combatant. If she had her sights set on anyone, she would crush them without fail.

Her techniques varied from crushing her enemies just by looking at them to inflicting deadly damage by pointing her finger towards them.

Using this ferocious power she was able to easily destroy the Bomb Devil and Power who were quite strong themselves.

This was a unique ability used by Makima that allowed her to transmit anything she said into a person whether he was alive or dead.

The only requirement was that she had to place her hand on their head to form a sort of contact.

This allowed Chainsaw Man Makima to communicate with the devils that the person had a contract with and order them to do her own bidding.

This ability granted Makima (CSM), an insane amount of mobility whereby she could appear in front of anyone without them realising a single thing.

She achieved this by controlling a large number of rats who would cluster up together forming her shape and then she would emerge out of them.

This was exactly how she took the Bomb Devil by surprise and was able to finish her off easily.

This was another one of the fearsome powers of Makima in Chainsaw Man. She could utilise the hearing of other life forms like birds and rats to listen to the conversations of anyone and anywhere.

No one was safe from this ability and it allowed her to keep a close eye on anyone she doubted.

At a certain point in the story, it looked like Makima in Chainsaw Man was practically invincible. All hope seemed lost for Denji and the others but somehow the Chainsaw Man was able to come up with a plan and defeat her.

However, as we have mentioned before she was able to reincarnate as another human being whom Kishibe placed under the care of Denji.

Once the second arc returns it will be interesting to notice if she develops any new powers and surprises the readers. That’s all for today. Fans can read Chainsaw man manga officially from Mangaplus Shueisha website.