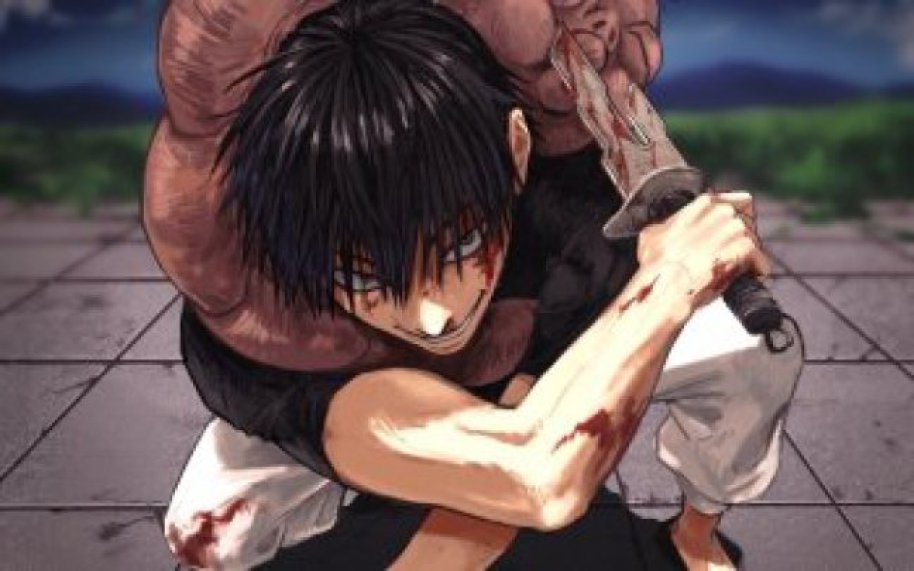 This 2018 manga series Jujutsu Kaisen is written by the talented Gege Akutami. With the release of its animated series in 2020, it then rose to popularity even going so far as to bag the Crunchyroll Anime of the Year award. The series plays on the themes of dark fantasy supernatural adventure and is backed by amazing animation of fight scenes by the renowned studio MAPPA.

The plot of this anime revolves around the use of cursed techniques and power that stem from cursed energy. And although the main character is Itadori Yuji who is the vessel of an ancient curse, Sukuna, the side characters have equally important roles and appearances that keep the show interesting. While most jujutsu sorcerers use cursed energy to exorcise spirits, there also exist some characters who do so with little to no cursed energy. One of these characters is Toji Fushiguro.

Toji Fushiguro is an ostracized member of the Zenin Clan and the father of Megumi Fushiguro. In the manga series, his appearances mostly occur during Gojo’s Past Arc and the Shibuya Incident Arc. In both, he is seen to display an immense amount of physical strength and it’s made clear that he used no cursed energy while doing so.

Cursed power is obtained due to the manifestation and redirection of cursed energy within humans. Cursed energy stems from all the negative emotions people feel be it fear, hatred, or jealousy. Toji Fushiguro however does not possess any cursed energy due to Heavenly Restriction.

Due to his connection to the Zenin bloodline that has most likely descended from a strong vengeful spirit of the past, it is no surprise that he is impeccably strong. Despite having no cursed energy, Toji manages to climb the ranks by stepping on people that look down on him and even comes to be known as the Sorcerer Killer. While his assassin-like skills of having sharp senses can easily be attributed to his Heavenly Restriction, he sure does use it well as he is able to defeat even special grade jujutsu users.

Toji Fushiguro is mostly seen with a cursed spirit that wraps itself around his upper body. This cursed spirit stores his equipments and is able to shrink and grow at his command. Although he pretty much always uses cursed tools he is also seen using conventional tools like a katana, and a combat knife in Gojo’s Past Arc. When the use of these cursed tools is combined with his superhuman strength, it increases the destructive power of his attacks. So here’s a list.

This cursed tool is Toji Fushiguro’s primary choice of sword in most of his appearances in the manga. It is illustrated as a Japanese broadsword with a fur tsuba and a dark handle. It looks quite similar to the cursed tool ‘Keel’ which is used by Maki Zenin and displayed in the latest chapter, Chapter 149, of the manga. It is extremely sharp and when combined with his superhuman strength managed to cut through the Rainbow Dragon, a curse of Suguru Geto. The cursed Rainbow Dragon is said to have the hardest skin among curses and for Toji Fushiguro to simply cut through it with one swing only proves his immense strength.

This special grade cursed tool was used in Gojo’s Past Arc by Toji and was used to deal the final blow to Gojo Satoru thus effectively eliminating him. Yes, Toji managed to overpower Gojo Satoru (which later turned the tables on him). This special grade tool doesn’t require the cursed energy of its user and even has the ability to nullify cursed techniques. When combined with the power of his Heavenly Restriction, he was able to use it to bypass Gojo’s Limitless and stop his Infinity technique.

The Chain of a thousand miles cursed tool was used in Gojo’s Past Arc in Toji Fushiguro’s fight against the resurrected Gojo. This cursed tool can extend itself as much as possible provided the user doesn’t allow the back end of the cursed tool to be seen. Thus, Toji hides the back end of the cursed tool in his mouth. It is an extremely useful tool that can be used for long-range attacks especially when used for trapping an opponent. In the manga, Toji uses this tool by connecting it with the Inverted spear Of Heaven.

Playful cloud is the cursed tool used Maki Zenin by in the Shibuya Incident Arc. This special grade cursed tool embodies pure unadulterated power and looks like a staff split into three sections. Toji Fushiguro uses this tool to destroy Dagon’s hardest shikigami with a single strike. He then went ahead and sharpened it by rubbing the ends together and then exorcised the special grade cursed spirit Dagon by continually stabbing him through the head with its sharpened end.

All things considered, Toji Fushiguro is an extremely skilled fighter. His intriguing fights are yet to be animated but fans must look out for his fights. Especially those with Suguru Geto and his multiple cursed spirits, the Gojo’s Past Arc fight with Gojo, and the exciting fight against the special grade cursed spirit Dagon in the Shibuya Incident Arc. With his high-risk high-gain method of approaching life, he hasn’t exactly been a great father figure but would’ve made a commendable mentor. We’ll be back again with yet another article to keep you occupied so until then stay safe, stay tuned, and stay hyped.