The story of Jujutsu Kaisen is set in a world full of curses, cursed spirits, cursed powers, and techniques. However, most of the population is unaware of this, while the Jujutsu Sorcerers protect them in secret by exorcising the cursed spirits; while encountering some of the strongest cursed spirits.

The series starts with Yuji Itadori, an ordinary high school student, who is dragged into that world after eating a cursed object (a preserved finger) that belongs to the King of Curses Ryomen Sukuna and gained his powers by becoming his vessel.

Now, Yuji and the other Jujutsu Sorcerers are looking for the remaining fingers of Sukuna and exorcising the cursed spirits that cross their paths. It is necessary considering that the cursed spirits’ primary objective is to eradicate all humanity by reviving Sukuna using all his 20 fingers.

What are Cursed Spirits?

They are a race of spiritual beings born from the cursed energy that are people’s negative emotions congregated together. Cursed Spirits are corrupt spirits that haunt humanity and vary in all kinds of shapes and sizes, and have horrifying looks.

They believe that they are the true manifestation of life, and humans are fake beings that should not exist. As the series continues, the manga has introduced us to many cursed spirits and their varying powers. Let us discuss the ranking of the strongest Cursed Spirits in the series.

Note- The information in this post contains the manga story. 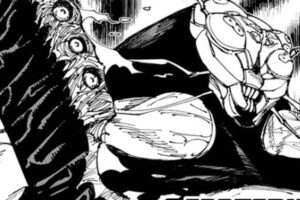 Kurourushi debuted as a special grade cursed cockroach spirit in Chapter 173 of the manga. It was the result of Kenjaku’s spirit manipulation. Despite being a cursed spirit manifested out of the world’s hatred for cockroaches, it was able to communicate a little and show intelligence. Its entire character design and Jujutsu abilities are cockroach-themed.

Its powers were best shown during his battle against Yuta Okkotsu, the second strongest Jujutsu Sorcerer after Satoru Gojo. Kurousruhi was able to over-power Yuta using his frightening physical and Jujutsu abilities. It was even able to wield powerful cursed tools such as The Festering Life Sword that boosted his offense to an unstoppable level.

Kurourushi showcased powerful Jujutsu techniques against Yuta, which he struggled to counter. It also had incredible physical combat strength and strategy. If it weren’t for Yuta’s special Reverse Cursed Technique, he would have succumbed to Kurourushi’s powers. 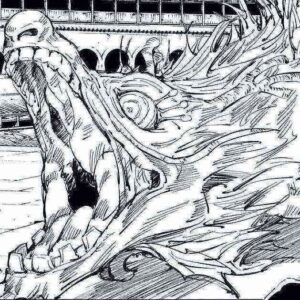 In the manga, it is mentioned that Rainbow Dragon, along with Kuchisake-onna, is two of the strongest cursed spirits of Suguru Geto during his battle against Toji Fushiguro. It took quite a lot of strength and precision from Toji to slice the Rainbow Dragon because it was known to have the hardest skin.

However, we didn’t get to see Rainbow Dragon in many actions yet. But undoubtedly, if it were any other Jujutsu User, it would have been extremely difficult to exorcise Rainbow Dragon. 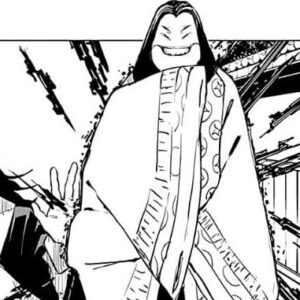 Tamamo no Mae Incarnate was one of the sixteen special grade cursed spirits. It was controlled by Suguru Geto using his Maximum: Uzumaki of his Cursed Spirit Manipulation. It was revealed to us in Jujutsu Kaisen 0: Jujutsu High. The classification of this cursed spirit itself tells us how powerful it is.

Suguru Geto summoned it during his final battle against Yuta Okkotsu and Rika Orimoto. The full powers of “Tamamo no Mae Incarnate” are completely unknown.

Nevertheless, the level of intimidating powers of “Tamamo no Mae Incarnate” shown in the manga is enough for us to include it in our list of strongest cursed spirits of Jujutsu Kaisen. 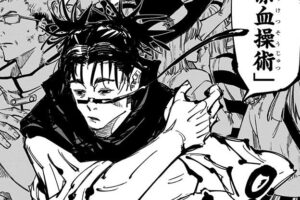 Choso is the oldest of Cursed: Womb Death Paintings debuting in Chapter 62 of the manga. He is 150 years old, half-human, and half-cursed spirit ranked Special Grade with no bloodlust or malice against normal humans.

Choso strongly loved his siblings and was very protective of them. However, he was dragged into the ongoing rivalry and dark politics in Jujutsu Kaisen only when his brothers, Kechizu and Eso, were killed by Itadori Yuji and Kugisaki Nobara.

Choso has mastered the Blood Manipulation technique to an unbeatable level while also possessing an abundance of cursed energy. Having lived for over a century, he is very intellectual and smart, unlike other cursed spirits. He is also an expert in Taijutsu, meaning he has incredible physical and combat skills.

We have witnessed his lethal power level quite frequently throughout the manga so far. Each time he gave a tough fight to his opponents such as Itadori Yuji, Satoru Gojo, Jogo, Kenjaku, Naoya Zenin, etc. Having perks of being both human and cursed spirit, Choso is one of the strongest cursed spirits. 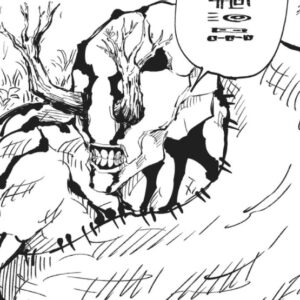 Hanami was a special grade cursed spirit aligned with Mahito. He was first revealed in Chapter 10 of the manga during Cursed Training Arc.

Hanami was able to go undetected by Gojo’s Six Eyes and successfully rescue Jogo from Yuji and him. This particular incident assured that Hanami was capable of having complex feelings and communicating well.

As for his abilities, he used a powerful Innate Technique that manipulates flora, has impenetrable skin, a considerable reserve of cursed energy, and exceptional strength. He also had a unique technique called Domain Amplification.

Hanami displayed his powers when he easily overpowered elite Jujutsu sorcerers like Fushiguro Megumi and even the cursed speech user Inumaki Toge altogether.

Immediately after this battle, we get to see more of Hanami’s power level when he fought against Aoi Todo, Zenin Maki, and Itadori Yuji. If it weren’t for Gojo’s sudden intervention with his Hollow Technique: Purple, Hanami almost won the final battle. 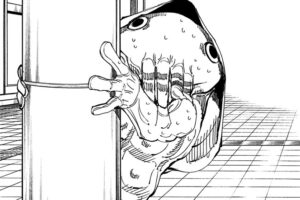 Dagon is a special grade cursed spirit which existed as a Cursed Womb. In Chapter 10 of the manga, he was first mentioned when Mahito reveals that he had created a cursed womb using Sukuna’s finger. Later on, we see him fully evolved during Shibuya Incident Arc when he appeared at the Shibuya Station.

He uses water-based cursed techniques and can even cast a powerful domain. He could kill non-sorcerers simply by consuming them within a blink of an eye.

During Shibuya Incident Arc, he was able to overpower Zenin Maki, Naobito Zenin, and even Nanami Kento inside his domain. His Water Barrier was his absolute defense that remained unbreakable by these elite sorcerers. It was only due to Fushiguro Toji and Fushiguro Megumi’s intervention that led him to be exorcised in the end.

Despite just fully evolving and being able to give these elite sorcerers a hard time, Dagon is one of the strongest cursed spirits in Jujutsu Kaisen. 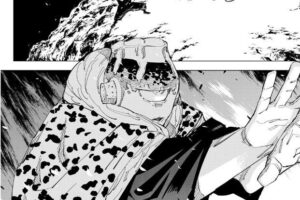 Jogo also appeared during the Cursed Training Arc in Chapter 10 of the manga. His character design is Volcano-themed and is a special grade cursed spirit who hates human beings.

He has an arrogant and short-tempered personality. He has an incredible amount of cursed energy and is one of the strongest cursed spirits of Kenjaku.

Jogo can potentially surpass Choso, one of the Death Paintings, which already tells us how powerful he is. He uses Maximum Technique, a powerful domain, and Domain Amplification.

He survived against Gojo Satoru and Sukuna, two of the strongest characters in Jujutsu Kaisen. Jogo’s powers were even acknowledged by Sukuna, the King of Curses himself. 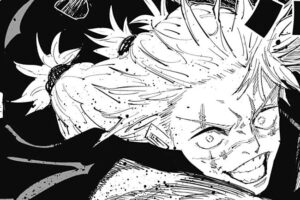 Mahito is a special grade and most human-looking cursed spirit in Jujutsu Kaisen. He has dangerous and prodigy-level cursed techniques such as Soul Manipulation, Black Flash, Polymorphic Soul Isomer, etc.

He had a fantastic power-up when he unlocked true essence soul called Instant Spirit Body of Distorted killing. This boosted his physical strength, endurance as well as appearance to a level that no attack had any effect on him.

Mahito is such a sadistic, hateful, and uncompromising cursed spirit that he toys with human souls just for his experiments and plans to eradicate human beings. One shocking example of the same was how he manipulated Junpei, a bullied and miserable teenage boy. He eventually turned him into a cursed spirit only to be killed by Itadori Yuji.

With his highly manipulative, intelligent, and dangerous cursed techniques, he is one of the strongest cursed spirits and antagonists of the series. 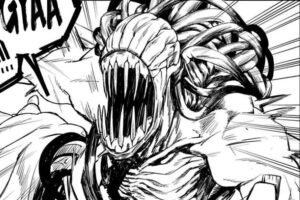 Rika is a Special Grade Vengeful Cursed Spirit who was also a childhood friend of Yuta Okkotsu. She was introduced in Jujutsu Kaisen 0: Jujutsu High prequel series.

After passing in a car accident, her powerful cursed spirit manifested and haunted Yuta. After fully manifesting, her cursed energy and abilities were so powerful that she was titled “Queen of Curses.”

Someone already as strong as Suguru Geto risked everything to obtain her from Yuta only to fail in the end. He believed her power was enough to eradicate all Jujutsu Sorcerers.

Her unique powers allowed her to summon “Snake Eyes and Fangs” of the Inumaki family, allowing Yuta to use the lethal Cursed Speech technique similar to Inumaki Toge.

Thus, she’s got to have second place in the list of strongest cursed spirits in Jujutsu Kaisen. 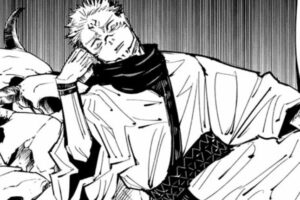 It is not much of a surprise that Sukuna, titled “King of curses,” is the strongest cursed spirit and the most loved antagonist in Jujutsu Kaisen. Initially, he was a human, a Jujutsu Sorcerer that mastered his powers to a level that he was considered as a demon.

It cost an army of Jujutsu sorcerers to destroy him around 1000 years ago finally. However, his cursed energy was so powerful that it had to be split into 20 of his fingers and sealed far apart, using special jujutsu techniques.

To everyone’s worst nightmare, the protagonist, Itadori Yuji, happens to consume one of his fingers, allowing Sukuna to reincarnate in his body.

We have only witnessed a little of his power, such as his Domain Expansion Malevolent Shrine. Despite being sealed and barely having his full strength, Sukuna has still shown to be intimidating, savage, and absolutely invincible. To know about his powers in detail, Advance here.

These are by far the strongest cursed spirits in Jujutsu Kaisen. We hope our list was satisfactory.

More plot twists are coming in the future, so keep yourself updated with our website for more spoilers of Jujutsu Kaisen.