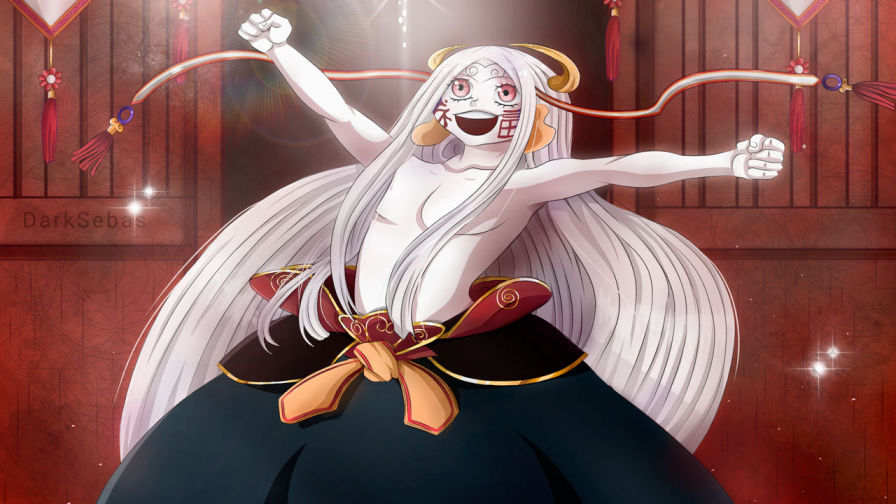 With the upcoming release of its animated series this June 2021 on Netflix, Record of Ragnarok has begun to garner the attention of action fans. The 2017 ongoing manga is currently edging towards the end of Round 6.

And with the battle of Buddha versus Zerofuku, we would like to present to you the Power of Zerofuku in Record of Ragnarok Explained.

The supernatural action manga revolves around the concept of gods of different cultures who meet for a God’s Council Meeting every thousand years to decide man’s fate.

At this meeting, they review the acts of man and then call for a vote. After seven billion years of human existence, the Gods decide the humans must now be eradicated. Opposing this decision, a Valkyrie called Brunhild presents forth the idea of Ragnarok.

In Ragnarok, the basic idea is to have 13 battles between Gods and humans. The first team to gain seven points will be considered the winner and so each round presents the most appropriate contender of each side.

However, in round 6 we had a surprising turn of events when a god chose to fight another god for the sake of humanity.

Power of Zerofuku in Record of Ragnarok-

In the manga, Zerofuku is a fusion of the seven Gods of Luck who are responsible for delivering divine punishment. He is also called the God of Misfortune.

Through the glimpse we gain of his past, we are shown that the young person with long hair and a hole where their heart should be, was previously a kind deity.

Originally, Zerofuku, the God of misfortune, was a kind God who could absorb the misfortune of others to bring them luck. However, as he did so selflessly, he realized that humans often forgot how to be human without misfortune.

After realizing his mistake, Zerofuku was muffled in sadness as the misfortune reached his mind and hurt his soul. His fresh wounds further deepened when he came across a person who made people feel fortunate without taking away the misfortune.

As Buddha taught people self-love and enlightenment, he made them grateful for what they had and so did not need to do away with the misfortune to grant fortune.

After witnessing this, Zerofuku considered his efforts to be a waste and so sunk into jealousy which later turned into anger and hatred.

Throughout Round 6, Zerofuku is displayed as a temperamental child. His rash decisions and reflexive attacks make his movements hard to read but also make it easy to push him over the edge as he is short-tempered.

Although the short-temper does have a few advantages, it does tend to get in the way of precision and well-thought-out attacks. Further, he seems to lose the ability to think before acting when consumed by rage and misery.

Although some might argue that his one-sidedly justified rage and misery could be a huge plus point when it comes to his power, clarifications on the root of misery haven’t yet been made.

Abilities of Zerofuku in Record of Ragnarok-

Since he is the result of the fusion of seven gods who are the deliverers of divine punishment, it is no surprise that he absorbs the strength of the same level.

Due to his immense strength, he is easily able to swing his divine weapon while sustaining its ever-growing weight at high speed.

In the recent chapter of the manga, we have seen that he can react and act to Buddha in an instant while swinging Misery Cleaver faster than the eye can perceive.

He can also bend and twist his body reflexively, which helps in increasing the impact of his divine weapon. So it’s safe to say that if Buddha did not possess the eighth sense, he would’ve probably suffered heavy damage.

Zerofuku can control the misfortune of others and himself. Thus he can convert his misfortune into misery and then channel this misery into his Misery Cleaver and cause considerable damage.

As he absorbs more misery, the power and the size of his Misery Cleaver increases. This does leave open the stage for the possibility of Zerofuku being able to externally control the misery of others.

In the initial stages of Round 6, Zerofuku displayed the ability to extend his spine such that he was able to separate it from his body and use it as a weapon.

This spine then takes the form of a divine ax, which later transforms into Misery Cleaver. The symbolism of this is that his weapon is a part of himself that acts as an outlet and a buffer for his power and the misery he feels.

At the beginning of the series, Zerofuku was made up of the seven Gods Of Luck called Bishamonten. However, after the revelation of the past, we know that he split himself into seven parts to keep his sanity.

And so as the seven parts of himself went around the world, they absorbed seven specific types of misery which now contribute to his Misery Cleaver.

This form is the result of Beelzebub’s invention and converts Zero’s happy form into Hajun. This Hajun form is well-known by the gods as the Berserker from the Netherworld.

Another title given to Hajun is the Demon Lord of the Sixth Heaven. This form renders Buddha’s Eight sense useless and forcefully rids Zero of his heart.

Judging the path the manga is currently heading towards, things arent looking too good for Zerofuku. This is especially cemented by the fact that he lets his emotions of resentment motivate, control, and dictate his actions.

Of course, things would have been different if he had a calmer personality, but without it, he does seem to manage fine. Zerofuku does have great potential for growth and, with training, could defeat Buddha.

However, since we still haven’t seen a huge surge of undeniable misery from him, we’re yet to see what the angry deity has in store for us.

And if he’s to pull out a trump card any time soon, it’s going to be a move that consumes him and his opponent whole. Well, that’s it for our article on the Power of Zerofuku in Record of Ragnarok Explained. We’ll be back again with another article to keep you informed, so until then, stay safe, stay tuned, and stay hyped.

(2021) Power of Adam in Record of Ragnarok Explained