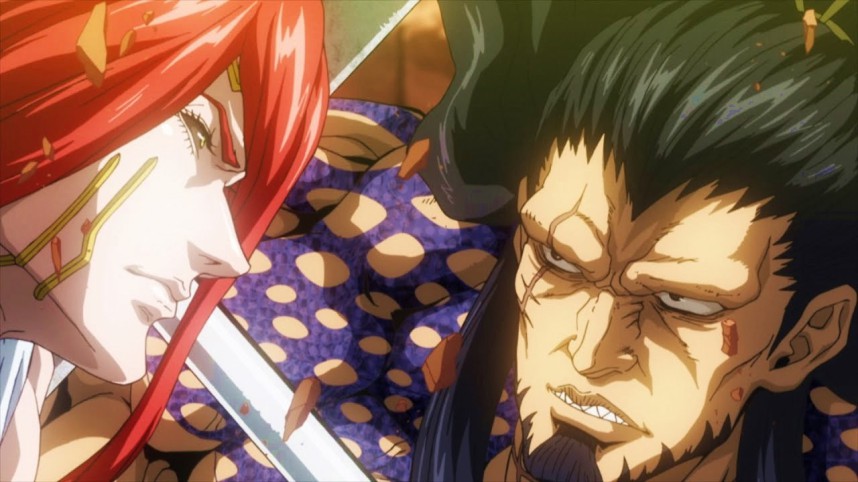 The 2017 manga Record of Ragnarok, also known as Shuumatsu no Valkyrie, is set to be animated and released this June 2021. With its genres of supernatural, battle, action, and superhuman abilities, it sure has its fandom hyped for its fight scenes.

The plot of the manga revolves around a 13 vs. 13 battle that is set to take place between Gods and the best fighters of humanity.  This is decided to be a chance at a saving grace after the gods decide to eradicate all of humanity if they lose.

The special features of this manga are its wide variety of representations of culturally diverse characters, intense fight scenes, and carefully crafted manga panels.

Although the series is relatively new, it already has an unsurprisingly large fandom. And the pure euphoria the manga provides sure is something to chase and wait for as the manga continues its journey.

So down below, we’ve listed for you the Top 10 Manga Like Record of Ragnarok.

The plot of this manga is focused on Natsuo Ishido, a freshman in high school who has a natural affinity for learning and mastering things.

Being naturally talented, the lack of appropriate levels of stimulation leads her to find everything in life to be boring. However, one day after her volleyball practice, she meets a young girl, Yuzuko Mawatari, Yuzuko Mawatari advertising for mixed martial arts (MMA) club.

And so, with a surprising new turn, her view of both the club and her life changes as she finds something interesting to do.

-a) Similarities with Record of Ragnarok:

Like most characters in Record of Ragnarok, this series too has a protagonist who is humbled by another character they may have looked down on.

The manga also displays the fights in rounds that give us an overall character list and also provides character depth with the inclusion of scenes of the main character’s past.

This series is based in the middle Edo period of Japan, where martial arts was at its peak. Here the Unabara State, in particular, is known for being hotspots of multiple martial arts and is ruled by Washitzu Naosata.

With him now growing old, he announces to his sons that he requires a worthy successor. And so we follow the story of how one of the sons Washitzu Neosho, recruits Gama as his fighter to be chosen as his father’s successor in a tournament of martial arts.

-a) Similarities with Record of Ragnarok:

The fighters in this manga are mostly motivated to prove the best form of martial arts, much like the same question posed in the crowd of Record of Ragnarok.

With every round, the series also has a similar multi protagonist-like pattern and a large variety of fighting styles that garner the viewers’ appreciation for each art style.

At the beginning of the Edo period, there existed a prevalence of samurais. Due to internal conflicts, a huge battle between the Tokugawa Clan and the Shimazu clan is now in full swing.

Amidst the chaos lies Toyohisa Shimazu, the leader of the Shimazu, fighting to ensure the safety of his comrades, but his entire unit is massacred.

Despite this, he forces the enemy to retreat but is now left fatally wounded. A few minutes later, he finds himself in a white hallway and, after walking through a few doors, awakens in a different world.

This is where he meets the Drifters, a group of warriors who have passed away and now fight against an unknown evil that threatens humanity.

This manga too showcases a culturally diverse set of characters that, although they are from different backgrounds, unite to achieve a goal and involves 1vs1 battles.

After 17-year-old Iguchi Tatsuya is released from juvenile detention, he is now determined to stay out of trouble.

As he moves in with his aunt in an attempt to stay away from the bad influences of his past, he tries his best to work at her restaurant.

However, it takes more than just a change in place to cause a behavior change. With his unchanged personality, he begins to attract the same attention as before and now must strive to rise above it.

Like Record of Ragnarok, this manga too has immensely detailed manga panels. Although the art style isn’t a complete reflection, the fight scenes are crafted similarly.

It involves most 1vs1 battles and also sprinkles a few backstory scenes.

After Ken, a high schooler, is forced to be a delinquent due to his family’s fall from grade following their involvement with the yakuza.

As he ends up being titled the high school delinquent, he is often inspired and motivated by his crush Yumi. But as Yumi joins the police and leaves Japan, he too decides to follow.

However, due to unforeseen circumstances, he becomes the head of a local gang and now has to hide this secret from Yumi.

This series presents the usual overconfident protagonist who learns to be humble and to respect most of his opponents, similar to Thor and Poseidon.

The illustration of background effects, muscles, and gore is similar to the scenes in Record of Ragnarok. This series is the continuation of the Kengan Ashura series. The story revolves around Narushima Koga, a young boy who wants to enter the Kengan matches.

He, however, also seeks to meet Tokita Ohma and so begins to work for Yamashita Kazou. Here he meets Gaoh Ryuki, a person who looks very similar to Ohma.

However, he is soon running out of time to join the matches as those between the Kengan Association, and Purgatory are set up, and interference of another underground group provides obstacles.

We highly recommend to read Kengan Ashura first then advance for Omega series.

Same as the 13 vs. 13 fighters match from both sides in which the one with the first 7 wins takes the association.

Involves multiple 1vs1 battles that display multiple fighting styles and a variety of character personalities.

The training methods used are depicted to somewhat resemble those of Kojiro Sasaki and guarantee character growth in the same way.

The plot of the series uncovers the backdoor deals of Japan’s business and conflicts.

Being nicknamed the Ashura, he becomes a fighter for the Nagi Group. And so, the series takes us from fight to fight to prepare the road for his greatness.

The 1vs1 battles involve immense training and hard work that resembles that of Raiden.

Yuu Kamishiro is a young bullied misfit denied space by society. After being overwhelmed by everything, in a desperate attempt to reach out to himself, he drops out of school and then wanders the streets.

This is where he learns about violence, and the laws of survival and so begins to defend himself with boxing. Going on, he earns the title of Thug Hunter as he encounters people who seek violence.

Now he paves the way to find his Holyland through fighting people and getting stronger.

Yet again, a character that grows strong through hard work and focuses on the good and just like Heracles.

Their path does have a mixture of dark and light and even shows few glimpses of a dark Jack the Ripper side.

The plot develops in an England that features Vikings. Thorfinn, the protagonist plots revenge against those who killed his father while working with them.

But as war approaches, the young mercenary must fight alongside the murderers to achieve his goals.

And so as the stories of Vinland, a land of peace, looms over them all, Thorfinn must make decisions to stay on track.

Focuses on revenge, rage, and the need to protect like Adam vs Zeus molded into one.

The swordsman’s skills parallel those of Kojiro Sasaki and the scenes are beautifully depicted.

-c) Where to read: Comixology

In a world meant for fighters, the protagonist Guts is abandoned by his mother and then adopted by Gambino.

The mercenary raises Guts to be just like him but goes overboard with his teachings which inevitably leads to the departure of Guts.

Further, Guts earns a reputation for himself and joins a band of mercenaries as they are hired to fight a war. As he grows stronger, he now plots his revenge against all those he previously looked up to.

Beautifully illustrated fight scenes and detailed panels. Also has an adequate amount of gore and action that is displayed step by step.

Well, this concludes with our list of the Top 10 Manga Like Record of Ragnarok. We’ll be back again with another article to help add to your lists so until then stay safe, stay tuned, and stay hyped.