Skip to contentHome » Anime & Manga » Asa Mitaka in Chainsaw Man Part 2: Everything About Her Based on Manga 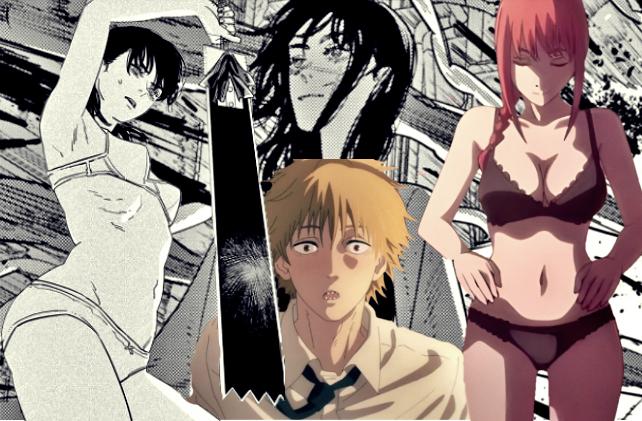 One of the most recent additions to the cast, Asa Mitaka in Chainsaw Man, has been the talk of the town since she appeared. Chainsaw Man Part 2 manga had already started with a bang by revealing one of its most important characters from the first chapter.

We saw many new faces and characters, even new devils and fiends. Out of all those appearances, Asa Mitaka is the most important of them, as she can be considered the main antagonist for this arc or Part 2 manga. In today’s post, we will be taking a look at everything we know about Asa Mitaka in Chainsaw Man Part 2.

Who is Asa Mitaka in Chainsaw Man? 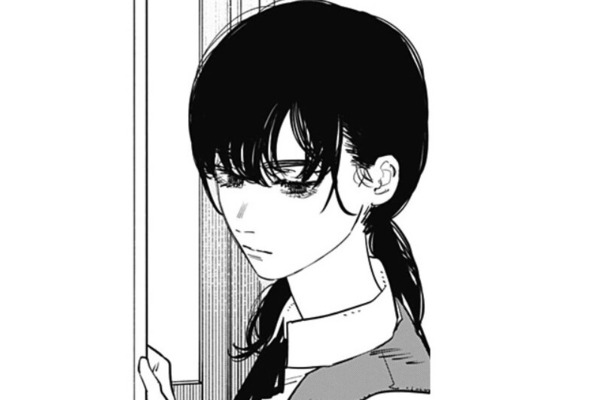 She is one of the primary antagonists for either part 2 manga as a whole or this arc. She is a high-schooler who was shunned and chosen by a fiend after an incident.

Asa is also not very popular with her classmates, as she does not talk with them. She mostly stays silent for the most part and is very awkward at handling things.

Her awkward nature is also showcased in the initial few chapters, as we get her point of view. We also come to understand why she hates all humans and why she is the person now.

Even in the few chapters we get, we can see her hatred for humans increasing after she bonds with the war fiend. It also does not come as a surprise that she has low self-esteem issues and is also very considerate of others.

Asa also looks very charming and cute in her normal appearance. During the times the fiend takes control of her, she looks pretty similar to Makima. This also might mean that Asa has some sort of connection to Makima, which might be discussed later in the manga.

What is a Fiend in Chainsaw Man? 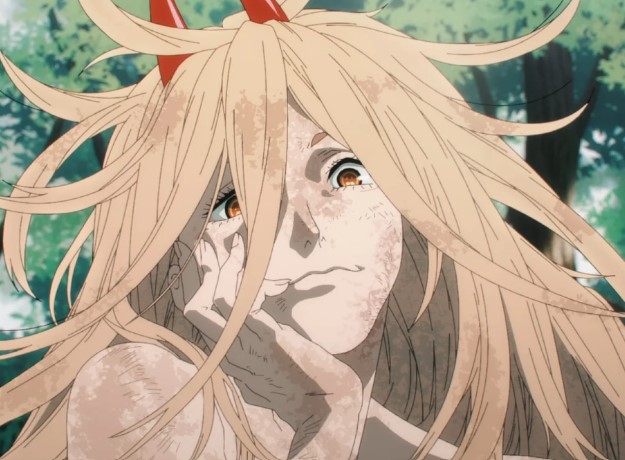 Fiends are generally entities that have taken full control over dead person bodies. Fiend is a very weakened form of Devils, and they need a significant amount of power to keep their existence.

We can also observe that Asa also has a fiend inside of her, but she is not dead. This is also another case for Fiends, as they can even take host living bodies and exist as split personalities.

The fiends are also able to gain complete control of their host’s bodies whenever they please. The reason why Devils prefer this is that they will not die even if their host is killed. This way, they can keep maintaining appearances and keep re-incarnating whenever they die.

Is Asa Mitaka an Antagonist in Chainsaw Man Part 2? 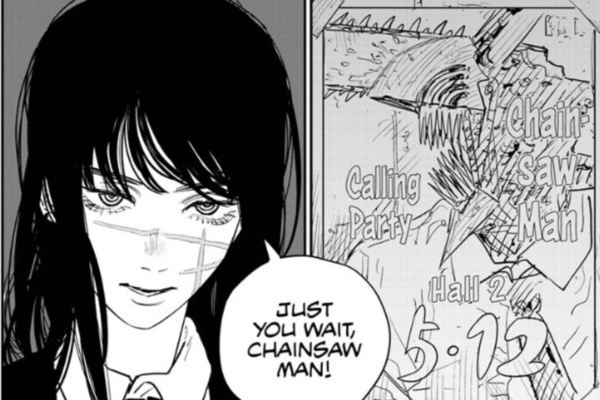 Yes, Asa Mitaka in Chainsaw Man is an antagonist in Part 2 of the manga. Normally, she would be considered a supporting character, but with the war fiend inside of her, she is bound to be an antagonist.

Furthermore, the war fiend, aka Yoru, also reveals that her objective is to kill Chainsaw Man and that she won’t stop killing people until she achieves this. This is the main reason she is one of the antagonists in Chainsaw Man Part 2.

Essentially, she does qualify as one of the antagonists for this part, but we still cannot say for sure if she is the recurring antagonist for the whole part or only this arc. We still need to wait and see for a few more chapters how this turns out and how Fujimoto has planned things for us. 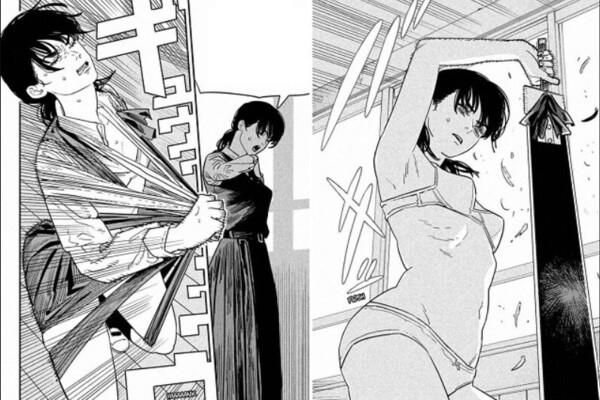 Judging from the events that happened till now, we know how much of a powerful foe Yoru is. She has a variety of abilities that let her match against any opponent.

Fiends generally have less power than their Devil counterparts and possess less control over their human hosts. Yoru also reiterates that she can fulfill her objective easily if Asa gives full control.

This might also mean that Yoru can acquire greater power if she receives the full consent of her host. And this would further lead us to the conclusion that we are still yet to see her at her full power and true potential.

Her basic ability is that she can create weapons out of almost anything. Be it humans or animals, or non-living things, she just needs a connection to that object to turn it into a deadly weapon.

How Did Asa Mitaka connect to War Devil? 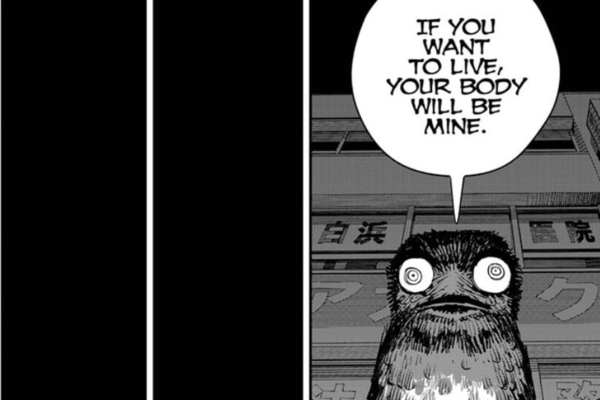 After being shunned by her classmates for the death of the devil, she received a lot of hate from everyone. She had a peculiar stance from the start, and this put her in a very bad position.

She gets bullied every day, and all the hard tasks are thrown at her. One day, she catches a glimpse of her homeroom teacher and her class president talking about that incident. The Class President wanted Asa out of the way as the former had a contract with the Justice Devil.

This eventually turned into her death, as the Class President killed her following these events. When she is on the verge of losing consciousness, the War Devil contacts her and revives her.

Asa Mitaka then manages to turn her homeroom teacher into a weapon and kills her murderer. In the later chapters, she goes through the contract details and learns that she has become host to the War Fiend. This is how Asa Mitaka in Chainsaw Man was revived and turned into one of the antagonists in the series.

Is Asa Mitaka powerful than Makima?

At this point, we can say that Makima is more powerful than Asa Mitaka in any field. Makima had a lot of experience and fighting ability, and Asa Mitaka is still exploring her newfound powers.

Makima was extremely manipulative, and she knew her limits so she could use her powers to the fullest. Asa Mitaka would still need years of experience to even come close to Makima in terms of power.

Makima, further, is host to one of the strongest Devils, Control Devil, which goes perfectly with her personality. Even if Asa could keep creating weapons out of everything, she would still need to kill millions of people to temporarily stop Makima.

Looking at the strengths and powers of both characters, we can safely say Asa Mitaka is not more powerful than Makima. Even Denji had a hard time facing off against Makima as she blasted him off into space in one shot. 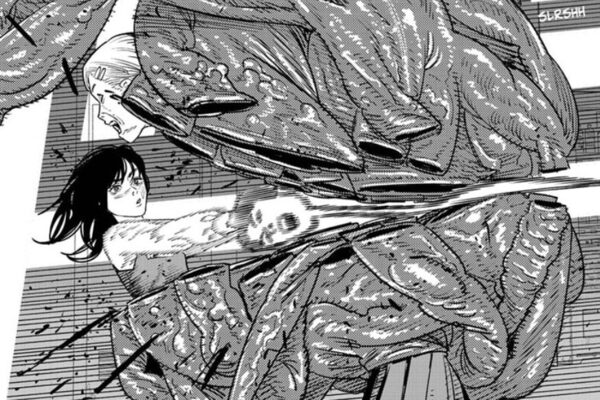 Here, we shall conclude our article on everything we know about Asa Mitaka in Chainsaw Man so far. Hope this was an enjoyable read for you, as we will be coming up with more of this kind of article.