Skip to contentHome » Anime & Manga » Is Tanjiro the Strongest Demon Slayer? | At the end of the series 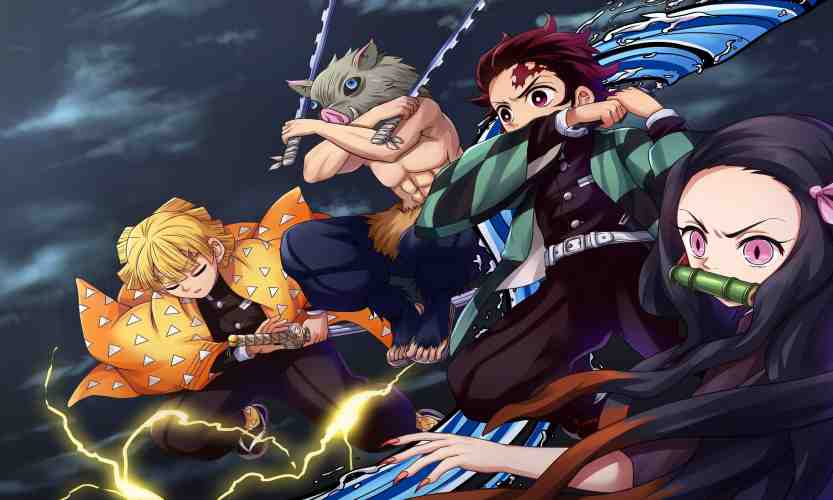 Demon Slayer has been one of those new manga series that has taken the world by storm. With a host of powerful characters and newer styles, the plotline is both intriguing and interesting, and there have been several conflicts regarding the strongest character.

Is Tanjiro the Strongest Demon Slayer?

While Tanjiro is definitely one of the strongest Demon Slayer Cops out there, until the very end, the question of his power and the extent of his abilities have been subjective. In the manga, the complete extent of Tanjiro’s powers is not revealed until the very last moment of his fight against Muzan Kibutsuji, where he fought the demon king despite being in an emancipated state himself.

Tanjiro hailed from a simple family who made their living selling coal, so it is only natural that he learned the fire-style breathing at some point in the series, being the descendent of Yoriichi Tsugikuni, the greatest ever demon slayer. He has enhanced physical abilities, especially after his extensive training after the Murgen Train Arc. This enabled his body to take the strain of his newfound power.

Tanjiro is extremely empathetic and wishes to free all demons from suffering and being converted, which was one of his cardinal reasons for joining the Demon slayer cops in the first place.

He has a great aptitude for fighting and is a master swordsman, able to perform all ten forms of water-breathing techniques. However, under Tanjiro’s friendly demeanor lies a vengeful spirit which is displayed by his readiness to attack Muzan during their first meeting. Tanjiro, therefore, appears cold and violent to all those he feels don’t deserve mercy.

How strong is Tanjiro? | Demon Slayer-

Tanjiro, therefore, has a vast range of abilities, and even without his breathing styles can become quite a formidable foe. Some of his abilities are-

Tanjiro has extremely fast reflexes, and even at the very basic level, was almost able to land Giyu Tomioka a fatal blow. After receiving training in the Swordsman Arc, his speed increased drastically, and he was able to match Sabito, even while performing Total Concentration Breathing. After training in the Butterfly Mansion, Tanjiro’s speed and reflexes could match even the Hashira.

Tanjiro has an extremely advanced sense of smell even at the beginning of the series, can smell danger from miles away. He also has an extremely hard skull with which he can knock out any opponent. He temporarily stunned Sanemi Shinazugawa with his headbutt that left even the other Hashira impressed.

Tanjiro has immense accuracy, even before his training as a demon slayer, when he threw his hatchet in a perfect trajectory to stun Giyu. He also flung his sword with extreme precision to pierce an upper demon’s body and was able to break Inosuke’s ribs by simply punching and sending him flying. He was also tasked with lifting three enormous logs during his training with Gyomei Himejima.

The demon slayer mark covers Tanjiro’s forehead scar and extends over his eyebrows. It increased his physical abilities like his ancestor and gave Tanjiro two special abilities:

Tanjiro Breathing styles | By the end of series-

Hinokami Kagura (Dance of the Fire God)- Although Tanjiro initially began his training in water style, he soon changed it into the form passed down the Kamado family for generations- the Sun Breathing style after remembering his father’s moves during his battle with Rui.

He mastered his technique after the Murgen train arc, so much so that Muzan envisaged Yorichii when Tanjiro performed it in front of him. By the end of the series, Tanjiro could perform all thirteen sun breathing styles.

Is Tanjiro stronger than Yoriichi?

This one’s a tricky question. Tanjiro, in his demon form, definitely possesses the potential to surpass Yoriichi, which was also acknowledged by Muzan. Tanjiro also has the benefit of knowing two different breathing styles along with faster reflexes and great durability, matching Muzan’s speed with mere months of training and reaching the Hashira Level.

However, Yoriichii is the pioneer of the Sun-Breathing style and was the only demon slayer that Muzan actually was afraid of, which showed his special abilities in combat. Tanjiro, in his human form, therefore cannot defeat Yoriichi; however, his demon form definitely possesses the ability to surpass his ancestor.

Is Zenitsu stronger than Tanjiro?

This once’s a clear victory for Tanjiro. While Zenitsu’s Thunderclap and Flash and his speed makes him formidable, Zenitsu’s problem is his limited techniques and despite being a master in his techniques, is severely limited to the overwhelming ability of Tanjiro and his battle prowess.

Tanjiro meanwhile has the benefit of both water and sun breathing styles, has advanced attacking techniques and keen adaptability. In his demon form, Tanjiro is even more formidable and dangerous. Therefore, while Zenitsu is a dangerous demon slayer in his own right, it would be unfair to compare him to Tanjiro.

This once’s a clear victory for Tanjiro. While Zenitsu’s Thunderclap and Flash and his speed make him formidable, Zenitsu’s problem is his limited techniques and, despite being a master in his techniques, is severely limited to the overwhelming ability of Tanjiro and his battle prowess.

Tanjiro, meanwhile, has the benefit of both water and sun breathing styles has advanced attacking techniques, and keen adaptability. In his demon form, Tanjiro is even more formidable and dangerous. Therefore, while Zenitsu is a dangerous demon slayer in his own right, it would be unfair to compare him to Tanjiro.

Is Tanjiro a good demon?

No, Tanjiro, in his brief period, was not a good demon. The only demon to ever surpass the demonic urge for blood was Nezuko, and that was due to her immense love for her brother. Rather than needing blood, Nezuko depended on resting to reaccumulate her energy.

Since all the demons were related to Muzan, they were infinitely drawn by his requirement for blood as means of survival which applied the same to Tanjiro.

Q1. Is Tanjiro stronger than Giyuu?

Ans. At the end of the series, Tanjiro definitely turns stronger than Giyuu, especially in his demon form.

Q2. Who is stronger Tanjiro or Zenitsu?

Ans. Tanjiro is stronger than Zenitsu. A detailed comparison has been made above in the article. Check it out.

Q4. How many breathing styles does Tanjiro know?

Q5. How old is Tanjiro Kamado?

Ans. Tanjiro was only 13 years old when hi family was slaughtered.

Q6. What is the meaning of Tanjiro earrings?

Ans. Tanjiro wears the same earrings as his ancestor Yoriichi who was the strongest demon slayer. The earrings are a symbol of the Sun- Breathing style passed down the Kamado family.

Q7. Why is Kibutsuji afraid of Tanjiro?

Ans. When Muzan first saw Tanjiro, he was frightened by the earrings since Tanjiro’s ancestor Yoriichi has come extremely close to defeating and eliminating him.

The Demon Slayer anime is available for streaming on Netflix. You can also read the manga on Viz. Go check them out.