Skip to contentHome » Anime & Manga » Mob vs Tatsumaki: Who will win? (Mob Psycho or One Punch Man) 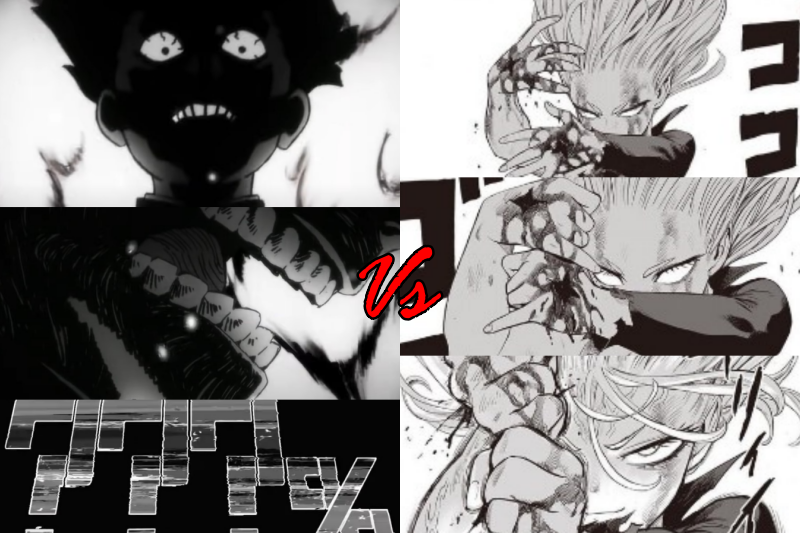 Two of the most powerful Psychics from their universe, Mob and Tatsumaki, are unbeatable in their field. Placing both of them in a one-on-one fight would be appalling, as well as enjoyable to watch them clash with their abilities.

Tatsumaki will win the fight against Mob, even if he is using 100% of his ability. Deciding on the winner of Mob vs. Tatsumaki is a bit harder as it is different to gauge the power levels of different versions of Mob. Tatsumaki is also someone who has been honing her abilities for long than Mob and has better control over her powers.

It can be easily inferred that Tatsumaki will win when Mob is using his 100% ability, but it will be hard to decide when Mob goes all out into his unconscious state. Later in this post, we will take a detailed look at Mob vs. Tatsumaki, their abilities, and their powers.

Tatsumaki is the strongest psychic individual in One Punch Man and one of the strongest heroes, placed at S-class Rank 2 in the Hero Association. She is also known by her alias, Terrible Tornado, and has a deceiving child-like appearance, but she is older than she looks.

Tatsumaki is generally arrogant due to confidence in her abilities and ranking. Her psychic powers are incomparable and unmeasurable due to the sheer extent and power of her abilities.

Her psychic prowess is so much that she can stop a barrage of missiles over a city in seconds or destroy a city in a few seconds. She defeated many powerful monsters, the strongest of them being the fusion of Psykos and Orochi.

Shigeo Mob Kageyama is the main character in the anime Mob Psycho 100 and the strongest esper in the whole series. He is generally not so intelligent or socially active. He is compassionate and forgiving, ready to forgive anyone who hurt him or his friends.

Shigeo does not hurt other people with his powers and tries to keep his emotions in check the whole time. He is a humble and resilient kid who does not even utter a word after people make fun of him.

Despite being the strongest esper in the series, Mob generally wants to try and change villains by talking rather than using his power for everything. Due to this, he also has a lot of stored power, which he can access anytime.

Mob vs. Tatsumaki: Who Would Win and Why?

It can be easily surmised that Tatsumaki is superior to Mob when Mob is in his normal state or using 100% of his ability. In his 100% ability, the only advantage he has is to absorb power from surrounding and other Espers.

But at that time, he faces a significant disadvantage, i.e., stamina. On the other hand, Tatsumaki can use her power at a planetary level. Her offensive abilities can destroy a planet.

However, that doesn’t mean that Mob is weak. Remember, we have yet to see Mob’s true potential. Indeed, Mob, in his 100% state, can rival Tatsumaki and have the potential to fight with her on equal terms.

And consider that Tatsumaki manages to defeat Mob at his 100% state as she is far more powerful. Then Mob will be able to activate his deadly state of ???% form on the verge of dying, and we don’t know how powerful he becomes in his “???%” state. It gives him a considerable advantage in terms of durability and multiple abilities, and here he may defeat Tatsumaki.

Remember, we are comparing two espers from different states of living. On one side, Tatsumaki is a grown woman with complete control of her power and can easily use it to destroy monsters. She can use her powers in combat publically.

On the other hand, Mob is a middle school boy who always suppresses his powers. He always thinks of hurting others and tries to conclude the fight with the minimum usage of his abilities. If Mob learns to tame his powers and grows up in the same universe, then at the same age, he would be the stronger one.

1) Based on Psychic Power

Tatsumaki has a lot of psychic power, and compared to Mob’s innate talent; she can defeat him in raw psychic power. The best advantage Mob has is that he can suck out all the psychic force in the surroundings as well as from his opponents, on top of being able to store vast quantities of Psychic energy. But can he absorb Tatsumaki’s monstrous level of power?

Mob is more durable than Tatsumaki, as he can tap into his monstrous states whenever he is on the verge of death, essentially getting a second life.

Tatsumaki, on the other hand, did show her never-ending stamina and durability, but all that is for naught when Mob decides to become serious.

Mob, again, hosts to a lot more abilities than Tatsumaki, with his effective usage of Telekinesis. Mob is also quick to learn any new abilities and master them, as shown when he performed Chlorokinesis with ease.

Tatsumaki also holds a vast array of abilities, but if Shigeo can suck out the psychic energy from her abilities or understand the working behind them, it’s game over for Tatsumaki.

Tatsumaki has a lot more experience in this field, dealing with many tough opponents and peers, finally settling at S-Rank Heroes’ 2nd spot.

Mob does have his fair share of experience fighting with Espers, but it is not comparable to that of Tatsumaki, who has years of experience in this field than the high school-going Mob.

5)Based on Psychic Control

No doubt, Tatsumaki has better and more efficient control of her Psychic abilities backed up with years of experience and maturing into a fully grown-up adult woman.

Mob is still a high-schooler who is devoid of experience and control over his power. He still needs to mature more and needs to understand his true power to control it.

Even then, Mob still has good control over his powers, as he tries to hold in his power and emotions from swelling up on many occasions. He tries his best to control his psychic powers but still loses to Tatsumaki in this field.

Winding up our article on Mob vs. Tatsumaki, it’s a safe bet to say that victory might lean a bit more toward Tatsumaki’s side in the current situation. But when Mob, on the verge of defeat, activates his ???% state, he will become a mindless berserker annihilating everything in his way. Therefore, currently, it’s nearly impossible to compare them. So, now it’s up to you to decide. Here, we conclude this article. We hope you like this post.