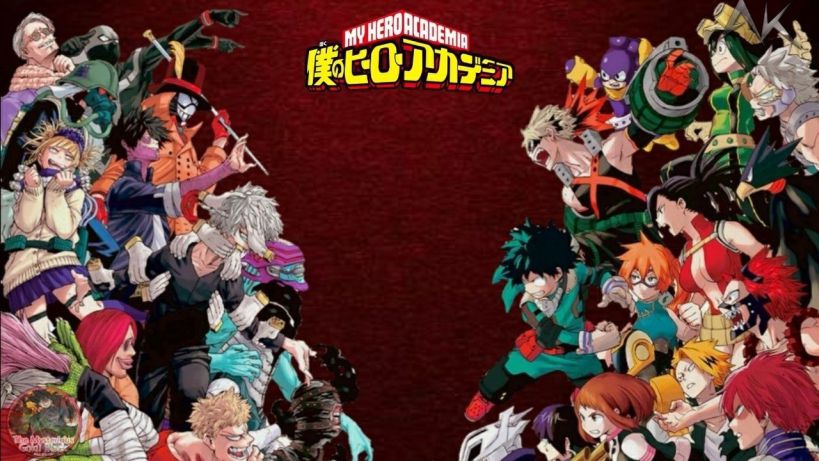 My Hero Academia is a superhero action manga series that began its release in 2014. It is illustrated and written by Kohei Horikoshi. In the year 2016, it released a 13 episode anime and then went on to today’s current position of 5 seasons, two movies, 2 OVAs, and many more to come. This anime series is produced by Studio Bones and directed by Kenji Nagasaki, Tomo Okubo, and Masahiro Mukai.

Its current ongoing manga series has a total of 313 chapters that are spread over 31 volumes. And since it plays into the shonen category, it has garnered a lot of attention from fans and critics alike worldwide. But then again, it isn’t quite surprising since it won the 2019 Harvey Award for Best Manga. This place, of course, is well earned as the manga displays a wide variety of not only characters but also character quirks.

Where to Watch My Hero Academia Anime-

Although the anime series has the typical scared strong main character Izuku Midoriya, he does prove to be an entertaining person to watch. There’s also a bunch of amazing fight scenes that set ablaze themes of recklessness and perseverance that, like most of the side characters, are sure to catch your attention.

Fans can watch all seasons of this anime on the official Crunchyroll website with premium accounts. And if you don’t have premium accounts, we still got you covered. Fans can also head to private websites like Gogoanime to watch the OVAs and the specials. The series has just begun Season 5 this year and releases an episode every week. So fans still have time to catch up to season 5.

Where to Read My Hero Academia Manga-

The ongoing manga series is known for its heart-stopping cliffhangers and beautifully illustrated manga panels. Kohei Horikoshi has definitely improved over the years since his first release in 2014 and the visible growth is definitely something to look out for.

Fans can read all chapters of this ongoing manga on the official Mangaplus Shueisha website and even on the VIZ Media official website.

Must read- Top 10 New Generation Heroes in My Hero Academia

As you can see above this series is pretty lengthy and time-consuming. So if you are wondering if you could squeeze this into your schedule, below we have prepared for you a record of the duration of each title. Kindly note that the record below includes the duration of each title (including the opening and ending theme songs) and the total duration of the series. This list however will not mention the duration of season 5 and the upcoming movie as their durations haven’t been confirmed.

With its well-written plot and entertaining character roles, this anime comes highly recommended. However since it is a lengthy series, we ask that fans planning on binging this series practice caution while doing so. Plenty of breaks between episodes are recommended.

The plot of My Hero Academia, or Boku no Hero Academia, takes place in a world where superpowers have now become the livelihood of the new generation. In such a world, it’s only normal that heroes, villains, and those in-between exist and function well with their superpowers called Quirks. However, unfortunately for our main character Izuku Midoriya, also known as Deku, is born with a slight genetic mutation that leaves him quirkless.

Even with his dreams of being a superhero now shattered, Izuku manages to pick up his pieces and still hopes for the best. This works out well for him as after a flurry of unforeseen events; he ends up becoming the successor of the number one hero All Might‘s quirk One For All. With this, as he moves forward to enroll in a superhero high school, Horikoshi takes us on a long journey to watch him grow into the number 1 hero.

The plus point of this series is definitely its accurate display of friendships, difficulties, trauma, and growth. Every character is granted a tiny character background arc which helps ensure an emotional connection between the viewer and the series. Further, Studio Bones does an amazing job at animating action and character quirks. All things considered, this is definitely a feel-good anime that leaves a satisfying weight when it finishes. Well, we’ll be back again with another article to keep you informed. So until then, stay safe, stay tuned, and stay hyped.