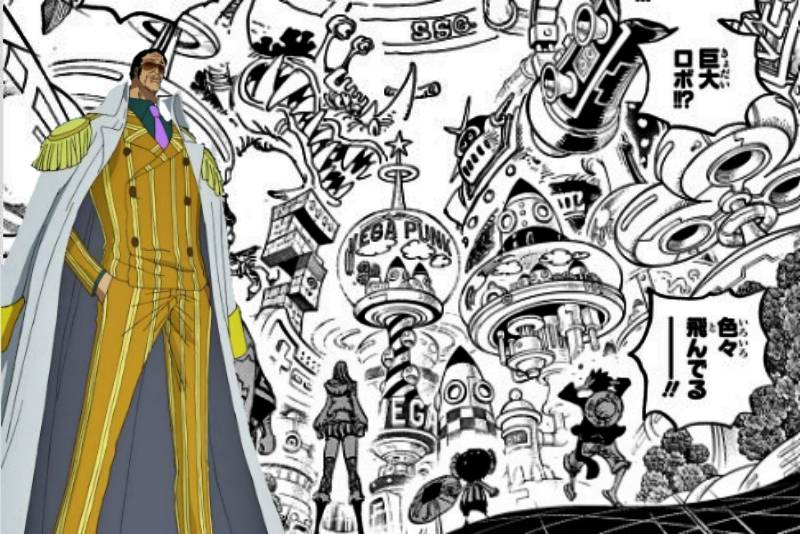 One Piece is having quite a time this last week. With Eichiro Oda’s message at the Jump Festa 2023, hinting at a “Free for All Battle Royale” to come, along with last chapter’s explosive incidents, fans of the series are more hyped than ever. But sadly, the upcoming Chapter 1070 missed its weekly schedule. There was no prior note of a break this year, but with how hectic things are for the manga and its creator, the miss is understandable. Though fans are disappointed not to have their weekly dose of One Piece, they’ll be happy to know that the One Piece Chapter 1070 spoilers and raw scans are here.

In Chapter 1069, we’ve seen Rob Lucci and his CP0 team at Egghead Island to kill Vegapunk. This leads to enemies Luffy and Lucci meeting again after two years. Lucci is excited to show off his newly awakened Devil Fruit form and reclaim his victory from the pirate.

The duo gets into a battle after Lucci attacks Atlas, and we finally get to see Luffy in his Gear 5 form again. Now that Lucci has also attacked and wounded Sentomaru, Luffy is finally going to get serious about facing off against his past opponent in Chapter 1070, titled Strongest Humans.

Fans can read Chapter 1070 on Manga Plus, Shueisha, and Viz Media from December 25, 2022. There are also the TCB scans with unofficial English translations to follow if you can’t wait that long.

There’s also a note that One Piece will be on break next week for the holidays and will resume its weekly schedule again after New Year. Until then, stay tuned with us as we bring you more exciting One Piece-related contents. And while you’re at it, you can check out our other articles.