Skip to contentHome » Anime & Manga » Sanji Vs. King (One Piece) | Based on Sanji’s New Transformation 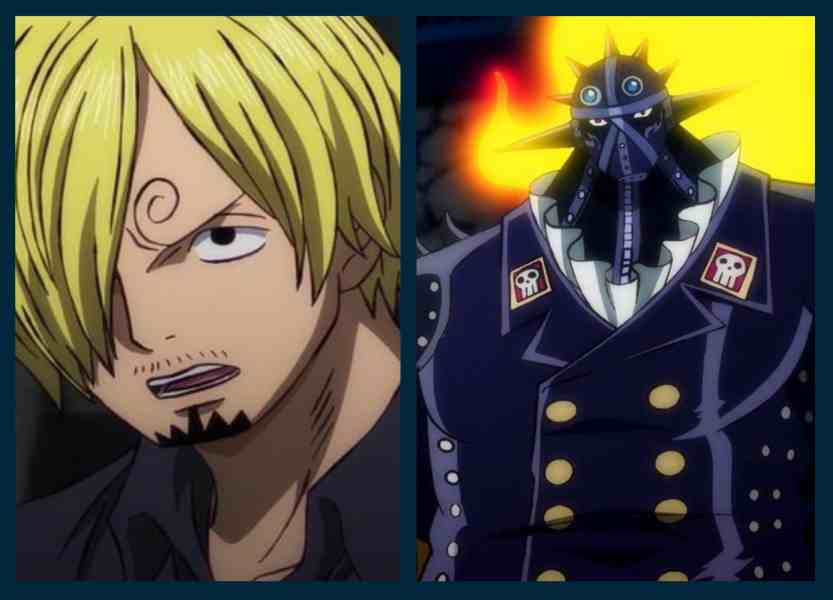 One Piece has been one of the longest-running manga out there, with an almost never-ending list of characters and their ever-increasing abilities. Luffy’s adventure in the New World and his association with the Yonko brought in a new era, especially with Luffy taking on the crew of Kaido and Big Mom, and never before has any pirate dared to challenge the Yonko together.

With the introduction of the Wano Arc, a battle has been teased between Sanji and King and between Zoro and Queen of Kaido’s crew. Although Luffy initially lost to Kaido at the beginning of the arc, he has since then developed his conqueror’s Haki to even the things out. And with his growth came the growth of his teammates Zoro and Sanji. Today, we’ll discuss the outcome of the Sanji vs. King debate.

Must Read- (Updated) Truth of Florian Triangle in One Piece (2022)

Due to his actions and his abilities, King is the primary antagonist in the Wano Arc. We will discuss about King’s devil fruit abilities, his Haki and special forms and what makes him so formidable in the first place, and how he has earned his title as one of the all-star beasts in Kaido’s troops.

Who is King? (One Piece)

King is one of the all-star commanders of the Beast Pirates belonging to the supposed extinct Lunarians who are able to produce fire from their bodies. He stands at a towering 163cm of height and wears a black suit that covers him completely to hide his identity. He has large black wings extending from his back with a brown complexion along with silvery-white hair.

Without his mask, he has a tattoo of a laurel wreath on his face; however, he keeps his face well hidden with a leather mask. He carries a sword that he can set aflame and can, which greatly increases his strength in combat.

What is King in One Piece?

King is the last of the Lunarians, the mythical race with the ability to create fire from their bodies. As the only known surviving member of this race. Lunarians are similar in their appearance to humans, only that they have enormous wings sprouting at their back and have brown skin along with silvery hair.

Lunarians are extremely tough in battle, with Queen describing King as a “monster that can survive in any natural environment.” When the fire on their wings is turned off, they lose their endurance but gain five their normal speed, which makes them formidable.

King has a huge advantage when it comes to his tribe and the accompanying battle skills. He can use his inherent flames to cover his sword and is a master swordsman. His flames also gives him higher endurance and durability. By turning his flames off, he loses his durability but gets immense speed which greatly accentuates his fighting style. The fire on his back as well as his fiery sword makes him a force to be reckoned with in the Wano Arc.

King is also one of the most competent users of the Kenbunshoku Haki that allows him to sense the presence, strength, and even emotions of his foe, which he infuses with his battle strategy to defeat his foe.

Unfortunately, King is unable to use Conqueror Haki.

Abilities of King in One Piece-

King does not have a refined form of combat; instead, he uses a combination of hand-to-hand combat and swordsmanship in a pragmatic manner to battle his enemies. King is an equally competent swordsman, and his skill is displayed with him keeping up with Zoro’s three swords fighting style. Owning to his Lunarian descent, he is exceptionally durable and, despite his immense stature, is extremely fast and agile when he wants to be.

Befitting his Lunarian origin, King is able to control and generate fire both in his humanoid as well as Pteranodon form. His flames are so strong that they take the appearance of being magma and has several special attacks like:

Andon- In this attack, he engulfs his first in a ball of fire, and his punches become extremely deadly, also known as the Imperial Flame.

Karyudon- In this form of attack, King engulfs his words with fire and creates a dragon with the subsequent magma, also known as the Imperial Flaming Wings.

Omori Karyudon- This is basically an advanced form of Karyudon where King creates a larger dragon who has a greater chance of hitting his target, also known as the Extra Large Imperial Flaming Wings.

King ate Ryu Ryu no Mi, Pteranodon, a Mythical Zoan type fruit that allowed him to transform into a Pteranodon or a partial-pteranodon at will. It significantly increases his speed and mobility and, in his fully-morphed form, allows him to use his wings as blades ad unleash powerful slashing winds.

Sanji is the cook in Luffy’s crew and a former prince of the Germa Kingdom. In the Enies Lobby Arc, Sanji showed a new ability- the power to heat his lower legs to become red hot, known as Diable Jambe. He also has a stronger and more durable exoskeleton, and his battle against Queen awakens the ability to snap his bones back into place that making his fighting style even more dangerous.

This is Sanji’s specialty which he learned during training in the Kamabakka Kingdom, and he can sense the presence and emotions of others.

Although he is not as skilled as Luffy in Busoshoku Haki, he can use the Busoshoku Haki for defensive purposes, which resulted in the formation of Ifrit Jimbe.

In his battle against Queen, Sanji was able to continue fighting even after breaking his leg, which snapped right back into place. This showed Sanji’s new awakened ability, which provides him with immense durability in battle while also continuing his immensely physical form of battle.

Sanji has developed enhanced speed due to his Genma lineage, which has increased his combat strength which is shown in manga chapter 1028.

Sanji Vs. King (One Piece)-

In the last meeting between Raid Suit Sanji vs. King, King was an overwhelming victor. Sanji, despite his powers, was no match for King; however, with his new awakened powers, can Sanji hold his ground against King.

If it comes down solely to physical strength, then King wins by an overwhelming majority. While Sanji is more of a tactical fighter, brute force has never been his style, and since King prefers melee combat, King will emerge a clear victor here.

However, when it comes to speed, Sanji comes out as the victor. Being Lunarian, King’s speed is sacrificed in the alter of extreme durability and endurance, and unless King is willing to turn off his flames, despite being fast, Sanji will take this round.

This is the round that King takes with the overwhelming majority. Despite Sanji’s enhanced exoskeleton, he is no match for the innate abilities of King, at least when it comes to survival and durability. King will be expected to make complete use of his Lunarian abilities and since defeating a Lunarian on the basis of simple durability is next to impossible, King takes this round.

Both Sanji and King can be considered pretty evenly matched in this round. While Sanji’s specialty is Kenbunshoku Haki, King is no slouch in Busoshoku Haki and can use it to make his sword even stronger and which gives him an advantage in combat. Sanji’s heightened reflexes, however, might allow him to dodge these attacks so this bout can be called a draw.

Sanji vs. King| Who will win?

While Sanji and King can be considered pretty evenly matched in different aspects, with Sanji’s enhanced exoskeleton and speed in comparison to King’s special attacks and durability, it is going to be a tough fight; however, there is a greater chance of King emerging victorious. Since both of them do not have conqueror Haki, the battle is going to be pretty even; however, King has the advantage of being a devil fruit user.

Further, King has the ability to fly in his, Pteranodon form which gives him a strategic advantage. King also has had a long time to horn his skills in combat and also uses a weapon that gives him a distinct advantage. Therefore, in my opinion, King will win in low difference against Sanji.

The One Piece anime is available for streaming on Hulu, where they recently completed their 1000th episode. You can also try out the manga on Viz and Shonen Jump. Go check these out.