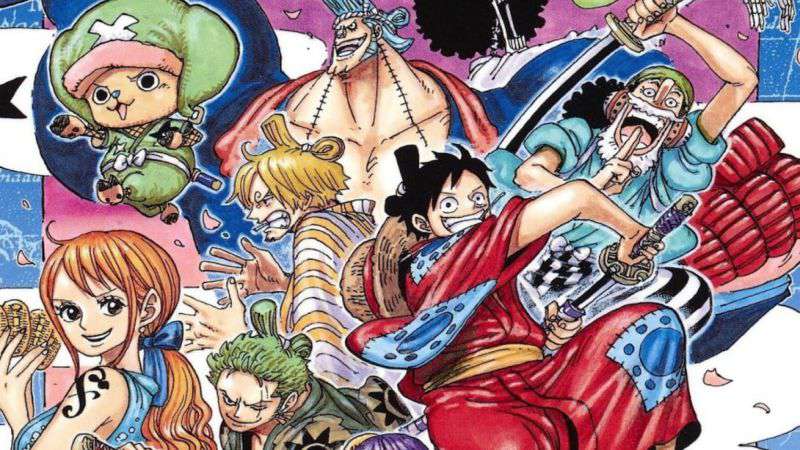 The world of One Piece really is one of the primary examples of world-building, with many abilities and even more extraordinary powers. It traces the journey of Luffy as he sets out to become the pirate king with his crew in tow.

In this world, one of the strongest sources of power is the Devil Fruits. These devil fruits allow their users to modify their bodies and use them for a horst of abilities. At present, there are seven known types of devil fruits;

However, there exists a state even beyond the ordinary devil fruit usage, known as the awakened state of the devil fruits, which grant their uses even greater power. Today we’ll discuss the Top 10+ One Piece characters that are Awakened Devil fruit Users. So without wasting any time, let’s dive straight in.

Must Read- Top 15 Best Pirates Anime Of All Time Ranked

Minotaurus is one of the five jailer beasts of Impel Down. His awakened Devil fruit abilities allow him to transform into a Holstein cow. Along with shape-shifting, Minotaurus also has accelerated healing which allows him to recover quickly from huge amounts of damage. He may look harmless but is extraordinarily ruthless and vicious on the prisoners.

Minokoala is another of the five jailer beasts of Impel Down. His devil fruit allows him to turn into a koala. He enjoys eating Eucalyptus and bullying Minorhinoceros. He is in charge of punishing and maiming the prisoners and fights with knuckles on each hand.

Minorhinoceros’ devil fruit gives him the ability to turn into a rhino. He wields two spiked clubs, which he uses for battle. His awakened devil fruit abilities give him accelerated healing that allows him to heal quickly from the massive amount of damage suffered during the battle.

Minozebra is one of the supporting antagonists in the Impel Down Arc. He ate the zoan type devil fruit that, in its awakened state, allows him to transform into a humanoid zebra. Along with transforming into a zebra, he can rapidly recover from vast amounts of damage. He is considered to be very shy; however, his shyness is just a facade as he enjoys punishing the prisoners. He fights with a mace with that has a spiked ball attached at one end.

Minochihuahua is the newest addition to the jailers at Impel Down. His devil fruit gives him the ability to transform into a chihuahua. He uses a rope to hang the prisoners and has a high-speed recovery rate during battle. Like the other Zoan guards, he is extraordinarily vicious and enjoys punishing the inmates.

Well, Gild Tesoro has just the power you associate with a casino owner- the ability to manipulate gold that he had previously touched. He can use this golden mountain of gold to bury his enemies.

Ever since awakening his devil fruit, Gild can use all the gold in Gran Tesoro to protect his city and prevent break-ins. And can even use the gold to construct concentrated light beams to destroy a Marine warship.

Crocodile was one of the first proper antagonists that Luffy faced in the Arabasta Arc. Formerly one of the Seven Warlords of the sea, Crocodile has the ability to manipulate his body by turning himself as well as his surroundings into the sand, giving him the title “Desert King.”

He also participated in the battle on Marineford and later headed out to explore the new world. Being one of the only few people that defeated Luffy completely in the Arabasta Arc, he is a seasoned, savvy pirate with high ambitions, and it speaks incredibly of his strength.

Magellan is the former chief warden of the Impel Dawn and is the primary antagonist of the Impel Down Arc. His devil fruit gives him the ability to create and manipulate poison at will. An added bonus is that he cannot be poisoned himself, which leads to him consuming an immense amount of poisoned food that causes diarrhoea.

He is three times the size of a normal human and has horns that are detachable and can be used as boxing gloves. His most powerful attack is Kinjite, which can destroy even the stones of Impel Dawn, and naturally, he features above crocodile in this list.

As the captain of the Donquixote Pirates, Doflamingo is a former member of the seven warlords of the sea and also a former world novel. He is the primary antagonist in the Dressrosa Arc. His devil fruit gives him the power to manipulate strings, which he can manipulate so fine that it can cut through almost anything.

The only reason he is so down in the list is due to the fact that after his defeat in Marineford, he is presently a prisoner at Impel Dawn; however, the way he is shackled at his feet and across his body shows how dangerous he actually is.

Infamous for their cruelty towards civilians, Eustass and his bunch, known as the “Kid Pirates,” is referred to as one of the twelve pirates from the worst generation. Kid ate the Jiki Jiki no Mi fruit that allowed him to manipulate magnetic fields.

Kid has a bounty of 470,000,000 bellies which tells how dangerous he really is. He lost his arm in his battle against Shanks and is considered as one of the most vicious and bloodthirsty pirates in the New World.

Law was force fed the Ope Ope no Mi fruit by Doflamingo. It is a heart-shaped fruit that allows spherical space manipulation- making the user a Free Modification Human, also called the ultimate devil fruit.

After escaping from the Donquixote Pirates, Law became the captain and doctor of the Heart Pirates. He was also established as one of the seven warlords of the sea before his position got revoked for siding with Luffy and is considered one of the twelve pirates belonging to the “Worst Generation.”

Katakuri is one of the Three Sweet commanders, who, apart from having awakened his devil fruit abilities, can also use Kenbunshoku Haki to foretell danger. He is the strongest of the three sweet commanders, second only to Big Mom; his bounty of 1,057,000,000 bellies is proof of that.

He has the power of turning his body into mochi at will and is extremely devoted to his family. He also serves as the minister of Flour of the Komugi Island and is one of the strongest members in One Piece.

Aokiji’s real name is Kuzan, and he is one of the prime antagonists of the Marineford Arc. Also, he is powerful enough to be appointed by Sengoku for the fleet admiral’s post, and his devil fruit allows him to create, control, and transform into ice at will, giving him the title of Freezing Human.

He is one of the strongest aces in the World government’s pockets; however, he has allied himself with the Blackbeard pirates at present for unknown reasons.

Sakazuki is the current fleet admiral, having succeeded Sengoku. He is a firm believer in the concept of Absolute Justice, so much so that Aokiji resigned from the Marines after his promotion. Sakazuki’s awakened devil fruit form allows him to transform, control and create magma from his body at will.

Along with that, his magma is scorching and explosive, increasing his offensive output. Even without his devil fruit power, he is powerful physically and also an extremely competent leader whose first decision was the relocation of the Marine Headquarters to control the New Pirate Age.

Douglas Bullet is the primary antagonist of One Piece: Stampede. He was broken out of prison in the chaos caused by Luffy and Blackbeard. His devil fruit in its awakened states gives him the power to disassemble and reassemble machinery.

Along with it, Bullet can use Haoshkoku and Bososhoku Haki and is Haoshkoku Haki is even stronger than Luffy’s and was imprisoned at Impel Dawn for 20 years. He plotted to destroy the world’s most powerful people by luring them into the Pirate festival.

Here, we conclude our article on Top 10+ Strongest One Piece Awakened Devil Fruit Users Ranked. Recently, One Piece concluded it’s 1000th milestone episode. It is available for streaming on Hulu. So go ahead and join Luffy in his quest to become the Pirate King.

Mystery of Monkey D. Dragon Devil Fruit in One Piece

(2021) Top 7 Characters who can overpower Gol D. Roger in One Piece