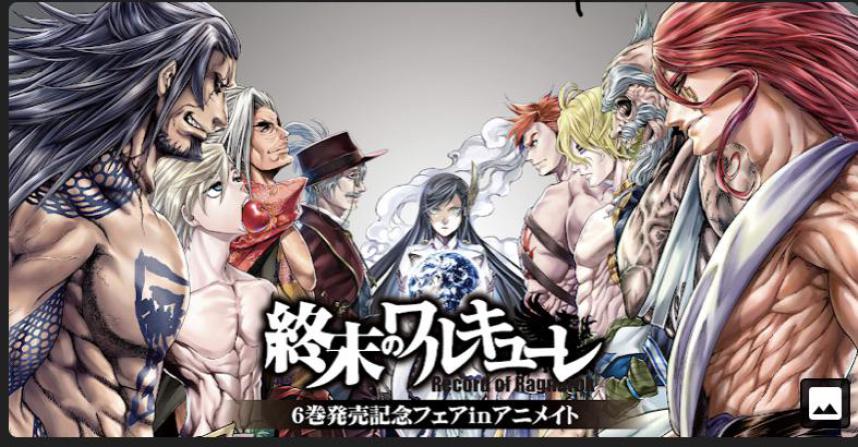 Record of Ragnarok is a 2017 supernatural manga written by Shinya Umemura and Takumi Fukui and illustrated by Ajichika. With the hype surrounding its recent anime release, we’d like to present to you a list of the Top 10 Strongest Gods in Record of Ragnarok ranked.

Record of Ragnarok starts with the Gods meeting every thousand years to decide the fate of humanity. But in this particular meeting, they decide to eradicate humankind for their misdeeds. To prevent this, Brunhild, a valkyrie, brings up the concept of Ragnarok.

The series showcases a wide variety of gods and humans throughout the history of humankind and pits them against each other in a 13 vs 13 battle. Scenes of this manga are well detailed with Shuumatsu no Valkyrie characters and although the anime doesn’t shine as much it too has a special charm.

Warning, Spoilers Alert for anime lovers. Some characters in the list are from the manga.

Loki is a Nordic God of deceit and mischief. He excels in shapeshifting and has immense observational skills, which let him notice many fine details like those of the Volund.

He’s smart, can levitate, and can create portals. Although in the manga we haven’t yet seen his powers, the anime opening showcases him with sickle-like chains. These chains emerge from his palms through portals.

Ares is the Greek God of War and the son of Zeus. He is well versed in the combative skills of war and has a high amount of strength considering his relation to Zeus.

His strength was showcased in situations like when he went against Heracles when delivering divine punishment on earth. During this time, Ambrosia was most potent and contained a large amount of raw power from Zeus.

The Greek God of strength and fortitude ascended to godhood by drinking ambrosia which granted him a small amount of power that Zeus possesses. Heracles strictly follows the values of justice and protects them with his high endurance, strength, and will.

He also possesses the Herculean Exodus technique, which he gained from the 12 Divine Labours. This technique allows him to convert his club into 12 different kinds of forms of mythical animals.

However, he does tend to stick to his values which proves to be a weakness. The fact that he refuses to use any unjust tactics to win places him this low.

Zerofuku is the fusion of the Seven Lucky Gods. He is the god of misfortune and thrives on misery. His Divine equipment is an ax obtained through biokinesis of his spine.

It is called Misery Cleaver and tends to grow in destructive power as he diverts the concentration of misery from himself to his equipment. As it grows with his misery, he is equipped with a body strong enough to support its weight.

He also swings his immensely large equipment with great speed and control. However, he is extremely temperamental and refuses to see through reasoning during battle.

Related: (2021) Power of Zerofuku in Record of Ragnarok Explained

Poseidon is the Greek god of the sea and is known to be the most feared God in Greek history. Being one of the three main Greek gods, he is blessed with great speed, strength, reflexes, and endurance.

He even practices hydrokinesis which lets him control water and use it as efficiently as his divine equipment, a Trident. His attacks include Amphitrite, which delivers multiple Trident blows in a blink of an eye.

He can also call down lightning-quick blows, and his 40 Day Flood creates a dome-like attack pattern that leaves after images from its quick movement.

Shiva, the Hindu God of Destruction, has 4 arms and 3 open eyes, is known to be the strongest Indian God. His 4 arms have an immense amount of strength which is accompanied by fast reflexes.

His war dances allow him to move at ungodly speed and also heats his body into near scalding heat. This effect is achieved by increasing his pulse and temperature dangerously high but also makes his attack pattern unreadable.

Buddha is one of the Four Sages. he possesses an immensely trained body that’s accustomed to high-speed reflexes. After enlightenment, he gained the 8th Sense, which allows his eyes to see a few moments into the future.

However, the form he attacks with is not chosen by him, which makes it a risky problem when it comes to specific attacks planned.

The Nordic God of thunder and Nordics Strongest Warrior and God as displayed is well built. He was strong enough to take down a whole army of Jotuns.

Being the god of thunder, he also practices electrokinesis and uses it to coat his divine hammer Mjolnir with lightning. When coated with lightning, Mjolnir turns almost molten and can even burn his opponent to a crisp.

His Geirrod form lets his flying hammer increase in destructive power on retrieval, and his throws are almost undodgeable.

Odin is the father of Thor and is titled to be the Supreme Norse God. He is a man of few words and speaks through ravens, Huginn and Munnin.

He is known as the God of Wisdom and so can see through bluffs and disguises. He is most likely to be one of the last bosses in the series and specializes in Life Decay.

Using Life Decay, he can take away the life from all living things. Although the extent of his power is unknown, we’ll have to use Thor’s power as a hint of his own.

The Greek Supreme God is also known as the Godfather of the Cosmos. His position alone as the Chairman of the Gods Council should speak for itself.

He is strong enough to be able to hold back Heracles and Ares at the same Time. Using his Meteor Jab, he can throw in rapid jabs that move 10 times faster than the previous one.

His final form compresses muscles into a diamond-hard competition, and this form is also capable of tearing apart the heavens. The final blow is known as The Fist that Surpassed Time is faster than one-millionth of a second. This makes him the Strongest God in Record of Ragnarok.

With this, we conclude with a list of the Top 10 Strongest Gods in Record of Ragnarok. With the progression of the series, this list will be updated in due Time. However, we hope that these included some of your favorites.

We’ll be back again with yet another article to keep you occupied, so until then, stay safe, stay tuned, and stay hyped.