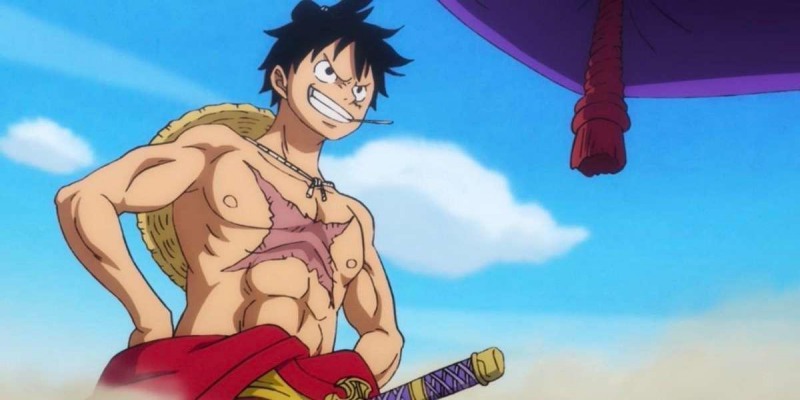 One Piece is an ongoing anime adapted from the bestselling manga of the same name, which Eiichiro Oda created. The story follows Monkey D. Luffy, a high-spirited boy whose only goal is to find the ultimate treasure – One Piece and become the King of Pirates.

To reach his destination, Luffy forms the Straw Hat Pirates and recruits companions that can help him attain his goal. Luffy accidentally ate the Gum-Gum Fruit, a Devil Fruit, which gave his body the properties of rubber. However, anyone who consumes the Devil fruit has an inevitable fate: they can never swim in the water.

Both the anime and the manga are currently in the Wano arc, with everyone anticipating if Luffy can defeat the strongest creature, one of the Four Emperors – Kaido. Fans believe this arc is going to be one of the best and cannot wait to see what Oda has planned out for Luffy.

By now, every fan would have a question – How strong is Luffy currently in 2022? We know that in the manga, Luffy is fighting Kaido one on one. So has he become on the same level as the Emperors? Let’s discuss.

Must Read- How Strong is King? (One Piece) | Power Comparison, History, Race

Presently, from what we can gather from the manga, Luffy’s power has surpassed the power of a Yonko’s First Commander. However, he is not as strong as one of the Four Emperors, at least not yet. In my opinion, Luffy stands somewhere between Yonko and their Right hands.

In his rematch with Kaido, we can see that Luffy has exponentially improved his Haki control and is able to land powerful blows at Kaido. By the end of the Wano arc, Luffy’s power level might be in toe-to-toe with that of a Yonko or even a Fleet Admiral (Akainu, not Sengoku).

Note- Here, we are considering Akainu to be stronger than the other admirals. However, Sengoku is far more powerful than Akainu.

If Luffy beats Kaido, he will have defeated the strongest pirate ever and leveled up even more after his battle with Kaido. However, there are three other Emperors who Luffy is after, and that includes Red-Haired Shanks as well.

It is still questionable as to whether Luffy can take on the other three of them: Big Mom, Shanks, and Blackbeard. However, one can say for sure that after the Wano arc, Luffy might be on par with the Four Emperors.

After all, Luffy has been through and the powers he has gained, fans can speculate the possibility of Luffy being the unannounced Fifth Emperor.

According to the various fans, after the Wano Arc, Luffy will overpower Big Mom in a one-on-one battle. But for Blackbeard and Red-Hair, no one is still confirmed because we don’t know the true abilities of Shanks, and Blackbeard has his own mysteries too.

What is Luffy’s Power?

The strongest power that Luffy has is his Will Power. Luffy has exhibited strong willpower throughout the whole series, a characteristic and defining trait of Luffy’s.

This is very evident in his fight with Rob Lucci in the Enies Lobby Arc. Rob Lucci was a tough opponent even though Luffy had two aces up his sleeve: Second Gear and Third Gear.

However, he was able to come through and defeat Rob Lucci despite being completely paralyzed, thanks to Usopp’s motivational words.

Even after being poisoned to death by Magellan, Luffy was able to recover faster thanks to Ivankov’s hormones. He overcame excruciating pain because of his strong willpower and the need to save his brother, Ace.

Currently, he was defeated by Kaido two times; still, he stands to overpower him. And now he is on the same level as Kaido.

What is Luffy’s Devil Fruit? Power and Abilities Explained

Luffy ate the Gum-Gum Fruit, which is a Paramecia type of Devil Fruit. The Devil Fruit was initially in possession of Shanks’ and his crew, but Luffy ended up eating it accidentally.

The Gum-Gum fruit gives Luffy’s body the properties of rubber. He can stretch too long distances, bloat his body, and even thwart bullets and other injuries because of his elastic nature.

How strong is the Gum-Gum Fruit?

The Gum-Gum Fruit was initially under the protection of the CP9 and the World Government. Former CP9 agent and current Tobi Roppo Who’s-Who was responsible for looking after the Devil Fruit.

The fruit was later stolen from right under his nose by Shanks and his crew. This resulted in Who’s-Who getting imprisoned. Let’s discuss some of the best abilities of Gum-Gum Fruit.

Gum-Gum Fruit gives the user the properties of rubber. The person can stretch too long distances. The user can also elongate different parts of the body. Another technique that can be utilized from this Devil fruit is stretching like a spring.

The user can stretch their limb for a long distance, thus storing potential energy just like a spring. Once released, the attack will pack a powerful punch.

Thanks to the elasticity of rubber, no blunt attacks and bullets can harm the user; even if the user of the Gum-Gum fruit falls from a great height, they will be left unscathed.

The rubber-like properties of the fruit are even extended to the internal organs. Therefore, Luffy can expand his blood vessels, thus resulting in an increase in the blood flow. This enables him to have faster movements, more stamina, and he can pack more powerful punches than usual.

Must Read- One Piece: Does Luffy beat Big Mom? Power Comparison Based on Manga

Haki is a form of spiritual energy that can be utilized for combatting and sensing danger or a person’s actions. Luffy is among the rare set of people who can use all three types of Haki. Former Rogers Pirate Silvers Rayleigh tutored Luffy on how to use Haki for two years.

Using Observation Haki, Luffy can sense his opponent’s next move, emotions, and intent which can help him dodge attacks. Luffy was able to improve his use of Observation Haki in the Whole Cake Island arc when he fought Big Mom’s son Charlotte Katakuri.

Thanks to the use of Armament Haki, Luffy is able to hit Logia users like Caesar Clown and Smoker.

Luffy trained his Armament Haki further in Udon under the tutelage of Hyogoro. Now, he can emit Haki up to a distance, thus destroying his target from inside out. Hyogoro called this ability Ryou, using which Luffy is able to get through Kaido’s tough scales and hurt him.

Luffy initially knocked out 50,000 people using his Conqueror’s Haki, as seen in the Fishman Island arc. In the Wano arc, Luffy learned that he could infuse his arms with Conqueror’s Haki to give out more powerful blows.

During his rematch with Kaido, both of them faced off with their Conqueror’s Haki, which was so powerful that it split the clouds.

This shows that Luffy’s Conqueror’s Haki is on par with Kaido’s, who is the strongest pirate and one of the Four Emperors. Thanks to his bloodline, Luffy’s Conqueror is equal to the Emperors only at the age of 19.

What is Luffy’s Strongest Form? | Current-

Luffy’s current strongest form is Advanced Conqueror’s Haki Form combined with Ryou. Through this, he is able to defend Kaido’s blow and can damage him through his tough skin.

At that time, everyone thought that this was Luffy’s most potent form, but his Gear 4 was not even close to Big Mom and Kaido. Both the time he was severely smashed by them using Gear 4.

Since then, Luffy has significantly improved with his use of Haki and infusing Haki into his usual attacks under Gears Two, Three, and Four.

Luffy learned an advanced level of Armament Haki, Ryou, which helped to hurt Kaido. Ryou helps him emit Armament Haki towards his target, thus, destroying them inside out.

According to Kaido, only the rarest of the few having Conqueror’s Haki can achieve Advanced Conqueror’s Haki. In contrast, in his current form, Luffy is on the same level as Yonko.

That concludes the analysis of Luffy’s power, and you can see how much he has grown since the first chapter or episode of One Piece. You can check out the manga on Viz or Shonen Jump. You can stream One Piece on Funimation, where the current 1004th episode is out!

Ans. Yamato is a Zoan and  Advanced Conqueror’s Haki user, however, Luffy has more battle experience, therefore, he probably can beat Yamato.

Ans. Luffy has powered up and unlocked new potential in Wano and was successful in landing blows to Kaido. He might be able to beat the strongest pirate.

Ans. Luffy had advanced in his use of Haki and there are not hints as to if he was training and developing the next Gear. Therefore, a Fifth Gear probably wont happen.

(2022) Meaning of Blackbeard’s Pirate Flag in One Piece | Updated