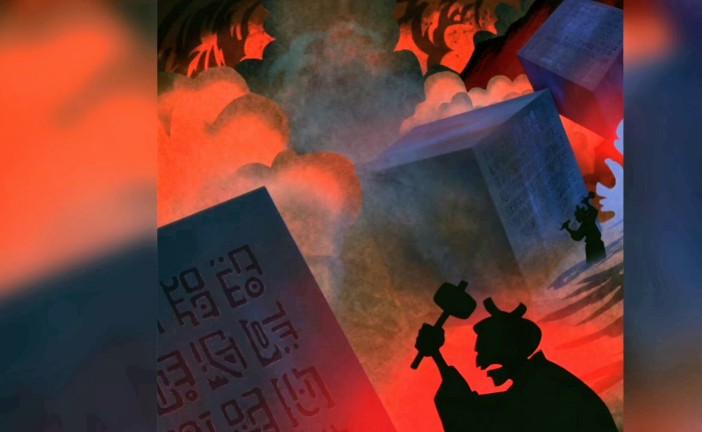 One Piece, probably one of the most exciting and chilling animes of all time, which is famous for its thrilling adventures and hardships faced by pirates. The conception of One Piece revolves around the three key points: The Void Century, Joyboy, and the Ancient Kingdom.

In the previous chapters, we had seen the journey of Gol D Roger to accomplish his dreams along with Oden. Subsequently, he discovered that he was not the first pirate who reached the last island. Joyboy had reached this island 800 years ago. Roger learned about the ancient weapons, Will of D, and the void century from the treasure left by Joyboy. This is all Oda sensei has disclosed to us.

In this post, we will discuss the journey of Joyboy towards the first Pirate King and the meaning of the apology message that he left on Fishman island.

Story of Joyboy in One Piece-

As justified by Oda sensei, Joyboy is a pirate from the Void Century who left his knowledge on the final island. Therefore, he was associated with the Void Century towards its end. The journey of Joyboy had begun during the slaying of the Ancient Kingdom by the other 20 nations.

Throughout their defeat, they delivered their knowledge carved on Poneglyphs across all four blues. Joyboy had delivered one Poneglyph to Fishman Island, which solidifies the fact that he is indeed from the Ancient Kingdom. The message inscribed on the Poneglyphs is in the ancient language, and one must have the knowledge to decipher it.

In the course of his journey, Joyboy had a relationship with “Poseidon,” the Merfolk. The Sea Kings pulled Joyboy’s ship, “Noah,” one of the enormous ships in One Piece history. He made a promise to “Poseidon,” which guided her towards the cooperation of their species with humans.

Also, the national treasure shown by Imu sama is the giant straw hat, the same as Roger’s, which has belonged to Joyboy. The relationship with “Poseidon,” the second-largest ship, and the National Treasure all indicate that Joyboy was perhaps a giant.

Must Read –Truth of Florian Triangle in One Piece

In the past, Joyboy had traveled all over the Grand line to locate the Poneglyphs and reached the last island 800 years ago. Therefore, he had become a threat to the World Government. So they decided to erase his history from One Piece world. As a result, only Roger pirates know the true identity of Joyboy after they reached the last island. The Meaning of the Apology Message-

Joyboy broke the promise made to guide the “Poseidon” towards the cooperation and unity between humans and Fishmen. He left his duty to someone else of the same Will, as he was caught up in the war between the Ancient Kingdom and the other 20 Kingdoms. The one with the same Will as Joyboy’s will come to fulfill his promise. In that respect, he sent the apology message to Fishman island for not fulfilling his promise.

This theory concludes that Joyboy’s wish is one of the Will of D in itself. Roger knew that he couldn’t carry out his Will because, at that time, “Poseidon” was not born. So, he decided to start the Great Pirate Era in the hope that someday with the same Will will carry out Joyboy’s wish.

Another Theory on Will of D-

Many people have predicted that it’s one of the abilities of Yami Yami no Mi. The one who consumed Dark-Dark fruit can also eat other devil fruits because the darkness consumes the power of the second devil fruit.

Another fan theory is that Blackbeard is not one person; he has multiple disorders, or his body has some disability. That’s why he doesn’t sleep and can eat two or more devil fruits.

Let’s compare Will of D with Blackbeard’s ability. Blackbeard’s full name is Marshall D. Teach, which means he is also a member of the D clan. In my opinion, D is a race of people that can eat more than one devil fruit.

That’s why they are so dangerous, and the World Government erased this knowledge from history. D is supposed to mean demon or devil, and that’s why these super-ability fruits are called Devil Fruits.

And this knowledge is also written in the Will of D, and the National Treasure is nothing else, but the Will of D. Doflamingo knows this truth; that’s why he is a threat to the World Government. As per the above image, Doflamingo stated that the one whose existence alone, if made known to the world, would shake it to its very core.

It means, if Doflamingo reveals this knowledge, then it can raise chaos in the One Piece World. And Blackbeard might have gained this knowledge from someone or something. That’s why he was able to combine two devil fruits. Maybe Monkey D. Dragon knows about this truth, too that’s why he is currently the greatest threat to the World Government.