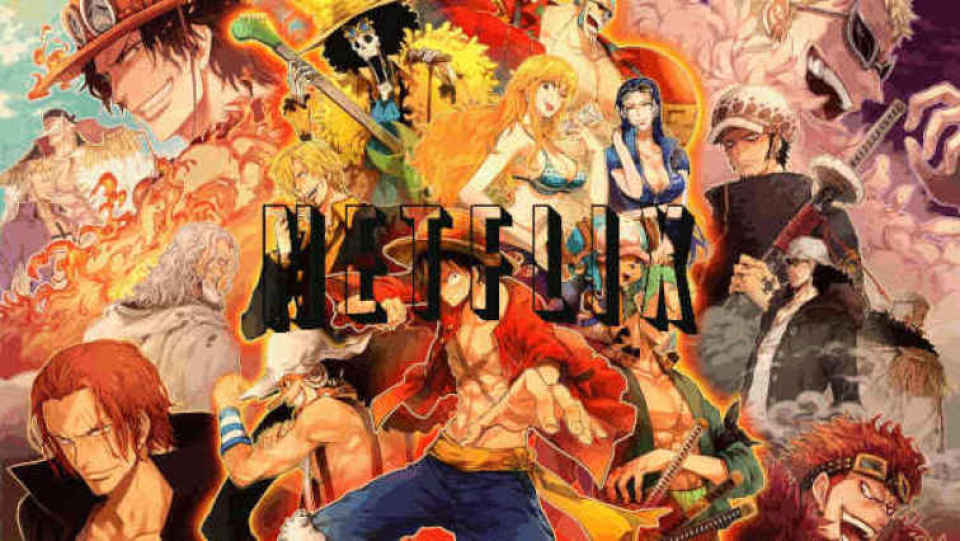 With many pirated sites getting taken down, Netflix is slowly but surely rising to a stable source. And so we bring you the Top 20 Best English Anime on Netflix Ranked.

This article will focus on the dubbed anime you can watch on Netflix. We’ve also mentioned the MyAnimeList rating, genre, plot, and episode count to help you further.

In terms of availability, we focused on areas of high viewership. These areas include the countries of India, the US, the UK, & Canada.

So, let’s get into our listing of the Top 20 Best English Anime on Netflix Ranked without further ado.

Plot – In the Hyakkao Private Academy, the school of the rich exists a concrete social hierarchy. This hierarchy is decided through students gambling away their fortunes against each other.

Those who lose the become pets of the winners and so the system of the elite thrives. However, chaos is brought to this very hierarchy as Yumeko Jabami, a crazy gambler begins knocking down the elite.

Plot – Rin and Yukio Okumura are orphaned twins under the care of Father Shiro. However one day Rin learns that they are actually the sons of Satan and that he is Satan’s successor.

But with Satan and his Minions constantly causing harm to his friends and family he resolves to become an exorcist. And so so we follow the story of the exorcist son of Satan who swears to defeat him.

The story focuses on Natsu’s search for a dragon who raised him named Igneel. And so the story takes us on multiple adventures with a wide range of characters who possess different magical powers.

Plot – Ciel Phantomhive is a young boy who is the head of the aristocratic Phantomhive household. Set in the Victorian British Empire era, Ciel makes a deal with the devil who serves him as a butler.

The butler named Sebastian Michaelis makes the deal under tense conditions thus the price for power is high. And so in exchange for his soul, Ciel is now is his master and uses Sebastian on the Queen’s missions.

Plot – The Seven Deadly Sins or Nanatsu no Taizai was a group of disbanded knights in the kingdom of Liones now wanted for treason. However, the kingdom’s in danger of the Holy Knights, Elizabeth, the third princess of the Liones, endeavors to fix this issue.

But with other powers in play, she requires the help of The Seven Deadly Sins in order to bring about peace. And so the previously disbanded knights reunite for some adventure, heroics, and fun.

Plot – The story revolves around Akira Fudo who merges with a demon called Amon to help his friend Ryo Asuka. However, it is soon made clear that other forces are in action as he discovers other devilmen like himself.

And so with these other devilmen using their superpowers to cause a ruckus and harm others, Akira steps up to defend the humans.

Plot – This series follows the story of the Joestar family and especially focuses on Jonathan and his adopted brother Dio Brando. As a rivalry blooms between the two to each one of them is eager to one-up the other.

And so series takes us through multiple adventures of the different generations of the Joestar star family. All of which starts with the two brothers Jonathan Joestar and Dio Brando.

Plot – Misaki Ayuzawa is a hardworking student council president who lives a double life. During the day she is a simple student however as this life ends she works part-time as a maid in a Maid Cafe.

However, her reputation and standing as student council president is soon threatened as Usui Takumi finds out about her secret. And so as two slowly become friends and overcome obstacles together, there is a sense of romance that blossoms.

Plot – Haruki Fujioka is a working-class scholarship student who enrolls in the elite Ouran Academy. She is a normal girl looking for a quiet place to read a book.

But things don’t look well for her as she stumbles into the host club room. And so the boys of the host club teach her the musings of the rich while she teaches them true friendship.

Plot – This is a continuation of the Naruto series in which Naruto Uzumaki an orphan, aims to become the next Hokage. However, the ninjas are faced with the danger posed by the Akatsuki Clan.

And so they must now prepare for battle and train to protect their loved ones. Thus the growing distance between friends and the need to protect others brings about a great story.

Plot – Makoto Edamura is a con man who claims to be Japan’s greatest swindler. However, his title is questioned when he gets swindled by a foreigner and outed about his deeds to the police.

And so now on the run, he follows Laurent Thierry to Los Angeles. Here he finds out that Laurent actually has ties to an international criminal organization. And as Makoto joins it he meets colorful associates that unravel a thread of deceptions for the greater good.

Plot – One day an ordinary 29-year-old man realizes that he possesses an ability called Revival. With this, he can go back in time to prevent a recent death of a person.

But when he is falsely accused of defeating his mother he finds himself 18 years in the past. So now as a child with an adult’s mind, he must figure out how to set things right.

Plot –  After the death of Menma, her group of childhood friends ends up drifting apart. Years later, one of them Jintan who is now a social recluse, is haunted by Menma’s ghost.

Menma however insists that she is there to have a wish fulfilled but does not remember what it is. And so the group of childhood friends is forced to reunite in order to fulfill her last wish and let her rest in peace.

Plot – This series follows the comical life of Saiki Kusuo. Saiki is born with a plethora of superpowers including psychokinesis and teleportation.

But when placed in daily school life, his socially aversive attitude makes normal situations extremely amusing. With friends, crushes, villains, and others there to add to his despair life is truly a disaster to him.

Related- (2021) Power of Saiki Kusuo in The Disastrous Life of Saiki K. Explained

Plot – Hinata Shouyou, a short volleyball-loving player, finally has the opportunity to showcase his talent. With the determination to follow a volleyball champion’s footsteps he sets his goals to the sky.

And so with a whole team, an amazing setter, and a lot to learn from his peers he joins the Karasuno volleyball team to fulfill his dreams.

Plot – This is the story of Monkey D. Luffy a young boy who inspires us to be the Pirate King. In his pursuit to find the One Piece treasure, he faces a number of obstacles.

Thus he makes new friends, comrades, and enemies. And so as he pursues his dream and fulfills those of others as he sets off on an adventure of a lifetime.

Plot – One day a young teenager Tanjiro Kamado returns home to a dead family and a demon sister. With the resolve to turn her back into a human, he sets out to become a Demon Slayer.

Here in the Demon Slayer Corps, he meets friends who risk their lives for humankind. And so the good-natured boy takes up the sword and cherishes the tradition passed on by his dead father to defeat the Demon King.

Plot – Violet is a child of war created and trained to be a soldier from birth. However, after the war is over she is only left with the last words of her dead guardian Major Gilbert.

And so as she attempts to return to normal society, she searches for the meaning of the words “I love you” as a ghostwriter. Thus she works to help herself and many others along her journey.

Plot – Kosei Arima is traumatized by his mother’s death. The former prodigy pianist is now unable to hear the sound of the piano.

Years later he meets a free-spirited musician Kaori Miyazono. This girl is a gust of fresh change and so changes his life for the better by force with violin. And so as a little love blossoms, music is created and hearts are broken.

Plot – After the two Alphonse brothers practice forbidden alchemy to resurrect their dead mother they face severe consequences. Elric loses an arm and a leg, and Alphonse loses his entire body.

The concept of equivalent exchange forces the two brothers to join the military in search of something to help them. And so the two work together with others to gain back their bodies and protect humankind.

Ans – The best English anime on Netflix 2020 was Attack on Titan. However, not all of its seasons have been dubbed.

Q2. What is the best English dubbed anime on Netflix?

Ans – Seven Deadly Sins is noted to be the best English dubbed anime on Netflix.

Q3. What country has the most dubbed anime on Netflix?

Ans – The country with the most dubbed anime on Netflix is the US.

Q4. What anime should I watch?

Ans – Of course this answer depends solely on preference, but you could start with Fullmetal Alchemist: Brotherhood, Your Lie in April, Erased, or Jujutsu Kaisen.

Q5. Does Netflix have anime in English?

Ans – Yes, Netflix does have anime in English.

Q6. What is the top anime right now?

We’ll be back soon with another listing of anime that’ll help you out so until then, stay safe, stay tuned, and stay hyped.