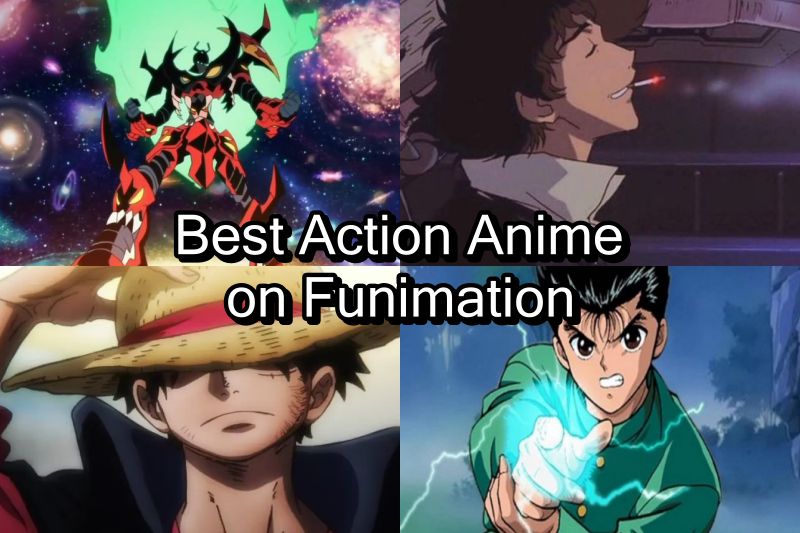 Very few things can compare to the thrill and excitement of watching a fun action show, and anime has plenty to offer in that genre. Nowadays, anime is more easily available to the whole world with the help of various streaming services. Funimation is one such streaming platform with a great collection of anime of every genre, including some very awesome action anime.

But not action anime is worth the salute. Some are obviously better than the rest. So, we’ve decided to rank the 15 best action anime on Funimation based on their IMDb ratings. Let’s take a look at it. 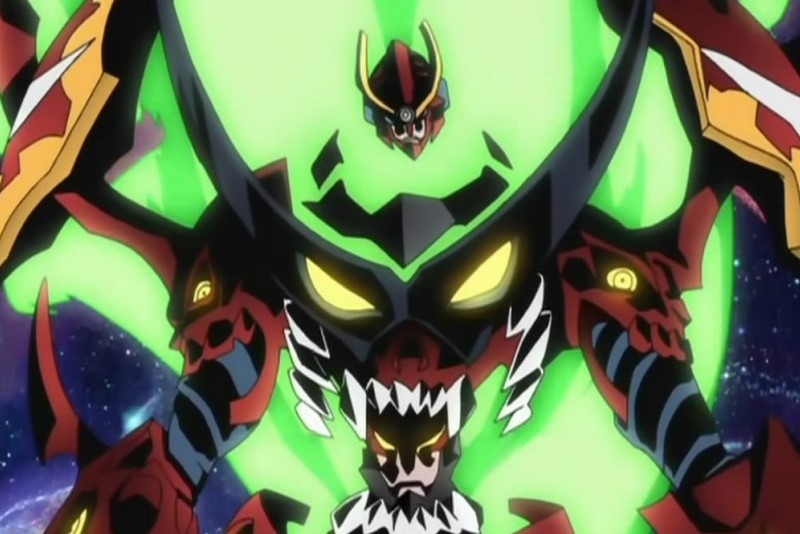 The story starts in Giha, an underground village, a place villagers believe is hidden from the surface world. Simon is a timid young man who is ostracized by the villagers.

He befriends a kindhearted delinquent, Kamina, who becomes like a big brother figure to him and offers him to join Kamina’s gang, Team Gurren.

One day Simon finds a mysterious object that the duo names Lagann. Alongside a young woman named Yoko, Simon, and Kamina successfully fend off an attack on the village with the Lagann.

In the aftermath of the battle, the sky can be seen now, and Simon and Kamina can finally learn what happens in the world above. 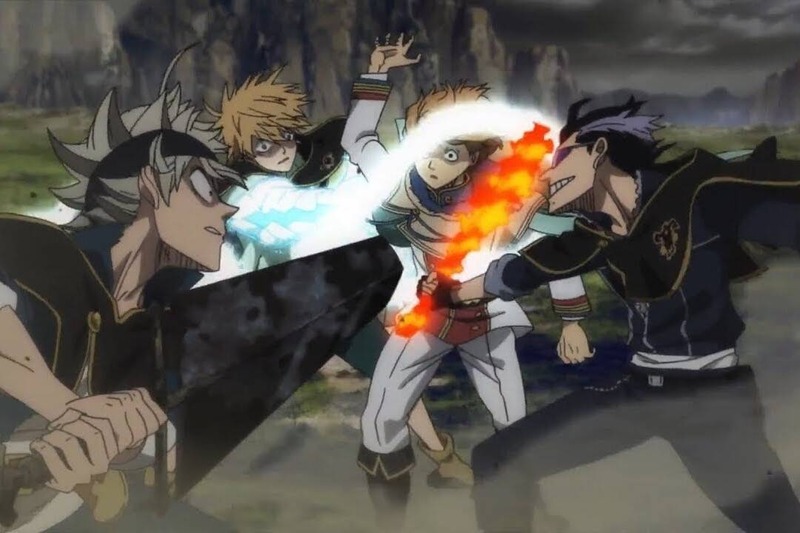 In the Clover kingdom, everyone blessed with magic gets a Grimoire when they turn 15. Every Grimoire has a clover with a specific number of leaves on its cover, indicating the user’s magical potential.

As of yet, four-leaf clovers have been the highest. Asta and Yuno are two orphans growing up in an orphanage. Their dream is to become the Wizard King.

Yuno is a genius of magic, while Asta is magicless. After turning 15, Yuno gets a four-leaf clover, and Asta shockingly gets a Grimoire with never-heard-of five-leaf clover. 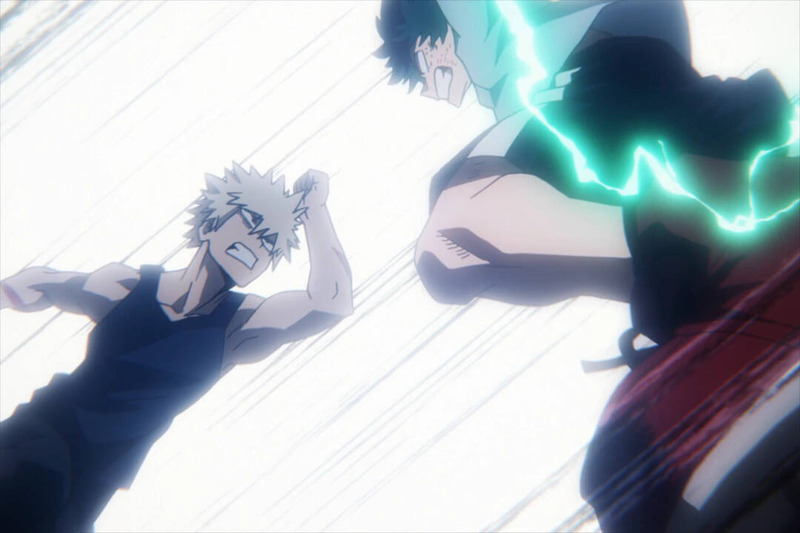 80% of the world’s population have superpowers they call Quirks. Only a few remain Quirkless. In such a society, being a Hero is a popular profession that protects people from villains.

Izuku Midoriya is a Quirkless boy who wants to become a Hero like his ideal, No. 1 hero, All Might. His life changes when he encounters All Might and gets a Quirk that’ll let him fulfill his dream. 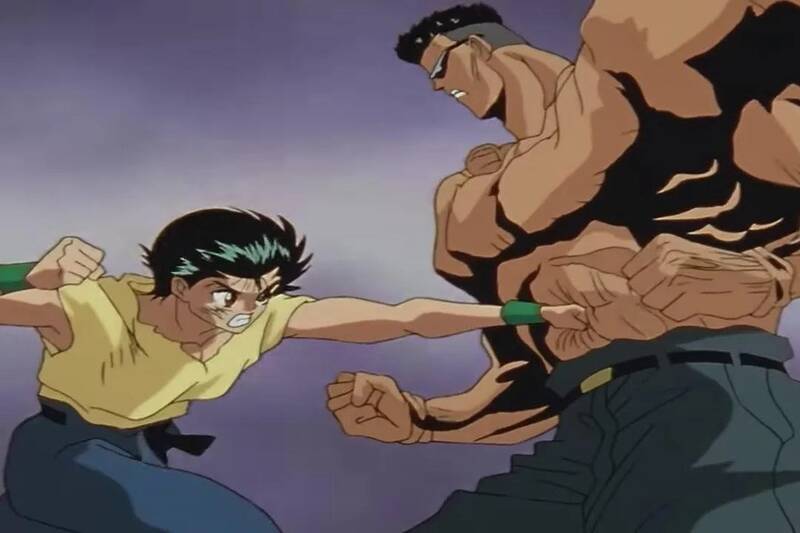 Yusuke Umerashi is a delinquent who has never done anything worthwhile in his life. So when he throws himself in front of a moving car to save a little boy, the authorities of the spirit realm are thrown into a frenzy by the out-of-character sacrifice.

They are not sure if they want to let the deceased young man pass on. This is when Koenma, the heir to the throne of the spirit realm, offers Yusuke another chance at life in exchange for completing certain tasks.

Along with the friends he makes along the way, Yusuke now fights against evil forces to protect humanity. 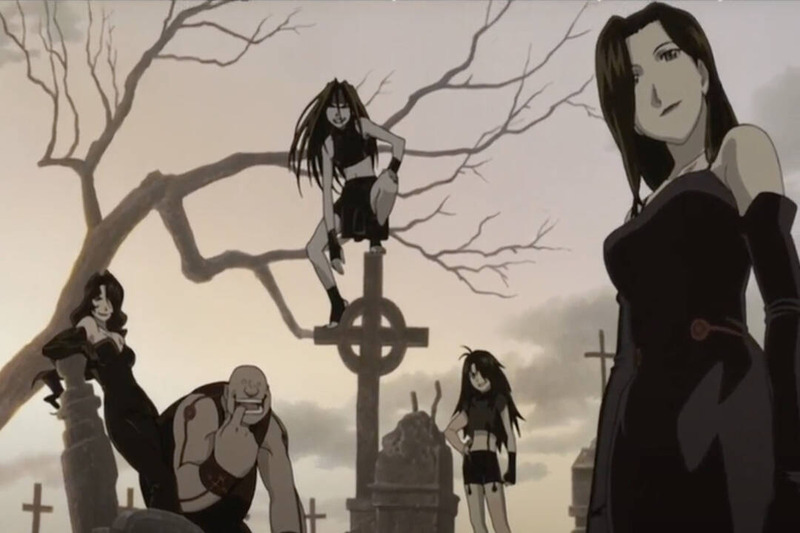 The state alchemist Edward Elric and his younger brother Alphonse have suffered through a lot of trauma in their lives. When the young Elric brothers attempt to resurrect their dead mother with human transmutation, they have to pay a steep price.

The elder brother loses an arm and a leg, while the younger loses his whole physical body in the aftermath. Now, as Fullmetal Alchemist, Edward, together with Alphonse, searches for the mystical Philosopher’s Stone which is assumed to be capable of regaining their bodies.

This version of the show, which was released in 2003, differs from the story of the manga. 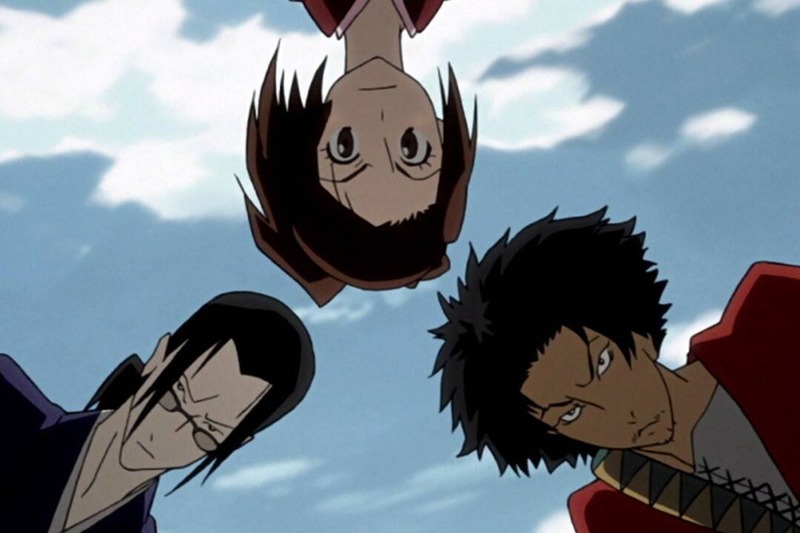 When a young waitress at a tea shop, Fuu Kasumi, ends up spilling a drink on a customer, she is harassed by a group of samurai. To save herself, she calls for Mugen, an odd samurai with a distinct fighting style that looks like breakdancing.

But when Mugen picks a fight with an unwilling ronin named Jin, he finds a worthy opponent in the ronin whose sword fighting style is traditionally perfect and the complete opposite of Mugen.

Unfortunately, during their fight, they accidentally end up killing the local magistrate’s son and destroying the teashop and are ordered to be executed. They’re saved by Fuu, who now appoints them as her bodyguard in her journey to find the samurai smelling of sunflowers. 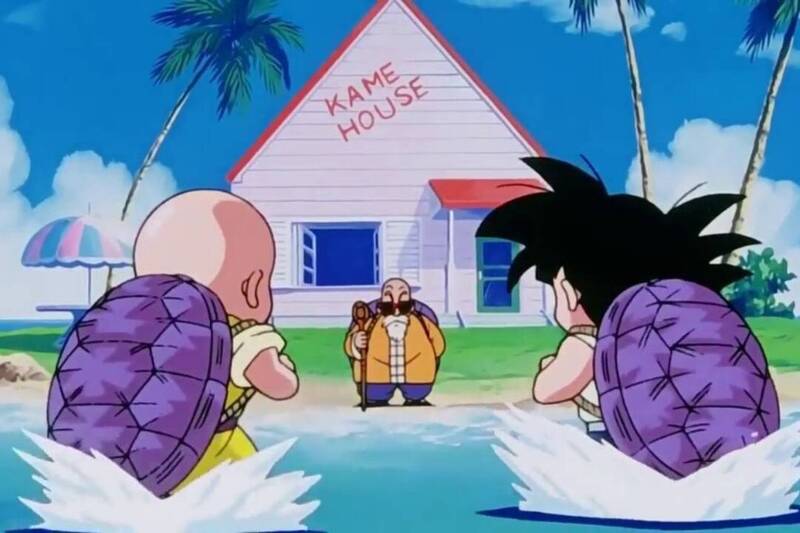 Dragon Ball tells the tale of Goku, a young boy with a monkey tail. Goku befriends a teenage girl named Bulma, who is a scientific genius, and learns about the Dragon Balls from her.

It is said that if someone collects all seven Dragon Balls and places them together, the dragon Shenron will appear and grant the person one wish.

Goku sets out on an adventure to find the Dragon Balls with Bulma and meets a lot of new, eccentric, and powerful people along the way. 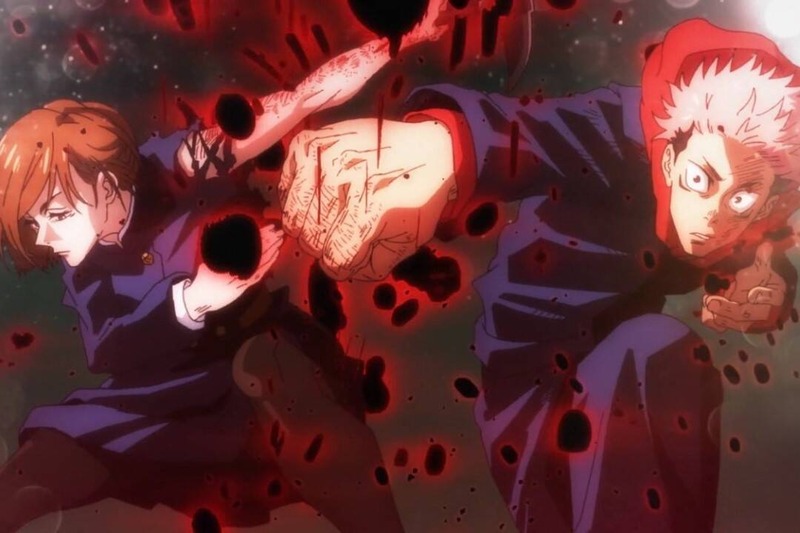 Jujutsu Kaisen is one of the newer added action anime on Funimation. Yuji Itadori is a normal high school student whose life takes a strange turn after he meets Megumi Fushiguro, a boy of his age who seems to be looking for something in his school at night.

A fight breaks out, and Itadori ends up swallowing the finger Fushiguro was looking for, which turns out to be a cursed finger of Sukuna, the King of Curses. Now, Itadori must be killed but not before ingesting the rest of Sukuna’s fingers, all the while training at the Tokyo Jujutsu High. 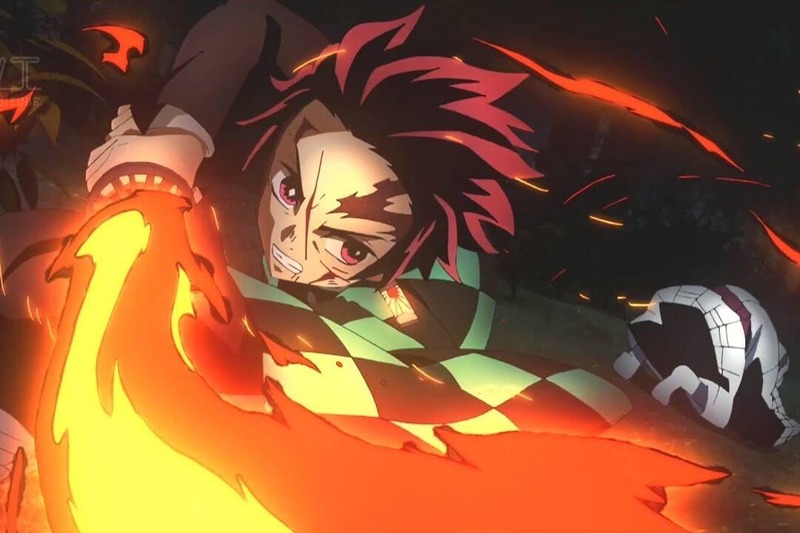 Hardworking and kindhearted Tanjiro’s world turns upside down when he finds his whole family killed and his sister, Nezuko, turned into a demon.

He decides to become a demon slayer after meeting Giyuu Tomioka, a Hashira who spares them after seeing a demon, Nezuko protecting her brother. Now Tanjiro must look for ways to turn his sister back and find Muzan Kibutsuji, the man responsible for the tragedy. 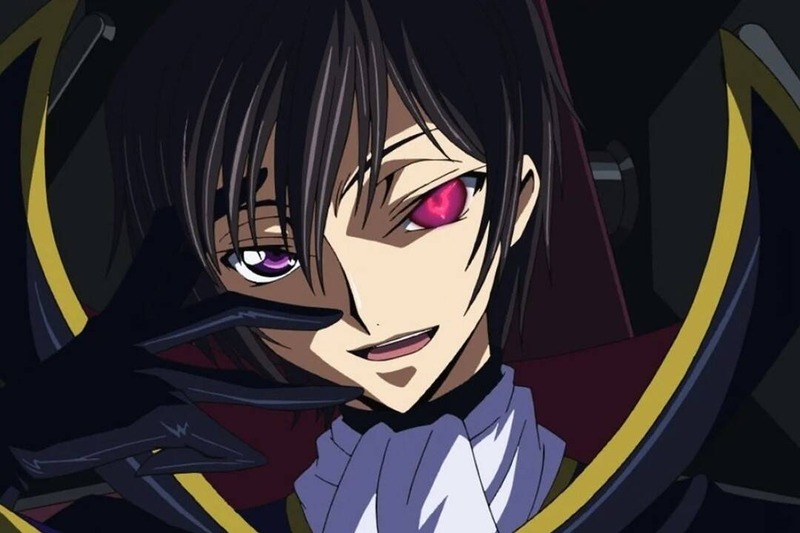 In the year 2010, Britannia conquered Japan and renamed it Area 11, establishing itself as the dominant military force. But the rebels have not given up yet and continue to fight against the Britannia Empire.

On a fateful day, a Britannian high-school student named Lelouch Lamperouge is caught in their fight and saved by a mysterious girl who bestows him with a special power: a Geass.

After discovering his new power of “absolute obedience,” Lelouch sets out to start a revolution against the Britannian Empire under the guise of a masked man, Zero. 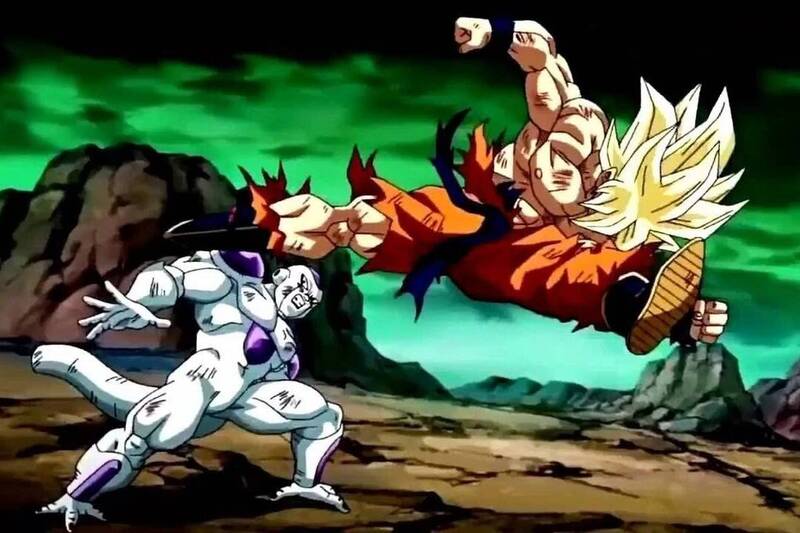 Dragon Ball Z starts five years after Goku won the World Martial Arts tournament. He is now married to Chichi and has a son named Gohan. His peaceful life is disrupted by the sudden arrival of a stranger named Raditz, who claims to be an alien warrior race, the Saiyans.

He also claims to be the elder brother of Goku, who he says was sent to Earth to conquer them. But Goku suffered from memory loss and forgot all about his true nature.

Raditz reveals that the home planet of Saiyans is destroyed and asks for Goku’s help to defeat the perpetrator. Upon Goku’s refusal, Raditz warns them of the intergalactic threat soon approaching Earth. 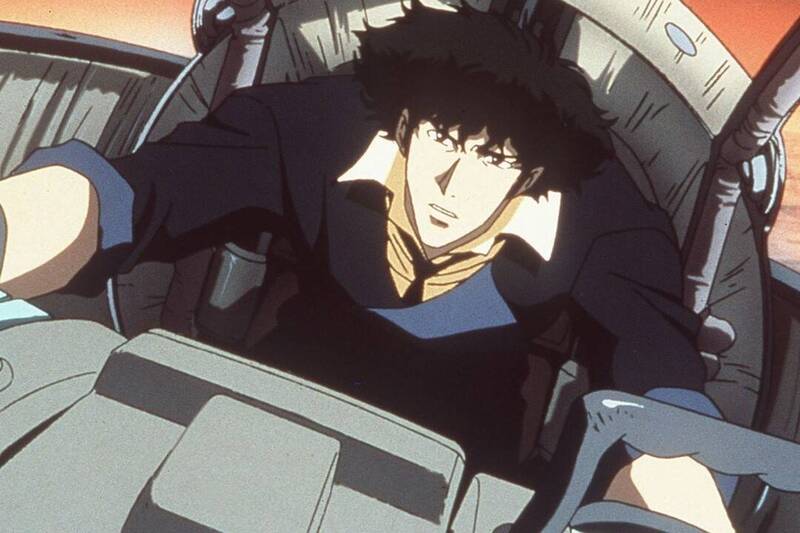 They are joined on their adventure by three eccentric teammates. As the bond between the strange group grows, Spike’s past comes back to haunt him. Now he must choose between the new family he’s formed or the old wounds he left behind. 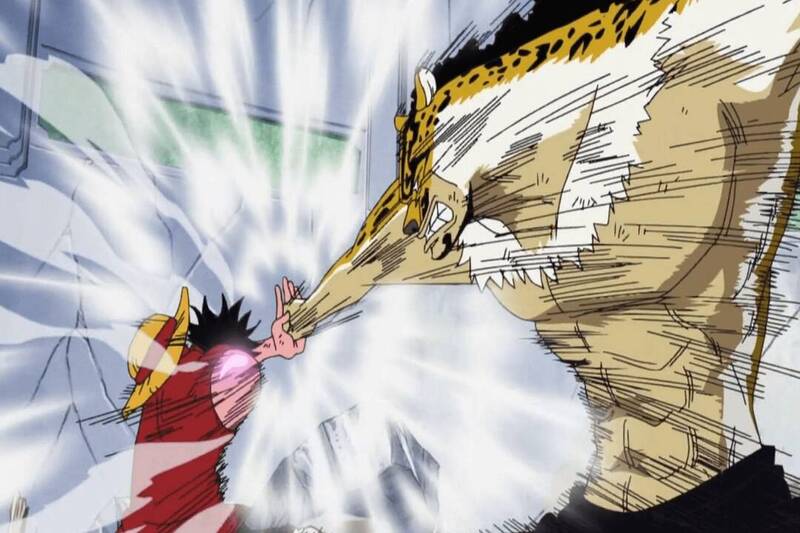 If we’re talking about action anime on Funimation, we cannot help but mention One Piece. Before being publicly executed, Pirate King Gold Roger tells the world about One Piece, the treasure he’s collected all his life as a pirate, and begins the Great Pirate Era.

Twenty-two years later, Monkey D. Luffy sets out on a voyage to find One Piece and become the King of Pirates. Joined along the journey is his team of ragtag pirates, all with big dreams of their own. 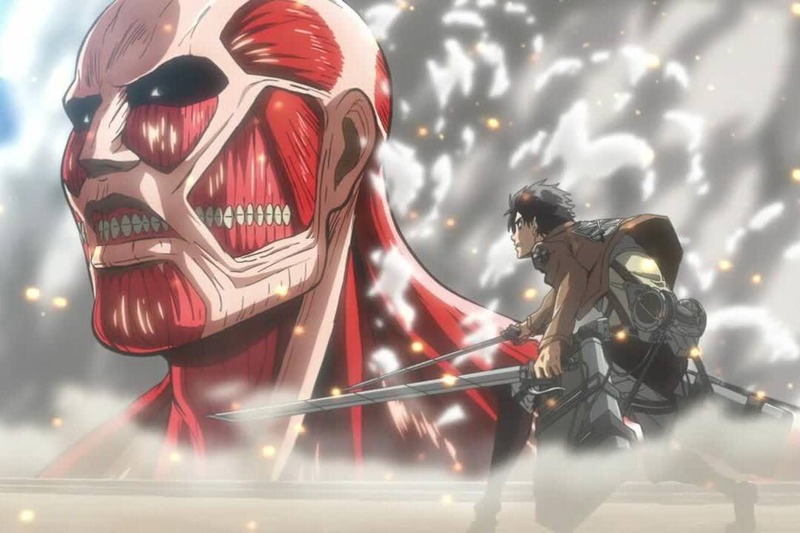 The story is set in a bleak world where human civilization is caged within walls to protect themselves from the man-eating humanoid Titans. When the wall is suddenly destroyed by two Titans, humanity is reminded of its helplessness.

At 10 years old, Eren watches his mother get eaten by a Titan before being rescued alongside his friends, Mikasa and Armin. Faced with the cruel world they live in, Eren vows to kill all Titans and finally see the world they have been hidden from. 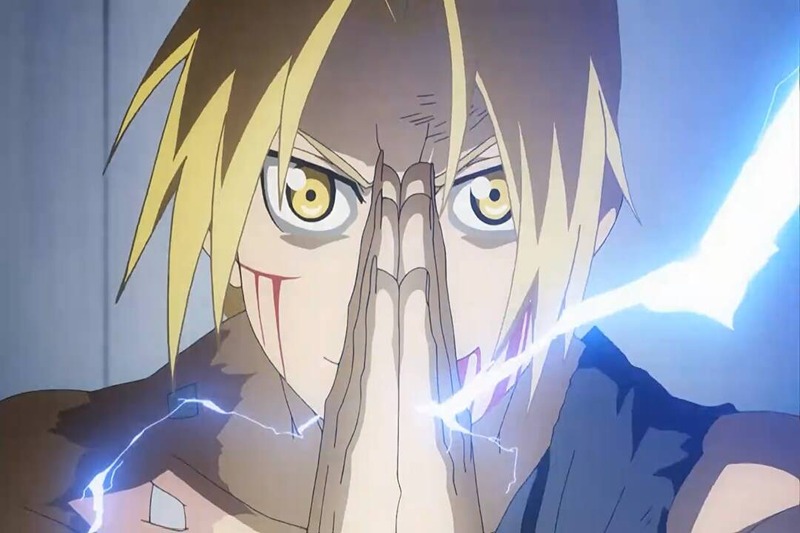 After the death of their mother, young brothers Edward and Alphonse try to bring their mother from death by alchemy. But the human transmutation fails, and now they have to pay for their sin.

As a payment for performing the forbidden act, Edward loses one leg while Alphonse loses his whole body. In desperation, Edward seals Alphonse’s soul in metal armor at the price of his arm.

Now, the brothers are looking for a way to reclaim their bodies while working as state alchemists. Fullmetal Alchemist: Brotherhood was released in 2009, and it follows the storyline of the manga.

With this, we conclude our list of the 15 best action anime on Funimation based on their IMDb ratings. Don’t forget to check them out; they’re worth the watch. If you liked this article, make sure to check our other articles like this one.