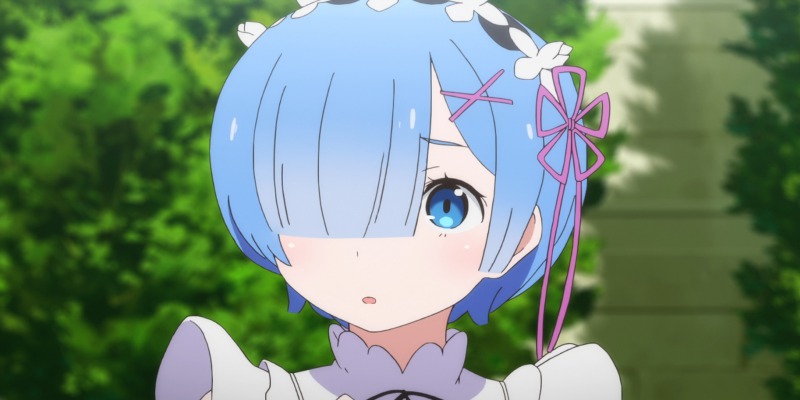 Isekai is a subgenre of fantasy that includes light novels, manga, video games, and anime. Isekai anime is a very popular genre in anime featuring the theme where a character gets transported into a game-like or a fantasy world.

If you are looking to explore this genre, check out this list of Isekai anime on Netflix 2022, which are ranked based on their MAL score.

The story follows Hajime Nagumo as he and his classmates are summoned into a fantasy world. In the new world, they are heroes blessed with exceptional abilities, and their mission is to save mankind.

And yet, Hajime is gifted with a flimsy transmutation ability that is considered as something inferior. This leads to Hajime getting bullied and tormented for his weakness.

Hajime is further betrayed by one of his classmates and sent to his cessation during a battle. Hajime, nonetheless, survives and gains strength, transforming from the weakest to the strongest.

How to Not Summon a Demon Lord follows the story of the in-game character Demon Lord Diablo, the avatar of a shut-in otaku Takuma Sakamoto.

One day Diablo gets summoned into the world of the game he has been playing – Cross Reverie. He learns that his summoners are two girls Rem and Shera who are now trying to bind Diablo as their slave.

The spell they cast gets rebounded and the two girls end up becoming Diablo’s slaves. Diablo then discovers his new world and decides to help Rem and Shera in reversing the spell.

This anime is a must-watch for people who love both gaming and anime. The anime follows the MMPORG game Sword Art Online which is a popular virtual reality game with hundreds of players.

The main protagonist, Kirito, is one of the players of Sword Art Online. The story progresses as the creator of the game announces that the players are stuck in the game and will not be able to escape.

In order to escape, they will have to clear all hundred levels of the game, and if anyone eliminates in the game, they will perish in real life.

Restaurant to Another World is about a popular restaurant in Tokyo – Western Restaurant Nekoya. The restaurant provides customers with a wide range of cuisines, from Japanese to Western.

Other than providing customers with delicious food, Western Restaurant Nekoya has a secret – on Saturdays, the staff opens a portal to different dimensions, which lets otherworldly beings like dragons, elves, fairies, and much more.

Isekai Quartet is a crossover-style anime that has an ensemble of characters from Isekai animes published by Kadokawa Corporation.

The anime characters include the main characters from, KonoSuba, Re: Zero – Starting Life in Another World, Saga of Tanya, Rising of the Shield Hero, and more.

The story follows as the characters encounter a mysterious red button, and on pressing it, they are transported to another world.

The story follows Hitomi Kanzaki, who encounters a boy fighting a dragon. Since Hitomi has a knack for fortune-telling, she is able to help the boy, Van, defeat the dragon.

Hitomi is then transported to another world called Gaea, where Van and the dragon came from. In this new world, Hitomi’s fortune telling skills are enhanced, and this makes her the key to solving Gaea’s current problem: war with the Zaibach Empire.

Gaea has to rely on Hitomi and the mecha battle suit – Escaflowne to defeat the Zaibach Empire.

Gate is another Isekai anime on Netflix which follows the story about a portal to another dimension opening in Japan.

The portal gives way for supernatural creatures and other ancient warriors to enter Japan, and they cause destruction and destroy anything in their way.

Youji Itami is an officer and part of the Japan Self-Defense Force (JSDF). He is assigned to investigating the world beyond the portal and thus, sets out on a journey into the “Special Region,” helping out people and making allies in his journey.

Must Read- List of Upcoming Anime Series on Netflix

“Devil Is a Part-Timer” is a fun Isekai anime about Satan accidentally transporting himself to modern-day Japan and having to live in Tokyo as an ordinary human.

This happens during an all-out war between Demons and Heroes, where Satan tries to conquer the land of Ente Isla but is stopped by the Hero, Emilia.

The story takes a comedic route with Satan trying to get accustomed to the human world by working a job and trying to earn money for food and shelter.

“Drifters” is set in the 1600s, where a warrior, Shimazu Toyohisa, gets summoned to a pathway full of doors in the midst of war. Shimazu is sent through one of the doors, which is a portal to another world.

There, he is sent to be a part of a group of other historical fighters and warriors like him, a group named “Drifters.”

Their goal is to defeat another group of warriors called “Ends,” whose agenda is to take over the whole world and slay the Drifters in the process.

Overlord is a popular anime in the Isekai genre with the ‘dark protagonist’ trope. The anime follows Momonga, a powerful wizard and an in-game character in Yggdrasil.

The game is about to shut down for good, and Momonga decides to stay logged on until the game over.

However, the game does not shut down, and Momonga, along with other in-game characters, becomes conscious, with some of them gaining personalities.

Momonga sets out to explore this new world of his and to understand what caused this sudden change.

Naofumi Iwatani is among the four ordinary men summoned into the world of Melromarc. They are the Four Cardinal Heroes blessed with incredibly powerful weapons and the ones tasked with saving Melromarc.

Naofumi, unfortunately, lands with nothing but a shield as a weapon. This leads to his title ‘Shield Hero’ being looked down on by others.

Naofumi is later betrayed and exiled from the kingdom. Naofumi is bitter and filled with hatred towards everyone in Melromarc.

He channels his detestation into training and decides to get stronger, and makes many allies on his journey.

The story follows the life of Satoru Mikami, a middle-aged man who passes in the middle of a street.

Satoru is then reincarnated into another world as a slime – a low-level monster. However, Satoru has exceptional abilities in this form, like the ability to devour anything and also mimic their appearances.

He further encounters a dragon who he befriends and receives a name from, Rimuru Tempest. Rimuru, therefore, sets out on a journey to find if there are humans in this new world and encounters many allies on the way.

No Game No Life is another fun anime with beautiful animation. The anime is about two siblings, Sora and Shiro, who are reclusive, pro-gamers who go under the username “Blank.”

Their passion for games leads them to accept a request from a mysterious user for playing a chess match. Once they win, they are transported into another world and meet Tet, the God of Games.

Tet explains to them that they are now in Disboard, where everything is settled through games, from petty squabbles to war.

Kazuma Satou finds himself in front of a goddess named Aqua. Kazuma being a reclusive gamer in his past life is offered a chance to get reincarnated into an MMPORG-like world.

He gladly takes on the offer, and when asked to choose any powerful weapon he might need in his new life, Kazuma chooses Aqua to accompany him.

This ends up backfiring on Kazuma since Aqua is an imbecile of a goddess.

Re: Zero is the best Isekai anime on Netflix. Subaru Natsuki suddenly gets transported into another world when he comes out of grocery shopping.

After speculating that he might have ended up in some fantasy world, Subaru comes in contact with a group of creatures who beats him senselessly.

He is saved by a mysterious girl named Satella, who has been looking for a guy who stole her precious Insignia. Subaru then joins Satella in her journey to thank her for rescuing him.

That concludes the list of best Isekai anime on Netflix. If you are a Netflix user and cannot find one of the above anime on Netflix, you can always purchase a good VPN and stream your favorite anime!