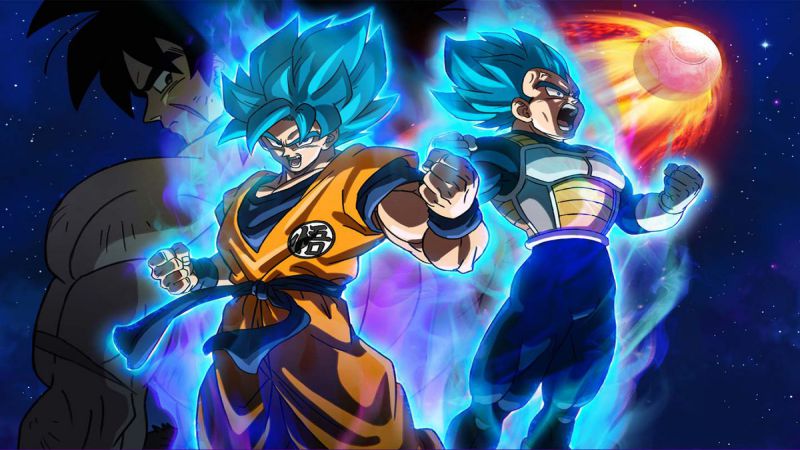 Anime fans are always on the lookout for new animes to watch each year. Every time a new season gets renewed or a new title is announced, it makes the fans go crazy with excitement. So, today we are going to compile a list of the best upcoming anime in 2022 that our readers can look forward to.

2022 is going to be an exciting year for all the fans with some big names getting their movies announced. The main hype for next year is going to be around Dragon Ball Super:Super Hero.

Dragon Ball has been a major part of many people’s childhood and a new movie coming out will hit on that nostalgia and make them eager to watch the movie as soon as it airs in Japan.

However, that is not the only movie that is going to release next year with popular titles like Jujutsu Kaisen and Black Clover who have also announced the start of production of their respective movies.

We are going to cover both movies and series in our article. There is also a massive craze regarding the anime series released at a particular time of the year normally known as the Winter Anime and Spring Anime. We will also mention the best titles featuring under them along with our top 10 list.

Moreover, some movies and series have already announced their upcoming titles but there is no official release year. We will also list them one by one so stick to the end and make your watchlist even bigger.

The way the announcement of this movie has started pumping up its fans, it will not be surprising to see it giving a close competition to Demon Slayer: Mugen Train which has broken all records in recent times.

Now let us focus on the best upcoming anime series in 2022. The manga for Attack on Titan recently ended and with the official confirmation of its final season airing in 2022, there is no doubt that it will be most viewed and talked about anime next year.

There has also been heavy speculation regarding the possibility of the anime getting an alternate ending compared to the manga. However, since there is no official news regarding this bizarre possibility, we just need to wait and see.

The other title that has been getting a lot of notice is Ao Ashi. It is a soccer manga and is widely considered as one of the most underrated sports manga of all time. Thus, we will definitely keep an eye on it and see if it ends up becoming a huge hit.

Plot – Kanmusu are a special type of girls who can use the spirits of Japanese warships to protect against grace threats in the seas. They form a special group of the military called the Abyssal Fleet.

This story is about one such Kanmusu who vows to make herself stronger after being rescued from a dangerous situation.

Plot – After her father’s demise, Hiyori goes to the sea to find another girl named Koharu waiting there.

On getting to know each other they find out that they were both supposed to meet their new families that day. A surprising turn of coincidence brings these two girls together as they start their new journey.

Plot – As the title suggests this story takes place in space at a time when technology has developed by leaps and bounds and A.I. is a common thing.

However, after an unfortunate accident in a space station, some children get left behind who use their wits and survival instinct to get themselves out of tricky situations.

Plot – Similar to the previous anime, this story is set in a time of vastly improved technology where a kid living in the street tries to survive by any means. Driven to an edge, he decides to become an edgerunner and carry out his job as a mercenary.

Plot – It is a dream for every otaku to get transported to a fantasy world. This is exactly what happens with Hajime Nagumo who is tasked with saving everyone in her fantasy world. However, with a measly little ability, Hajime starts to train herself and find a way back to her real world.

Plot – The boring life of Bell Cranel gets exciting after he finds a way into his city’s dungeon which is filled with deadly monsters. His new life starts with a range of possibilities as he gets ready for a lifetime of adventure.

Plot – The hopes of entering a prestigious high school with a good soccer facility are crushed for Ao when he makes a blunder and his team ends up losing. However, he manages to catch the eye of an important person visiting from Tokyo and life presents another chance to Ao to fulfil his dream.

Plot – Riko wants to become just like her mother and become a White Whistle to explore the deeper parts of the Abyss. An opportunity presents itself to her when she discovers a robot in the form of a boy. She decides to dive deeper into the abyss to restore the robot’s memories.

Plot – Kazuya is heartbroken after his girlfriend breaks up with him. He decides to use an online app and find a rental girlfriend. He partners up with Chizuru who gains his affection but he is still hungover on his previous girlfriend.

Plot – After seeing his mother collapsing in front of his eyes, Eren vowed to eliminate all the titans from the face of the earth. This not going to be so easy as he ends up turning into a titan himself and discovers some dark secrets from the past.

The new Dragon Ball Super movies are going to be the second instalment in the movie franchise for this series. The first movie was titled Dragon Ball Super: Broly which brought back Boly from DBZ and followed up on what Frieza had said about causing troubles after his resurrection.

We have got the official confirmation that the new movie is going to be a sequel and will continue from where we left off in the previous movie. However, we need to keep in mind that Toei Animation has announced that there will be no direct connection to the first movie.

So the rumours that have been going around about Broly being back again may not be true to some extent. Since there has been no confirmation of the story or a trailer to give the fans a glimpse, there have been a lot of theories going around. The most plausible theory is the Moro Arc being covered in the Dragon Ball Movie 2022.

Although this is a logical idea, the production team will know better not to cram the whole Moro story into a two-hour film. The Moro was significantly longer and a second season is needed to beautifully craft the story for the viewers.

One thing that has been confirmed by Akira Toriyima himself is that we are going to get some exciting new visuals that have not been introduced in the franchise till now.

We may also possibly get to see a whole new antagonist being introduced in Dragon Ball 2022 that has not appeared in the manga till now. The other major possibility remains of Granolah making an appearance in the anime movie.

We all know that Granolah has an interlinked destructive past with the Saiyans and a movie regarding that plot would serve as the perfect way to ease him into the storyline with his main arc coming up after the Moro saga.

Another character that we have to be on the lookout for is Trunks for the future. There is no reason to write off the possibility of time travel being involved again.

This concludes our huge list of upcoming anime in 2022. Of course, the main focus is going to be on the Dragon Ball Super movie 2022 and it remains to be seen whether it can deliver according to the expectations of the fans.

With a lot of big titles releasing next year some of the movies and series like Ao Ashi and Jujutsu Kaisen may totally go under the radar.

The Jujutsu Kaisen Movie is also something to look forward to as it depicts the events that happened surrounding Yuta Okkotsu during his first year.

It also gives a demonstration of Suguru Geto’s strength and the two old friends were pitted against each other.

Besides Jujutsu Kaisen, viewers are definitely looking forward to the release of Ao Ashi to watch whether it can overtake Haikyuu in terms of fanbase and popularity.

The recent rise of sports anime indicates that titles like Blue Lock can also be animated in the near future. This is something that many fans have been waiting for after the huge success of Hajime no Ippo and Slam Dunk.