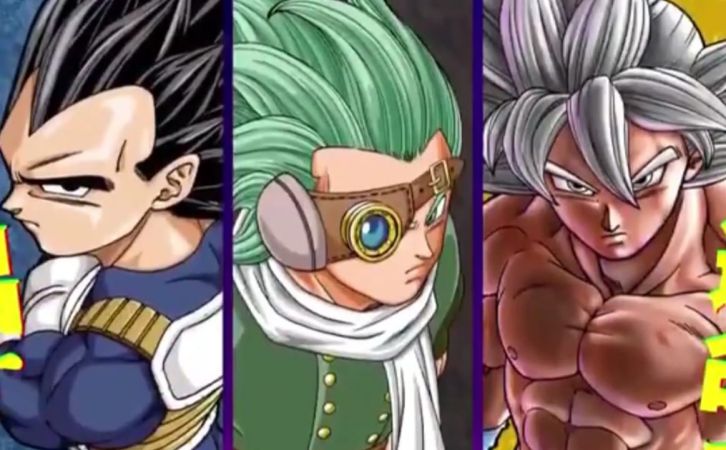 Dragon Ball Super is the sequel to the original fan-favorite series, Dragon Ball. It is safe to say that the story has come a long way with the introduction of many new different characters.

So, today we are going to rank them and form a list of the top 15 hottest male characters in Dragon Ball Super.

This list will feature some of the prevalent characters who have filled our childhood with joy. It will also include some newer characters that have recently been introduced in the Dragon Ball Super universe.

The first five spots will be the highly competitive ones, with the characters edging out each other just by a fraction. On that note, let us start the ranking.

The demon king Namekian who started off as an antagonist way back in the initial parts of this series, is the first character to feature in this list.

Piccolo has a sturdy figure with a muscular appearance that adds to his overall features.

Despite being a Namekian, he is quite different from them and always has a serious look on his face.

However, it melted everyone’s hearts seeing his bond with Gohan when he had been training him.

In spite of being an antagonist, Jiren is loved by the fans. He was a rival to Goku, but Jiren is a virtuous guy at heart.

He cares a lot about the inhabitants of his own universe and refuses to see anything beyond his mission.

Although his arrogance diminishes his charm a little, his honor as a brave and mighty warrior makes up for it.

He is extremely muscular with a large upper body and usually wears the traditional cloth of the pride troopers.

The most notable feature of Shin is his white mohawk which speaks a lot about his style. Despite holding the position of a God in Universe 7, he did not allow that to diminish his fashion sense.

His short stature with pink colored skin and green earrings gives him an overall cute appearance.

He is also very energetic with a lovely personality. His calm nature in every situation also makes him stand out among the others since characters in Dragon Ball Super tend to be very reactive.

Tien Shinhan is a pride warrior with excellent martial arts skills. He has a third eye on his forehead due to being descended from the Triclops race.

Being very tall and muscular, he is one of the most attractive characters in Dragon Ball Super.

He shaves his head regularly to get a bald appearance that suits him perfectly. He also has a battle scar on his chest that is a symbol of his unwavering might.

Our charming and lovely angel who accompanies Lord Beerus everywhere takes the 11th spot in this list. The most appealing quality of Whis is his ability to remain calm in every situation.

He analyzes everything thoroughly and rarely shows any hyper emotions. He has a tall stature with white hair and violet eyes.

It is also straightforward to confuse him for a female due to his effeminate features. His outfit is also quite unique, with a long maroon robe and high-heeled shoes.

His accessory includes a tall scepter that he can use to view any event occurring within the universe.

The short, little kid that accompanied Goku in his training under Muten Roshi is all grown up now. He has become a family man after settling with Android #18.

He takes up his responsibilities as a father diligently and takes care of the entire family. He is a great cook, too, which further indicates his development as a character.

Krillin has become a complete package for an attractive male character.

Like Tien Shinhan, he shaves his head to keep up his bald appearance. Krillin has different outfits for battle and other casual moments, and he changes them accordingly. He also has a round head with six dots on his forehead.

Zamasu was one of the most detestable characters in Dragon Ball Super. However, since he took the appearance of Goku, he had great external features.

Moreover, after fusing with his counterpart, he developed an even more attractive appearance placing him in the 9th position on this list.

He had a mixture of various features of Goku and himself, including Goku’s height and stature. A perfect jawline and that malicious look in his eyes also added to his villainous charm.

When two of the most handsome characters fuse in the story, there is no doubt that the end product is going to be more beautiful.

Vegito is the fused form of Goku and Vegeta and has their best traits in terms of appearance.

His hair is reddish-brown in color, and the style resembles more to that of Vegeta. Along with sharp eyes, his personality has a keen inclination of Vegeta’s arrogance.

Granolah is one of the newer characters introduced in the series which is the sole survivor of Planet Cereal. He has a close resemblance to Goku and Vegeta in terms of his outer appearance.

Being one of the descendants of a unique tribe, he has a mechanical right eye granting him an improved vision.

He wears a light green robe complementing his shiny green hair. He has a serious look over his face all the time with a vengeful personality due to his tribe being annihilated by the Saiyans.

Although starting off as an antagonist, Android 17 has come leaps and bounds since then. He has started a family and cares deeply for them.

We also saw how he had devoted himself to protecting an entire island of animals from poachers.

This new caring side to him, along with his already existing dashing features, has made him extremely popular among female fans. He has cowboy attire with a bandanna around his neck and a belt with a gun holster.

Yamcha was introduced as a character with the perfect male features at the beginning of the series, which is why it is of no surprise to see him high up on this list.

Yamcha’s attractiveness as a male character was established by the fact that even Bulma started crushing over him even she saw him for the first time.

Yamcha has normally maintained his long hair in most parts of the series and has been seen wearing his white martial arts uniform while attending Bulma’s birthday party.

He also has a cross-shaped scar on his face indicating the fierce enemies he has faced.

Our innocent little boy who started his journey with Bulma in Dragon Ball has come a long way since then in Dragon ball Super.

Goku is all grown up now, but still, his sweet innocence remains. Another thing that hasn’t changed over the years is Goku’s outfit.

He is mostly seen wearing his orange-colored training outfit with a black belt. He has spiky black hair that changes to different colors according to the form he takes up.

He also has pale skin with a strong muscular body. Moreover, his handsomeness as a male character has been recognized many times by his female counterparts.

The Saiyan Prince is the first one to make his mark in the top three of this ranking. We generally associate Vegeta with brute force and destructive nature.

Similar to some characters, he started out as a villain but slowly developed a conscience of his own.

He was already handsome, to begin with, with sharp eyes and jet black hair. Moreover, the fact that Bulma is married to him further speaks of his attractive nature.

Although Vegeta is lagging behind in his height a bit, he is still well-built and has a prominent widow’s peak.

Vegeta’s attire usually comprises of a blue suit which he has maintained from his introduction like Goku.

The character with the most potential to surpass both Goku and Vegeta is also one of the hottest characters in Dragon Ball Super.

Gohan initially used to wear the same orange training suit as his father, but he underwent a complete makeover in DBS after becoming a college professor.

Moreover, his attire now consists of a pair of glasses which adds to his overall charm and attractiveness.

Future Trunks is the embodiment of perfection in terms of looks. He has a slim body with shiny, long bluish hair that makes him a natural fan favorite among female viewers.

Moreover, since he is coming from the future, he has a unique sense of style that is far more advanced than the others.

His pale skin and blue eyes are just a few of the attractive qualities that he has. As an accessory, he carries his sword everywhere with him and is an expert swordsman.

This brings us to the end of the top 15 hottest male characters in Dragon Ball Super. There was a vast list to choose from since the universe of Dragon Ball is extended across every region of space.

However, these 15 characters were the clear favorites to win this competition by a mile. Next time, we will bring you another interesting Dragon Ball Super article; stay tuned with us for more.

Presently, Dragon Ball Super series is running and fans can read the manga from the official website of Mangaplus Shueisha or Viz Media. Also one can watch anime from the Crunchyroll official website.