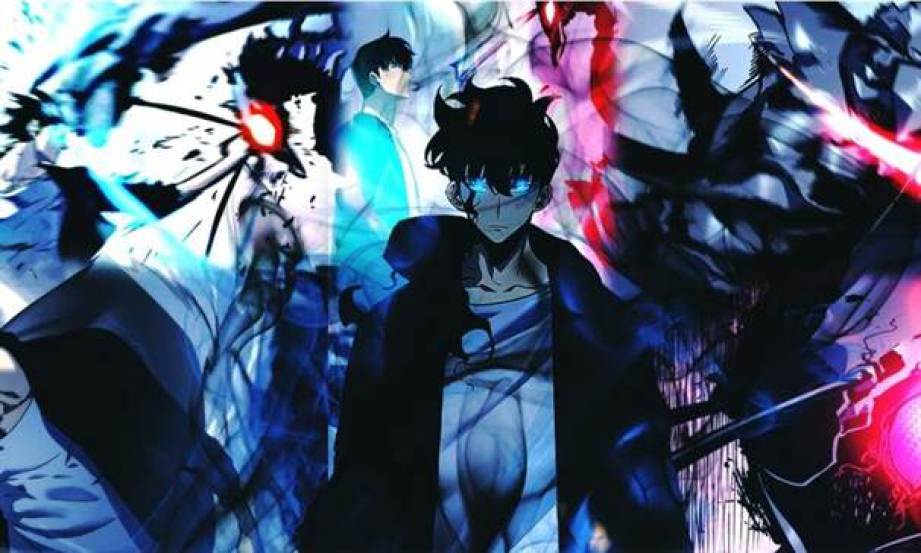 The 2016 South Korean web novel I Only Level Up by Chugong took the world by storm with its 2018 illustration. And to add to the hype, we’ve made for you a list of the Top 15 Hottest Solo Leveling Characters: Male.

The plot of the webtoon titled Solo Leveling revolves around a low E Rank teenager who works to provide for his family. After a twist of fate, he ends up being the sacrificial lamb that saves his team in a dungeon. So when he awakens in a hospital, he realizes that he is now linked to a system that lets him level up.

In this world that links the human world to another through portals, hunters now step up to the occasion to slay monsters. And the illustrators Juang Sung-Rak and Gi So-Ryeong have done an impeccable job with their depictions.

In this article, we hope to have managed to include fan favorites and a few other unexpected characters the best we can. And maybe this list will convince you to read the webtoon all over again. If you’re looking for the read source, we’ve got you covered with that at the end of the article.

Ippei Izawa made his debut in the illustrated series during the Jeju Island Raid Arc. He is an assassin-type S Rank hunter of the Japanese Draw Sword Guild and sports a very antisocial look. With his dark-themed modified clothing and dark eyebags, he definitely rocks a near goth look.

Even with his dry sense of humor and his loner vibe, he’s just a big softie. Further, the mysterious aura he has is amplified by his assassin look, which is why he definitely deserves more praise.

The Vice-Guild Master of the Ahjin Guild is definitely familiar to us all. Other than being an absolute hardworking sweetheart, he is also a D Rank Tanker. He is the most loyal person in the series and has the most adorable reactions.

In times of crisis, Yoo Jin-Ho is the first to check on those he cares about and is also great at handling issues that will benefit the guild. Adding to the comedic aspect of the series, he is also depicted as a very caring mother hen to Sung Jin-Woo. He is also a very hot solo leveling male character.

Adam was introduced to us as the chief of the Asian branch of the Federal Bureau of Hunters. Although his interactions with the main character haven’t all been too pleasant, Adam is surely a professional businessman through and through.

The man is also extremely smart and even knows a number of Asian languages despite being an American. Further, he knows exactly when to act cunning without making himself appear so and is a definite sweet talker.

Characterized by blond hair and blue eyes, this german S rank hunter in the 12th strongest in the world. Despite being known to be stronger than most foreign hunters, he is humble, kind, polite, and patient.

Yes, Lennart Niermann is definitely the type that exceeds the bare minimum expectations. Another attractive aspect about him is that he is not afraid to ask for help and has quick decision-making skills.

The Guild Master of the White Tigers Guild is a strong, muscular man with the spikey orange hair that turns white when he transforms. Although he sports a wild look normally, he is a definite sight to behold upon transformation.

He does seem to display a simmering temper when the situation arises, but somehow that only adds to his charm. However, he does have a soft side for those he cares about as shown with his interactions with Min Byung-Gyu. No doubt in his both human and monstrous form, he is one of the hottest Solo Leveling Characters.

Although Kang Tae-Shik was a minor antagonist in the Dungeons & Prisoners Arc, as an assassin, he has a psychotic vibe. However, even with that, he does have the same appeal as any other attractive villain.

It is his particularly unique purple color palette that draws people in but it is his devilish evil smirk that makes them stay. His other enticing abilities also include his stealth and resistance to poison.

Reiji Sugimoto belongs to the Draw Sword Guild and is characterized by his long well-managed brown hair. Other than being a fairly strong hunter, he exudes confidence and has the utmost faith in his guild.

Considering that he’s extremely loyal to his guild and dedicated to doing his best in all situations, makes him easily loveable. Further, he even has tantalizing green eyes that match his confident personality.

The Guild Master of the Scavenger Guild is a well-built buff hunter known as the world’s strongest tank. Even though he seems confident and may come off as rude, his assistant Laura describes him as shy. How adorable is that?

He holds close to the values of friendship and brotherhood and gives as good as he gets. Being a seemingly friendly person, he is also a guild master who holds the importance of lives above all else.

This A-Rank hunter is the current chairman of the Korean Hunters Association despite his rank. This is because he possesses the ability to befriend and negotiate with people on friendly terms and thus has a wide network of associates.

His most attractive scene in the series is when he stops the fight between Baek Yoon-Ho and Hwang Dong-Su bare-handedly. He was also described as being extremely loyal and reliable and thus a worthy successor of Go Gun Hee.

It’s safe to say that the Sung family definitely has elite genes. Sung Il-Hwang is the father of Sung Jin-Woo and went missing in a dungeon for 10 years. Despite his rare appearance in the initial stages of the series, he’s soon to grab the spotlight for himself.

Now with his reappearance in the recent chapters, he sports a wild yet somewhat sophisticated look. As mentioned by his wife, he is protective of his family and cares for them deeply, which he obviously passes on to his son.

And if you need more reasons to like him, he’s a conceited person who wields a katana very attractively. However, it is most probably the power that comes with his sharp sense of style and ego that adds to his charm. For the country’s prospective, Goto Ryuji is hottest male character in the Solo Leveling manhwa.

Choi Jong In is truly a sight to behold. With his flame magic and matching red hair, the bespectacled beauty excels in skill and attractiveness.

In the Jeju Island Raid Arc, he definitely got things heated and saved multiple people with his powers. Other than this, he is also sly as a fox and an extremely reliable Guild Master of the Hunters Guild. What more could one ask for?

The Hero of China is definitely a work of art. With his glowing yellow eyes and long black hair tied immaculately, his confidence shines brighter than the sun.

Further, he is an immensely strong, humble National Level Hunter and has a knack for trouble. Although he may come off as a little prideful, he is friendly and respectable. And who doesn’t love a troublemaker that’s drop-dead gorgeous?

Although a little overconfident in his abilities, he is a cautious man who knows when to accept defeat. However, he isn’t one to go down without a fight so he’s definitely reliable.

Naturally, by the law of plot, our main character is the hottest character in the series. Watching him level up from a weak teen to the strongest hunter has been an absolute treat.

Our protagonist is an extremely adorable dork who is fiercely loyal and protective of those he considers dear. The illustrators have done an impeccable job at depicting his glow-up and his various emotions.

But we can all agree he looks the most attractive when he’s beating down a foe with minimum effort. In his journey to the World’s Weakest hunter to the Humanity’s Strongest Hunter, the glow on Sung Jin Wo’s physical makes him the hottest Solo Leveling Character: Male.

With this, we conclude with our list of Top 15 Hottest Solo Leveling Male Characters. This article does include most fan favorites, but there’s no doubt that the series is well seasoned with many more attractive characters.

However, this list only involves named characters that have been illustrated, and this listing may depend on preference. Anyways, we hope you’ve found the characters you adore in the listings.

Since the series is currently ongoing, fans can read the webtoon on the official w3 or Webtoon websites. Although the series has a huge fanbase willing to great lengths for its animation, there has been no official news. Well, we’ll be back again with another article, so until then, stay safe, stay tuned, and stay hyped.

(2021) Power of all Monarchs in Solo Leveling: Strongest Monarch