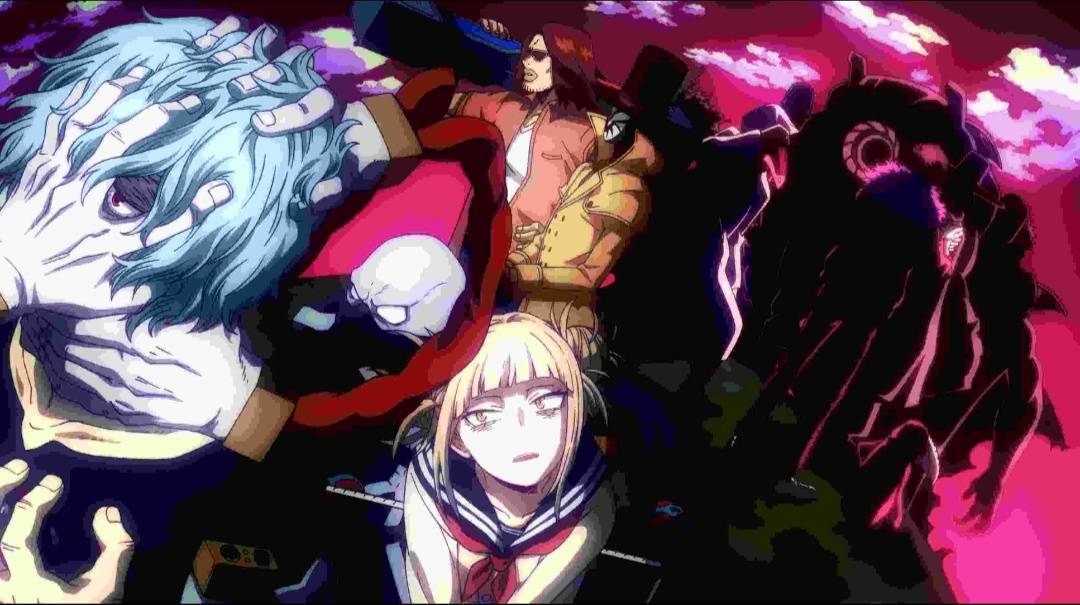 As we all know, the Boku no Hero Academia series has a variety of talented and beautifully written characters. And so we bring to you the Top 9 Most Powerful My Hero Academia Female Villains in 2021.

To begin with, we must acknowledge that while female representation in the hero course is plentiful, it is not so with villains. This is one of the main reasons why the fandom was excited about the appearance of Lady Nagant.

It is written by Hideyuki Furuhashi and approved by Kohei Horikoshi themselves. Thus without further ado, let’s get into the Top 9 Most Powerful My Hero Academia Female Villains in 2021.

Hina is a minor villain from the My Hero Academia: Vigilantes series. She’s a sophomore at Naruhata Women’s College and is also a Trigger dealer.

Although she displays no prominent quirk, she is a particularly sly villain. The motive behind her actions is derived from her contempt for men, especially those who flock around her friend Rin.

As a villain she manages to drug the drinks of multiple people which converts them into instant villains. Furthermore, she has an asocial personality that switches between playful and reserved which makes it easier for her to fool people.

She only causes the most harm when spiking the drinks of men during mixers. Thus she ranks last on the list of the most powerful female villains in My Hero Academia.

Martial Hair is the villain from the group assembled by the League of Villains in the U.S.J. Arc. Her quirk is Hair Control which allows her to use her ponytails as weapons.

With her quirk, she can extend, harden and reshape for hair into weapons like drills. She possesses medium-range combat skills and can also use her hair to bind and trap people.

Unfortunately for her, she was met with Eraser Head and so was immediately rendered useless and captured.

Manami is most commonly known as La Brava, the sidekick of Gentle Criminal. She first appeared in the UA Festival Arc as a sidekick and supporting villain.

As a villain sidekick, she is incredibly talented as support. This is because she possesses incredible Intelligence and is a very capable self-taught hacker.

Her quirk is Love which allows her to boost the powers of a person she loves through verbal communication. However, she doesn’t rank higher because this quirk only works on people she loves and has a time limit.

Furthermore, it can only be used once a day and her overall capability as a villain depends on the person she is accompanied by. This means that if her partner doesn’t possess a strong quirk, her chances of success are affected deeply.

This villain appears in the My Hero Academia World Heroes movie. In the movie, she works with Flect Turn and specializes in long-range combat.

Her quirk is called Longbow which is similar to that of Lady Nagant’s Rifle. This quirk allows her to transform her left hand into an archery bow.

With that, she can shoot any projectile of her choice. Since she specializes in long-range combat like Lady Nagant one can also expect that she excels in assassinations. Especially with a comparable wide range of reach.

Kenji, also known as Big Sis Magne, was affiliated with the League of Villains during the Forest Training Camp Arc. Her quirk is Magnetism which allows her to apply a magnetic polarity to a person.

Thus she can separate, repel, and move people by force. This can also be used in close-range attacks by manipulating the extent of the magnetic field between magnetic poles.

She was a student and a part-time villain of the Villain Factory in My Hero Academia: Vigilantes. Her quirk is called Queen Bee which allows a to possess a human host with the help of a single be.

This ability also allows her to store swarms of bees in the human host. Furthermore, she can control the bees telepathically and can use them to inject drug substances into people through their stingers.

Later on, she also possesses a second quirk called Electric Eel which allows her to emit electricity from her fingers.

Kiruka is a villain who appeared to us in My Hero Academia: Heroes: Rising movie and was affiliated to Nine. Her quirk is called Slice which is a hair quirk.

Through this quirk, she can harden and sharpen her hair into blades and also extend them for mobility. Furthermore, she can fire hair needle projectiles and soon regrow the lost hair.

She is most likely one of the most tactical female villains in the series. This is displayed best as she blocks off the entire island’s communications to ensure their success.

She is also incredibly smart and was able to deal with Tsukuyomi and Pinky by herself.

Himiko Toga is a major antagonist and a member of the League of Villains. She possesses a shapeshifting quirk called Transform. This quirk allows her to copy the appearance, voice, and quirk of a person by ingesting their blood.

Thus her quirk grants her the advantage of stealth and disguises over all others. Furthermore, her quirk later underwent an awakening.

This awakening allowed how to use the quirks of those she had transformed into in the past. However, this is only possible if she has enough information about the quirks.

Her impressive skill in close-range combat and knife proficiency only adds to her power. This makes her one of the most powerful female villains in My Hero Academia.

Lady Nagant is a former Pro Hero who is now classified as a villain. In the past she used her quirk, Rifle, to assassinate people and was one of the most efficient Pro Heroes.

Rifle converts her right elbow into a rifle which is fuelled by bullets made of her hair to execute assassinations. However, she was later imprisoned in Tartarus and thus became a villain.

As a villain, she is granted two quirks, Air Walk and an unnamed self-destruct quirk by All For One. Furthermore, the combination of all her quirks enhances her 30-kilometer shooting range, eyesight, and her sniping skills to their peak.

With this, we conclude with our listing of the Top 9 Most Powerful My Hero Academia Female Villains in 2021. We hope we’ve been helpful and also enticed you to read My Hero Academia: Vigilantes which is available on VIZ.