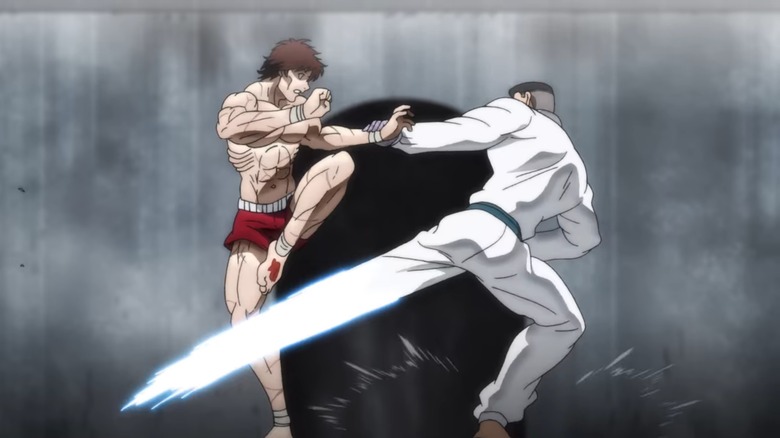 Netflix has become one of the most popular places for fans to stream anime. It has a great collection of anime with each one better than the other.

Among all the diverse genres of anime, Netflix has got a great collection of martial art anime. So, here is a list of the top 10 martial arts anime on Netflix.

Plot – In this anime, the focus of the story is on two martial artists named Ryu and Ken. Apart from being prolific martial art specialists, they are great friends too. They are not satisfied with their current strength and decide to undertake a journey and meet new people.

In this way, they will come across new fighting styles and techniques that will ultimately benefit them in the long run.

Plot – Baki the Grappler is one of the more popular anime overall with the protagonist being Baki Hanma. All his life he has known only one thing and that is fighting. His main goal is to defeat his father who is known by the people as the “Ogre”.

But Baki feels he has already learned everything under his mother and need to develop himself further he needs to encounter new fighting techniques. Will Baki be finally able to take down his father?

Plot – In Kengan Ashura we are brought into a gladiator-like setting where businessmen try to settle their deals through hired fighters. This tradition has been going on since the Edo Period where disputes used to be settled in an arena.

Ouma Tokita is one such gladiator who gets hired by the Nogi Group to fight in battles conducted by the Kengan Association. Now Ouma faces an uphill task as he is pitted against strong fighters from far and wide.

Plot – The base of the story is a long drawn out ninja war between the Iga and Kouga clan. A powerful warlord by the name of Tokugawa forces them to stop their war by ordering a ceasefire.

Many years pass after that and Gennosuke from the Kouga Clan falls in love with Oboro from the Iga clan. But their love story is put to a halt as the old age rivalry between the two clans start again.

Plot – It is quite natural that when a young boy is shunned by his entire village he will start acting out. Naruto is no exception and the reason he gets this treatment is because he has a nine-tailed demon sealed in his belly.

This is why Naruto wishes to become the Hokage of his village and get everyone to acknowledge him. His journey to reach the top will be filled with many enemies but he will also have friends by his side to defeat them.

Plot – George Joestar invites Dio Brando to his home as a means to repay his father after he died. Although Dio gets treated well in the home, he starts cooking up an evil scheme.

His sights are set on the inheritance of the Joestar family as he looks to make all of it to his name. This starts up a long clash between Dio and Jonathan Joestar as we are treated to a wild adventure between the two of them.

Plot – Kenshirou is a brave warrior who is seen travelling aimlessly in a post-apocalyptic land. We come to know that he is trying to find his rival Shin who has kidnapped his fiancee.

Naturally in his journey, Ken faces a lot of enemies and he wards them away with his fighting form of Hokuto Shinken. But this attracts more trouble towards him as he gets farther away from his goal.

Plot – Surely a character like Kenichi who prefers self-improvement books over fighting will not become a master overnight. His situation changes completely when he decides to join the karate club to prevent an upperclassman from bullying him.

In a strange connection of fate, he meets Miu who takes him to her dojo and Kenichi’s journey of becoming a strong fighter to protect everything he loves starts.

Plot – The main character of this story is a delinquent named Yuusuke Urameshi who saves a young boy from an accident one day. The spirit realm gets moved by this incident and decides to give him another shot at life.

Yuusuke has to work as a Spirit Detective under the guidance of god Botan and he may just be able to get his precious life back.

Plot – A clumsy waitress named Fuu accidentally spills coffee on all her customers one day. This leads to her getting harrassed by a group of samurai. Another samurai by the name of Mugen comes and rescues her.

But he decides to engage with a ronin named Jin who proves to be too much for him to take on. This accident marks the beginning of a journey for this trio as a world of adventure awaits them.

Must Read – Top 10 Fighting Anime Like Baki on Netflix Ranked

This concludes our list of the best Martial Arts anime on Netflix. These are some of the most popular titles that you can binge-watch on a weekend. Stay tuned to our website for more of such amazing content.

Q1- What fighting anime should I watch on Netflix?

Ans- Kengan Ashura, Baki and Yu Yu Hakusho are some fighting anime that you should watch on Netflix.

Q3- What is the best MMA anime?

Q4- What should I watch after Baki?

Ans- You should watch Kengan Ashura after Baki.

Q5- What is the best martial arts anime on Netflix?