Skip to contentHome » Anime & Manga » Best One Piece Theory in 2021 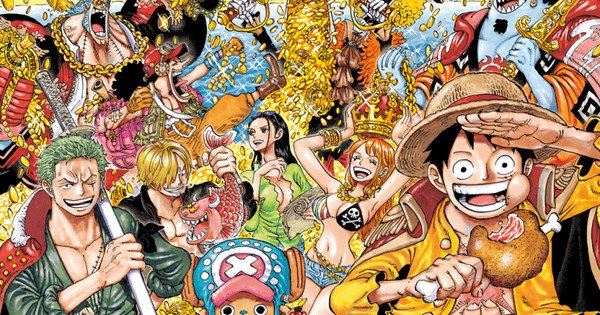 The One Piece fans have been going crazy for the past few days over a theory that has surfaced recently. It predicts the location of One Piece and has been deemed as the best One Piece theory ever. But before diving into that let us take a look at where we are currently in the story.

The third act of the Wano Arc is going on and we are almost at the end. The Tobi Roppos are falling thick and fast and soon it will be time for the defeat of the All-Stars. The theory couldn’t have come at a better time as the opening of Wano’s borders will bring up a whole new flood of possibilities for the story.

This One Piece theory has been formulated by a Youtuber named Ohara. He found it from another Japanese Youtuber named YUDE-RON and contacted him on Twitter.

He accidentally found out about this theory while researching on Enel and went on to share his thoughts regarding this. There is no doubt that this is one of the most realistic theories that anyone can ever come up with and whether it will actually happen or not is completely another question.

What are the two most important Arcs in One Piece-

One of the two Arcs that we are going to mention in this article is a huge fan-favourite and it is the Enies Lobby Arc. It mainly revolved around Luffy and his crewmates declaring war against the world government in order to rescue Robin.

The most important thing regarding this Arc that is related to the theory is the location and structure of the Enies Lobby itself. The other important Arc has conflicted opinions among the One Piece fanbase. Some consider it to be the least important Arc while some think it is amazing.

And it turns out the latter is true. We are talking about the Skypiea Arc which at first hand seems a normal battle against Enel who had been terrorising the Shandians.

However, there is more to it as it also explains the history of the Island of Jaya and how a part of it came to reside on Skypiea. The golden civilization of Shandia is the key to the theory as it forms the main basis for determining the nature of One Piece.

Jaya Island can easily be overseen by many fans but the main map has a lot of connections in locating the One Piece. As we know Jaya Island was ripped apart by a knock-up stream 400 years ago.

If we combine the Jaya Island map with the Skypiea map, we get the original island shape in the form of a skull with Jaya representing its lower jaw. As per the theory, 1100 years ago, the Shandians came to reside on the Island and formed their civilisation which was a land made of gold.

However, the knock-up stream took it straight to the sky islands where it became a part of Skypiea and came to be known as the Upper Yard.

Now, the Shandian civilisation formed the right eye of the skull while the left eye comprised of a big hole that has been ripped apart. According to Ohara’s theory, this is the exact nature of the One Piece which has been missing from Jaya Island. He also mentioned the relation of the Will of D with One Piece.

If we put the letter D in front of One Piece it translates to Done Piece or that a complete piece. This refers to the fact that the One Piece is a part of the Jaya Island that will make it complete. This is the true nature of Laugh Tale which also amused Roger leading to him giving it such an amusing name.

The other important point that he highlighted in his video is the connection between the right and left eyes of Jaya Island. They are two equal parallels that were sought by Noland and Roger. Both of them went on a journey to find one eye of the Skull and both were successful in it.

The only difference was in the end result as everyone refused to believe Nolan’s story and he was executed for spreading lies. Whereas Roger laughed at finding the left eye of the skull and his story about One Piece became a legend.

There is even another connection between the two eyes of the skull which relates to the sun and the moon. The moon has been a constant for many important scenes in One Piece. Moreover. Shandia means moon in Sanskrit and the Shandians came from the moon to reside on the Jaya Island with new technologies.

Thus, the other counterpart refers to the sun and is the missing One Piece. It would also explain the importance of the Sun God Nika who was mentioned in the Wano Arc by Who’s Who. The Sun and Moon reference has been mentioned multiple times at various points in the story.

Oda sensei is really genius. He has already unveiled the left eye connection  in many cover pictures like Luffy and Robin’s left eye was closed referring to the missing left eye of the skull. Zoro and Shanks also have big scars on their left eyes indicating the same thing. And Dragon has also tattoo on his left eye. 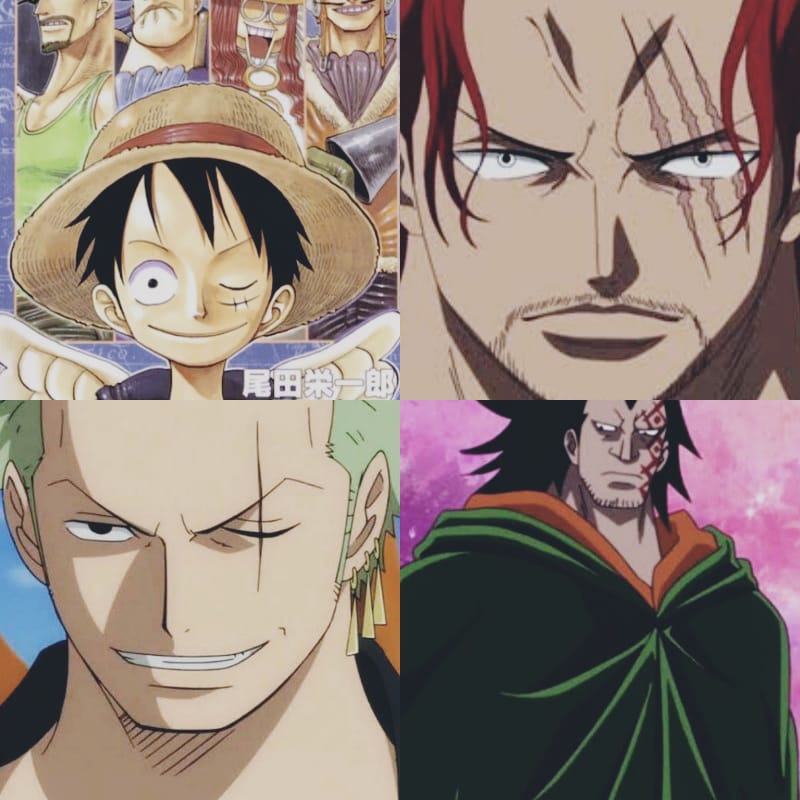 We even have the side story of Enel travelling to the moon to highlight its importance. When Enel reached his destination, riding his ark, he discovered some automata lying there. After accidentally reviving it, he came across a group of Space Pirates and defeated them easily.

He then entered a cave dug by the Space Pirates and found an ancient hidden civilisation. After accidentally recharging the entire city with the power of his Goro Goro no Mi, he came to know about his ancestry. The moon had three races namely – Skypienas, Shandians and Birkans.

After exhausting all the resources on moon, they set sail to earth with the Shandians residing on Jaya Island and the Skypieans and Birkans residing on the Sky Islands.

The Kozuki Crest also plays an important part here. Shandora had a poneglyph but according to the Shandians their ancestors did not write it.

As we know only the Kozuki clan were the ones who mastered the craft of creating the Poneglyph and thus it would make sense that Shandora was a part of the ancient civilisation and One Piece is missing from it. Moreover, the moon is a part of the Kozuki Crest which is similar to the Shandians.

Must Read – Top 7 Characters who can overpower Gol.D.Roger in One Piece

How Enies Lobby is connected to One Piece-

Just like how adding D in front of One Piece makes it Done Piece if we add D in front of Enies Lobby it becomes Denies. This is a reference to how Enies Lobby denies anyone entering it, making the place the perfect location for One Piece.

In terms of shape, Enies Lobby is a perfect fit in the Jaya Map and can well be its missing piece. It also explains why the government made it one of the most heavily guarded places in the world protected by one of their best Cipher Pol organisations.

If we compare the parallel journeys of Nolan and Roger, we can also conclude that similar to how Nolan’s city of dreams was pushed to the sky, Roger’s Laugh Tale fell to the ground.

It will also make sense why Roger laughed at reaching the final island since he had passed it so many times but had no idea about its true nature. This proves that the World Government which was formed by the 20 kingdoms knew that the One Piece is a part of the ancient kingdom.

As a result in order to hide this fact from everyone else, they decided to construct Enies Lobby on top of the One Piece so that no one would dare to enter it. This will also explain the reason behind the place being heavily guarded at all times aside from it being an important marine stronghold.


According to this theory, Oda Sensei has already revealed the location of One Piece which would make him a genius. A plot like this requires extensive planning and concrete structure over a long time and Oda Sensei has managed to do that perfectly.

He has also shown us that only Luffy out of all the pirates has managed to enter Enies Lobby (One Piece) and declared war directly against the World Government. The fact that they also went there in order to rescue Robin the only person who can read the Poneglyphs also makes all the puzzle pieces fit right in their place.

In conclusion, Enies Lobby is built on One Piece which is the missing part from the left eye of the skull-shaped Jaya Island and combining them will make the Done Piece.