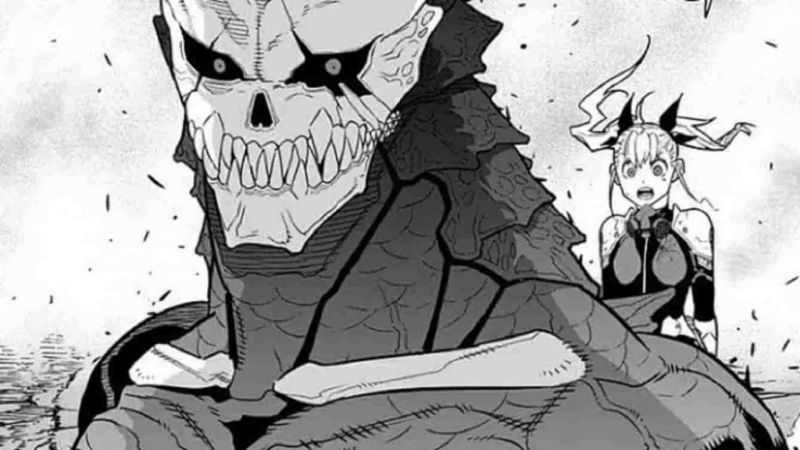 Kaiju No. 8 is a Japanese manga series written and illustrated by Naoya Matsumoto. It started serializing on Shonen Jump in July 2020. It has been prevalent and surpassed 30 million views last year. Kaiju No. 8 follows Kafka Hibino, who has a lifelong dream of joining the Defense Force who fights against the monsters. However, due to a sudden turn of events, a small talking monster flies into his body and Kafka ends up turning into a Kaiju himself. He later gets known as “Kaiju No. 8” by the Defense Force.

Over the course of the series, we have seen the Defense Force fight against many powerful monsters. All of these monsters have been one above the other. Each of them had its own unique abilities and the Defense Force had to apply different measures against each of them. In this article, we are going to rank the various monsters according to their power level and the threat that they possessed. So, let’s begin the ranking of the top 10 most powerful monsters in Kaiju No. 8.

Top 10 Most Powerful Monsters in Kaiju No. 8-

The After Beast was the first live monster to appear in the series. It appeared out of nowhere and tried to attack Leno. It had great jaw strength and used that to attack the members of the Defense Force. It did not seem to have any other capabilities and was more of a one-trick pony. It was easily taken down by Commander Mina Ashiro. This is why it takes the number 10 spot on our list.

The Mushroom Monster After Beasts were produced from its base form. They were numerous in number and were also faster than the base form. They also possessed proliferative organs which helped them to multiply themselves without any help from the base form. This was a major advantage in fighting against their enemies. Although they were not strong individually like the base form, they could overpower the enemy with their dominant number. This is why they take the number nine spot in this list.

They were flying-type monsters who had launched a sudden attack on Tachikawa Base. They usually remain solitary but they had been influenced by a new humanoid monster who was acting as their leader. However, as a group, they could launch a well-coordinated attack by communicating with each other. Their front was also hardened since that side was the most vulnerable to attacks. The ability to fly already gave them an upper-hand over other monsters and places them in the eighth position in this list.

The Base Monster first appeared in Chapter 6 during the examination. Apart from having strong jaws, it could also crush its opponents using its claws. It walked on four legs like any typical monster but also had slightly better mobility. It attacked Hibino suddenly even though Hibino was used to its fighting style. It did not have any eyes and it detected enemies using its heightened senses. Although it was taken down quickly by Shinomiya it possessed a mid-level threat. As a result, the base monster comes in seventh place in the rankings.

We did not get to see the Lizard Monster in action. The series started with Commander Mina Ashiro subjugating the monster. The Lizard Monster was huge in size and destroyed much of its surrounding building even while dying. We can only speculate that it did not possess much of a threat other than its gigantic size. Thus, on that note, it takes the sixth position in this rankings.

The Base Form of the Mushroom Monster first appeared in Chapter 12. It was gigantic in size and covered a huge area of the city. It had mushroom-like structures sprouting from all over its body and its head was also in the shape of a mushroom. It had proliferative organs and could produce a huge number of after-beasts to attack its enemies. It was taken down by Mina Ashiro using her full release force placing it in the fourth position in this list.

Monster #9 is by far the strongest antagonist of this series. He first appeared in chapter 6 during the examination of the candidates. He had a unique ability to revive the dead monsters which became more powerful than their base form. He could also modify his body parts and shoot powerful shots that could pierce through the special suit of the Defense Force members. He was also extremely resilient and could modify space to cut off all communications. Thus, with a wide array of attacks, he proved to be a formidable foe. There is no doubt that third place belongs to none other than Monster #9.

The New Humanoid Monster was the leader of the Pterosaurs who had organized them to launch an attack. He had a sort of arrogance about him as he decided to take on the Vice-Commander since he was the strongest member out there. He was extremely fast and made it difficult for Hoshina to keep up with him. He had a thick skin that was hard to pierce through and possessed brute strength as we saw how he crushed a metal door with just one hand. Thus, This New Humanoid Monster comes second in this rankings.

The first position in this list deservedly belongs to Kafka Hibino’s Kaiju Form. At the beginning of the series, a flying monster had entered his mouth and turned him into a Kaiju. During the examination, he showed the resilience of 9.8 which was insane compared to other monsters. He could also hold his own against Monster #9 and was almost able to defeat him. He had raw strength and toughness that he himself wasn’t aware of. He could also regenerate fast and he had great instinct which allowed him to dodge the enemy’s attack easily.

This concludes our ranking of the Top 10 most powerful monsters in Kaiju No. 8. There were very few surprises in the list and the top 3 members in this list are on a whole other level. The series is in its initial stages and we can expect to see more powerful monsters in the future that may take their place in the Top 10. Fans can read Kaiju No. 8 series officially from the Mangaplus Shueisha website. We will be back soon with another Top 10 article. Till then, stay tuned with us.