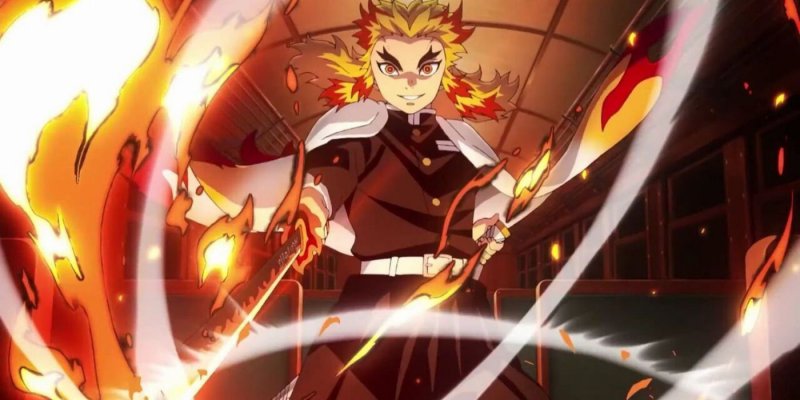 Anime is a Japanese animated cartoon that is adapted from manga. It consists of a wide range of genres, making it an ultimate form of entertainment. Watching anime has gradually started to become a fad nowadays, and many anime are gaining popularity because of this.

Among the platforms where one can stream anime, Amazon Prime is one of the commonly used platforms.

Amazon Prime is a paid subscription service that lets you stream HD videos on any device. Amazon Prime is available in more than 20 countries, including the UK, the US, India, Germany, Japan, etc.

If you’re an avid watcher of anime looking for the newest and fresh arrivals, here is a list of some new anime that released in 2021 or arrived on Amazon Prime Video (US) in 2021.

First among the batch of new anime on Amazon Prime is Fate/Grand Order THE MOVIE: Divine Realm of the Round Table: Camelot Wandering; Agateram.

The movie is an adaptation of the Fate/Grand Order game. The story follows the two main protagonists, Ritsuka Fujimnaru and Mash Kyrielight, who sets out on a quest to restore human history by recovering a particular Holy Grail.

The story revolves around Kenji, Asakura, and Oota, who are a trio of delinquent friends. They pick fights with other delinquents for the thrill of it and continue this on a regular basis.

Until one day, Kenji impulsively starts a band assigning roles for the two of his friends as well. Their performance far exceeds their expectations and that of others.

The movie is the continuation of the events after the Shirobako anime. Aoi Miyamori continues to work at Musashino Animation, where she helps in the production of anime for a living.

After recent unfortunate events, Aoi is doubtful about a new project involving the production of a theatrical anime and its success. The story follows as Aoi, with the help of a new colleague and her other teammates, tries to complete the project.

One of the most popular movies in the franchise, Thrice Upon a Time, is the fourth and final installment in the Rebuild of Evangelion movie series.

The story follows Shinji Ikari as he tries to find hope since he has lost the will to live. The movie continues after the Fourth Impact, where Shinji and his friends are stranded in the ruined Planet Earth. And a new danger lurks, which might cause the end of Evangelion.

One of the best anime to arrive in 2021 on Amazon Prime, Demon Slayer has set records just like its predecessor, Demon Slayer; the anime

Mugen Train follows the events after Demon Slayer Season 1. Tanjiro, Zenitsu, and Inosuke board the Mugen Train to assist Flame Hashira Kyōjurō Rengoku on his mission aboard the train.

The story moves as they try to catch the demon behind several demon slayer murders. The group has to find the demon responsible for all the chaos and then try to protect all 200 passengers aboard the train.

This list will include anime that was released or arrived only in 2021 on OTT platforms. Check out this list to see if you have missed out on any anime that you will want to watch.

Anime that Arrived on Amazon in 2021-

The movie consists of two parts: Death And Rebirth. The movie follows the events after the Second Impact. It is a recap of the anime Neon Genesis Evangelion with 26 episodes.

The story follows Shinji Ikari as he is summoned by his father to pilot a machine, Evangelion Unit-01, capable of fighting powerful enemies. The story moves as Shinji, a young boy, is forced to battle some of the greatest threats to humanity.

Another anime that arrived in 2021 on Amazon Prime is A Letter to Momo, which is a supernatural drama.

The story revolves around Momo Miyaura, who, after the death of her father, moves to the Seto Inland Sea. All she has left from her dead father is a letter with two words – “Dear Momo.” As she gets accustomed to living in her new house, Momo encounters three youkai (goblins) in her attic who only she can see.

Puella Magi Madoka Magica the Movie Part 2: Eternal is the second part of the recap of the anime. The movie shows Madoka as she learns the truth about the fate of magical girls and how Kyuubey plays a role in all that.

She and Sayaka further learn that Homura is from another timeline. They also learn that she has relived the current timeline countless times so that she can save Madoka from impending danger.

The movie won several awards, and it made it to the list of the 100 best-animated movies of all time.

This concludes the list of new anime on Amazon Prime Video (US). You can always come back to find more anime are available on other OTT platforms or video streaming services.