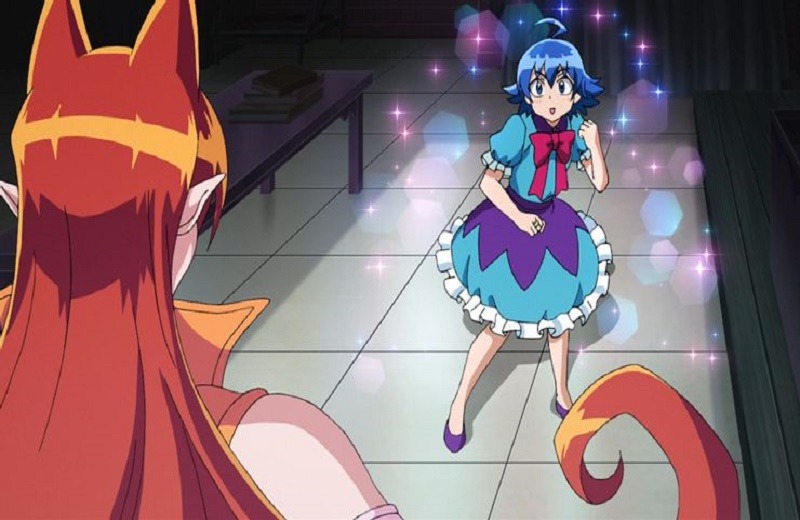 Welcome to Demon School! Iruma-kun is a Japanese manga series written and illustrated by Osamu Nishi. Since its release in 2017, it has become a fan favorite and garnered a massive fanbase.

Owing to its popularity, it received an anime adaptation in 2019 and the second season aired in April 2021. This series is one to read with its amazingly hilarious characters and intricate storyline entangled in a deep web of fantasy and suspense.

Welcome to Demon School! Iruma-kun revolves around the life adventures of a human boy- Iruma Suzuki, in the treacherous world of the Netherland.

Since childhood, Iruma had to fend for himself courtesy of his good or nothing parents. While working at one of his many part-time jobs, he is abducted by a demon who brings him to the demon world.

Scared for his life, Iruma gets the shock of a lifetime when the demon asks Iruma to be his grandson. Owing to no choice at all, Iruma agrees and is enrolled in the Babyls Demon School. Thus, from here start his adventures in the demon world.

This world of demons has a wide array of characters and some hotter ones too. Here we compiled a list of Top 15 Hottest Characters (Female) in Welcome to Demon School! Iruma-kun. Let’s discuss all the female characters in Iruma kun.

Spoilers Alert: Since this list is based on the manga series, some characters are yet to be revealed in the anime series.

She is one of the teachers at the prestigious Babyls Demon School and has powerful water manipulation abilities. She has a timid personality and often keeps on apologizing, even for silly things.

She is somewhat close to the legendary animal in classic folklore Kappa with a beak and huge wings.

She is the mother of Amy Kirio and also the head of the Amy household. Amy’s household is one of the prominent families of the demon world known for their high magical affinities.

With her emerald eyes and dark green hair, she was true beauty in her youth. She appeared in the manga when Kirio told Iruma about his childhood that how his mother sent him to the correctional institutions due to his lack of magical affinity.

She is the manager of the famous Akudol Kuromu – the secret identity of Kerori. With her somewhat strict and diligent personality, she believes in seizing every opportunity. Her bright yellow eyes and a can-do attitude is enough to make our heart flutter.

Haruno is a student at Babyls Demon School who can’t stop fangirling over Asmodeus. Her pink eyes sparkle when she lays her eyes on Asmodeus.

She is introduced in chapter 18, where she, along with friends, rushes over to meet Asmodeus in the cafeteria and simultaneously ambushing Iruma on their way.

She is a student at Babyls Demon School who secretly admires Iruma. With long blonde hair and a beaming smile, she is the crush of many students.

Ever since Iruma saved her during his battle with Asmodeus, she is head over heels for Iruma. She is a shy person who tries to muster the courage to talk to Iruma but often fails. Like a love-struck girl, she keeps on following Iruma with hopes of talking to him one day.

She is one of the teachers at the Babyls Demon School and specializes in transformation magic. Usually, she is a calm and composed person, but she loses her calm around Kalego sensei.

She has a huge crush on Kalego sensei, and a faint red tint spreads her face when she talks to him. She finds the familiar form of Kalego sensei cute and wants to play with its soft fur.

She is one of the members of the 13 Crowns- the governing body of Netherworld comprising of powerful and influential demons.

Paimon is known as the Lord of the Principal Spirit. Beneath her girlish charms lies a feisty woman who often ends up bickering with her fellow members. She is a short-tempered demon who often picks up a fight with Directorial Chief- Amaymon.

Shiida is one of the members of Six Fingers – a terrorist organization under the direct command of Baal. She is introduced during the Walter Park arc, where she disguised herself as a fellow employee later to attack the park.

She is a fiery and lively person whose personality is enough to intimidate even grownups.

She is one of the students of Misfits’ Class and has strong affinities towards ice magic. She is a shy girl, but when she adorns her Akudol costume, she is a bold and confident woman.

Kerori is the famous idol Kuromu and has kept this identity hidden. Underneath all the shy cover, she is a short-tempered girl who hates when someone steals her limelight.

Gyari is an akudol who is popular for her immense energy and lively personality. With a strong voice and flashy performances, she is a young idol star as popular as Kuromu.

She specializes in Rock Music and has a spoilt brat kind of personality. She is obsessed with Kuromu and wants to make Kuromu her wife.

Irumi is the wicked phase alter ego of Iruma. She appeared during the Evidol Games arc, where Iruma helps Kerori to beat Gyari in the battle of rock music.

The wicked Irumi has a bold and intimidating presence. Even her gaze is enough to make a man’s heart flutter.

She is the President of the Student Council at Babyls High School. She has a strong, intimidating presence and is a strict disciplinarian. Despite her tough exterior, she is a hard-core romantic and a sucker for romance novels.

She tries to hide her vulnerable, sweet side from everyone; however, she loses her calm when Iruma is around. She is secretly in love with Iruma.

She is one of the professors at the Babyls Demon School and teaches all-girls-only seduction classes. A succubus by nature, she is a powerful demon that enchants people by her looks and uses them according to her whims and fancies.

With her looks and witty personality, she is what a man desires. Her ability- Ero Scope, lets her measure the sensual levels of other beings. Not only hot, she is also very beautiful character in Iruma kun.

She is a powerful succubus and the Head of the Lust of the 13 Crowns. She has a lively personality and quite a doting mother to Asmodeus Alice. She is also one of the hottest female characters in Iruma kun.

Her abilities allow her to perceive future events through certain feelings. Men in her presence lose control and are immediately drawn to her.

She is one of the students of Misfits’ Class. She is a highly calm and composed girl with the right amount of looks that make every boy drawn to her. In short, she is the hottest female in Iruma kun.

She ranked very high on Raim sensei’s Eroscope, which helps her to measure the sexiness quotient of a person. The ability Full Love Gauge attracts men to her smell and will be compelled to try and gain her favor.

Here was our list of Top 15 Hottest Female Characters in Welcome to Demon School! Iruma-kun. As the series progresses, one can only look forward to what all new additions will be added to this list.

With a new chapter out every week, one can read this light-hearted comedy series on several websites like mangarockteam and mangajar. One can watch the seasons on platforms like Netflix.