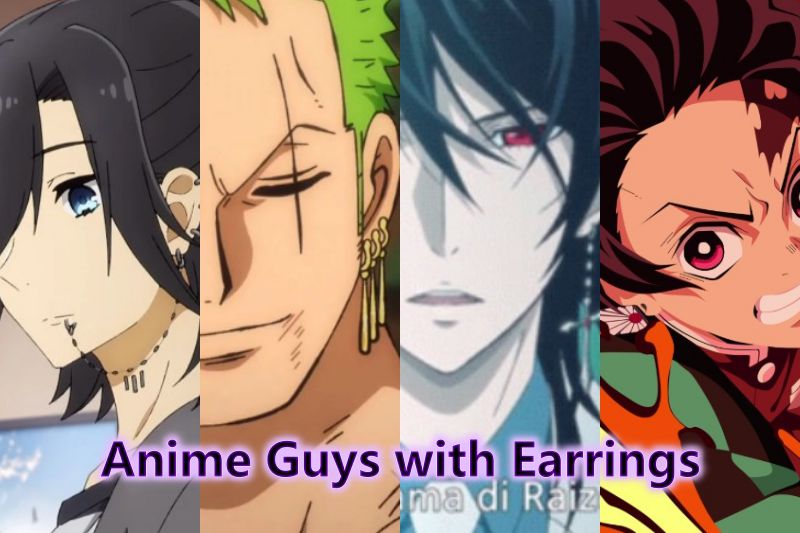 Out of all the accessories one can wear, earrings have a certain appeal to them. A small article impacts one’s appearance greatly, and there are a lot of devastatingly handsome anime guys who wear the article with incredible swag. So, we’ve taken the great challenge to pick the top 15 most handsome anime guys with earrings and rank them based on their attractiveness.

Remember that the ranking is solely based on our opinion. It may differ from what you think, but that’s to be expected. So, with an open mind, let’s start.

Most Handsome Anime Guys with Earrings 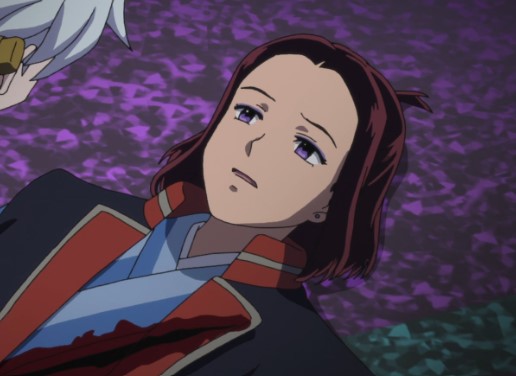 Riku is a pirate surrounded by a mystery that keeps encountering the group of Towa, Setsuna, and Moroha throughout the series. But it is soon revealed that he’s a retainer for the qilin daiyoukai Kirinmaru and his sister Zero. Riku is also the first daiyoukai incarnation of Kirinmaru.

Like every other guy on this list, Riku has a pleasing appearance. He wears purple eyeshadows to go with his blue-themed attire. He also has a deep blue round-shaped earring on his left ear. But the earring is not only for show; it’s actually a demonic article that acts as his main weapon. 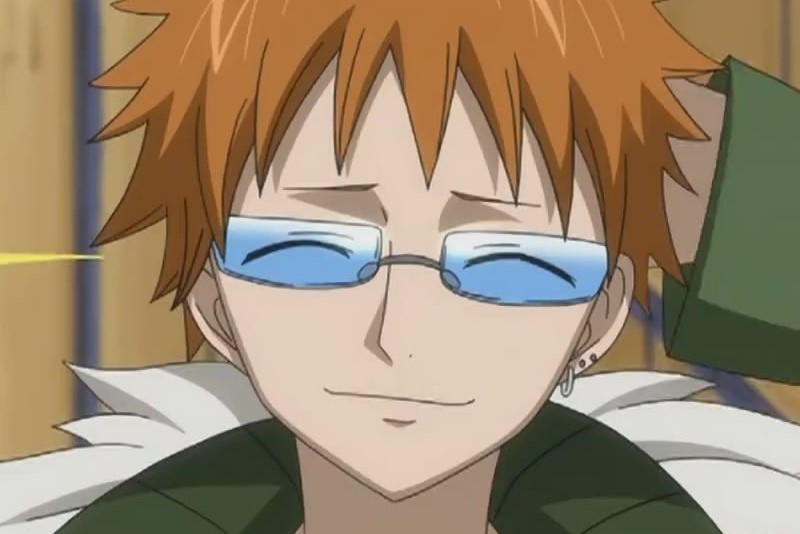 Loke is a handsome man, and he is very confident in his looks. As a normal Mage, he used to wear stylish clothes, but after his original role is revealed, he’s shown in a dashing suit paired with blue shades over his eyes.

As a Mage, he also used to wear three earrings on his left ear: two simple button ones and a hoop. His Zodiac spirit form, however, doesn’t wear earrings anymore. 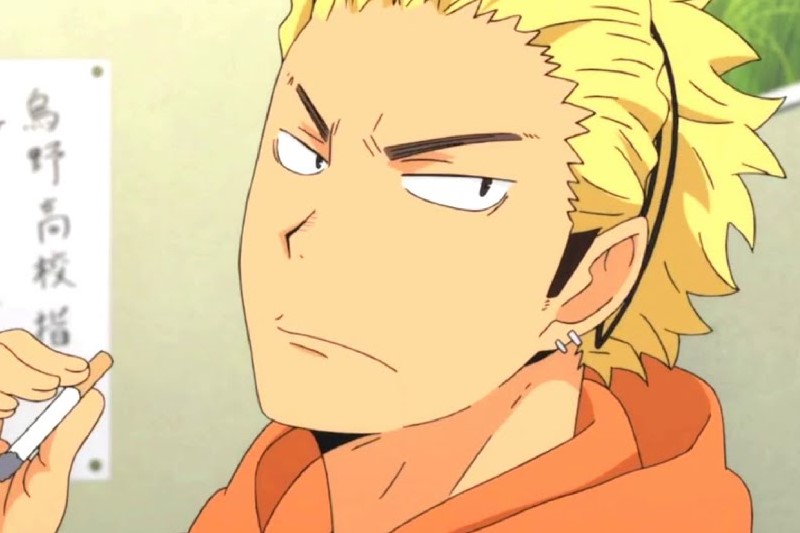 Keishin Ukai is the current coach of the Karasuno Volleyball Team and the grandson of the previous coach under whose tutelage Karasuno went to the Nationals. Under Ukai’s caring and competent coaching, the boys of Karasuno fought their way to the Nationals.

Ukai has a delinquent-like appearance, as pointed out for comedic effect in the series. When he worked for his family’s store, he used to wear a pair of golden hoop earrings on his left ear.

But after joining the Karasuno team as their coach, he stopped wearing them. Rough and tough, the earrings sure showed the wildness in his character. Too bad he got rid of them! 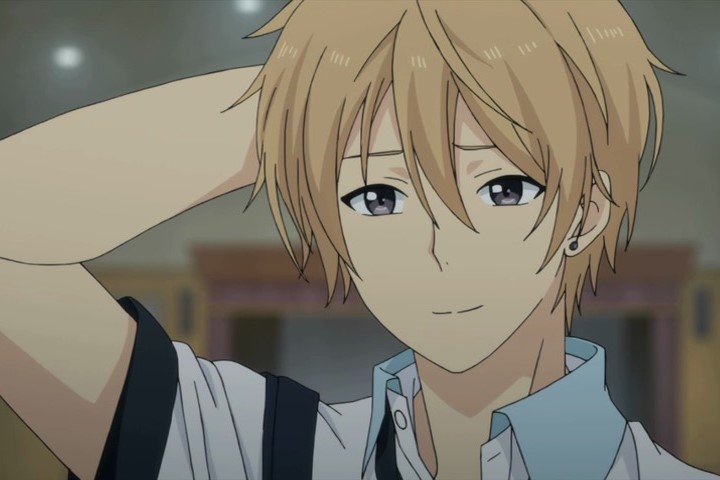 Kazuomi Ohga is a third-year student at Aoba High School who becomes a close friend of Arata Kaizaki after the latter turns into a teenager.

Kazuomi is a popular guy at school with both his high scores on tests and his looks. He’s also repeatedly chosen as the class representative. The poor guy, however, absolutely has no idea what to do in romances.

Kazuomi’s good looks earn him quite a number of admirers in school. His oversized school uniform is very charming, made even more so by the earring he wears on his left ear, matching his close friend, Rena Kariu. Kazuomi’s boyish charm with that jaunty earring never fails to capture our hearts. 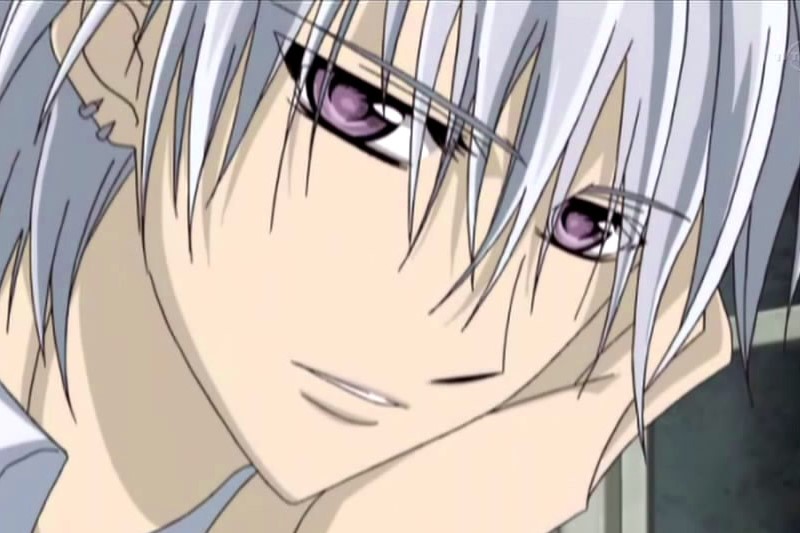 Zero Kiryu was born into a vampire hunter family but was unfortunately bitten by a vampire after his family was killed. He’s also the identical twin brother of Ichiru Kiryu and the love interest of Yuki Kuran.

Zero is a gorgeous man with extraordinarily beautiful features. Already a very good-looking man, he wears a total of five silver earrings, divided into two on his right earlobe and three on the cartilage of his left ear, which makes him a sight to behold. 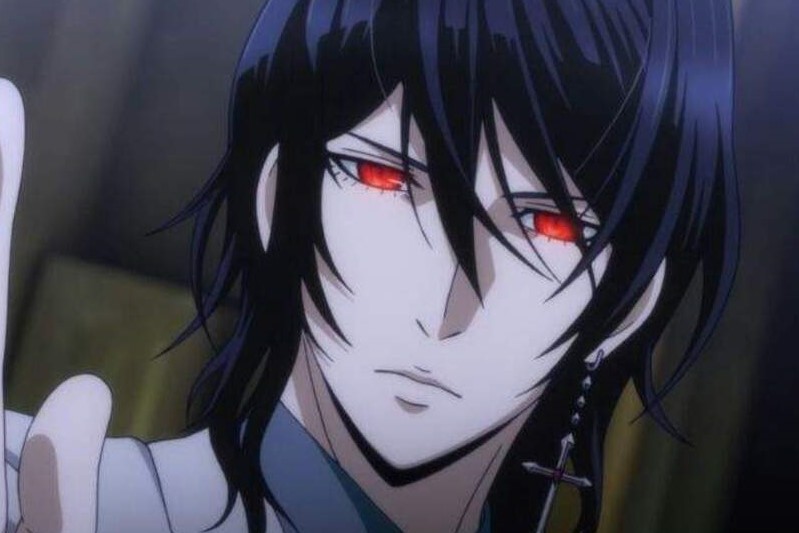 Cadis Etrama Di Raizel is a Noble originating from Lukedonia country. Raizel is also the current holder of the Noblesse title, which makes him the judge, jury, and executioner, as well as their hidden protector. He currently attends Ye Ran High School.

Raizel is an extremely handsome man by both human and Noble standards, as noted by several characters.

Aside from his distinctly beautiful features with jet black hair and scarlet red eyes befitting of a Pure-blood Noble, Raizel’s appearance is enhanced by the silver cross earring he wears on his left ear. The gothic charm of it brings him to our 10th spot. 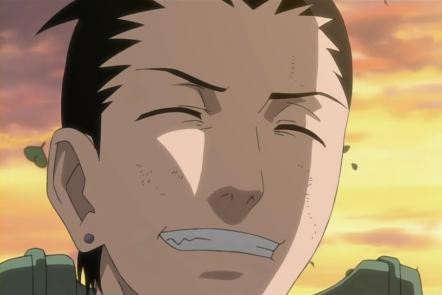 Shikamaru Nara is a shinobi of Konoha and a member of Team 10. Shikamaru is a highly intelligent man who’d rather spend his days cloud-watching than actually putting his wit to work.

Shikamaru, like the rest of his fellow Ino-Shika-Cho members, wears a pair of earrings. The earrings he wears in Naruto Shippuden were given to him by Asuma.

Shikamaru’s laid-back personality, paired with his sharp intellect and those earrings, makes him a character worthy of notice and grants him the 9th spot on our list. 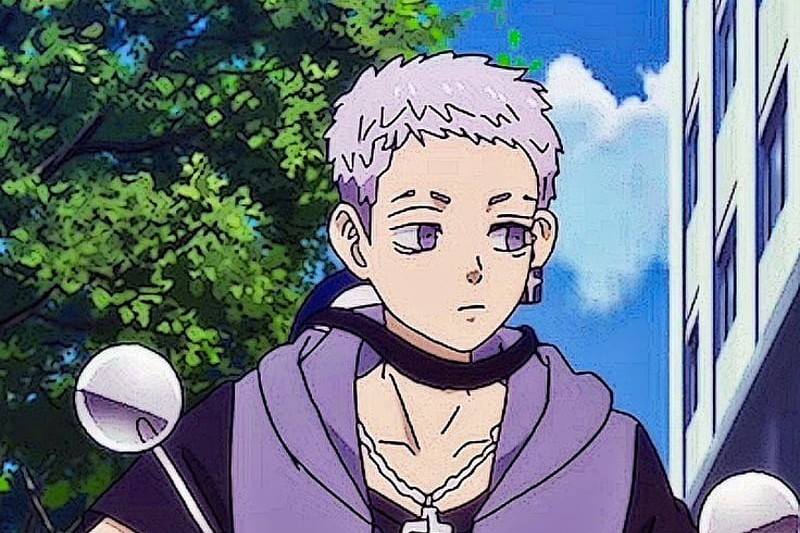 Takashi Mitsuya is the Second Division Captain and one of the founding members of Tokyo Manji Gang. Meeting Draken one day in front of his designed graffiti tattoo, Mitsuya befriends the boy and soon becomes close with Mikey and co, leading to the formation of the Tokyo Manji Gang.

Mitsuya is an aspiring designer and quite a stylish character himself. He always wears cool clothes and accessories when he isn’t in his school uniform or gang uniform.

He always wears a black rectangular earring with a cross design on his left ear. Mitsuya’s cool and funky styling has guaranteed his stop at number 8.

7) Kawaki (Boruto: Naruto the Next Generation) 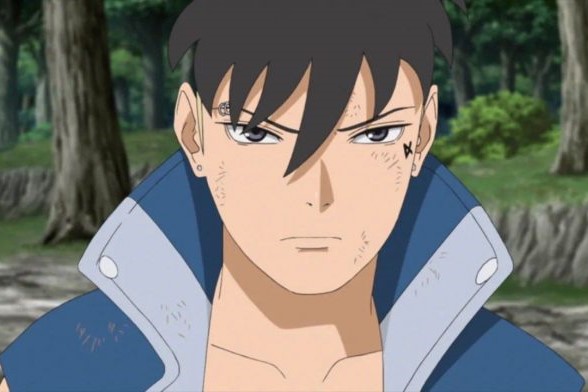 Kawaki is a boy who was raised by an organization called Kara and their leader Jigen to prepare him to be the future vessel of Isshiki Otsutsuki.

Traumatized by the severe abuse he suffered through his childhood, Kawaki finds a father in Naruto Uzumaki and forms a strong bond with Boruto and the rest of the family.

Kawaki’s looks are very interesting. He has two-toned hair: with a black top and a blond undercut. He also has two piercings over his right eyebrow and a small tattoo of IX under his left eye.

Kawaki wears a pair of simple earrings on his ears. Kawaki’s intriguing looks pair well with his volatile personality and give him the aura of someone to look out for. 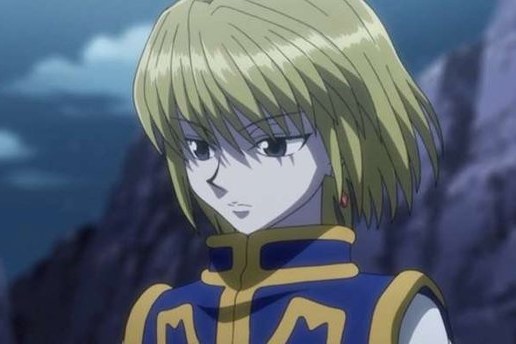 Kurapika is the lone survivor of the Kurta Clan and a Blacklist Hunter. After losing his entire clan in the hands of Phantom Troupe, Kurapika vowed to seek revenge against the criminal group and dedicated his whole life to it.

Kurapika is a beautiful man with androgynous features. He wears a drop ruby earring on his left ear. The earring works very well with the Kurta Clan’s ethnic outfit Kurapika wears.

His need for vengeance, as well as his rageful Scarlet eyes paired with the ruby earring, makes Kurapika as beautiful a character as he is intriguing. 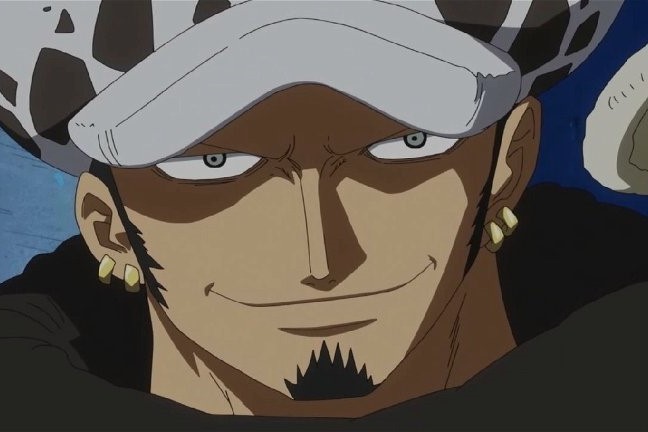 Trafalgar Law is the captain of Heart Pirates and one of the Worst Generations. He’s the one who healed Luffy after he suffered several life-threatening injuries in the Marineford War. After the time skip, Law becomes a Shichibukai before forming an alliance with Luffy and the Straw Hats to defeat Kaido.

Law is one of the best character designs of One Piece. He has multiple tattoos all over his body. Other characteristic aspects of his looks are his paw-print hat and his earrings.

Law wears two pairs of golden hoop rings on his ears. The rings give the stern man a wildness that works extremely well for the character, and hence, Law is at number 5 on our list. 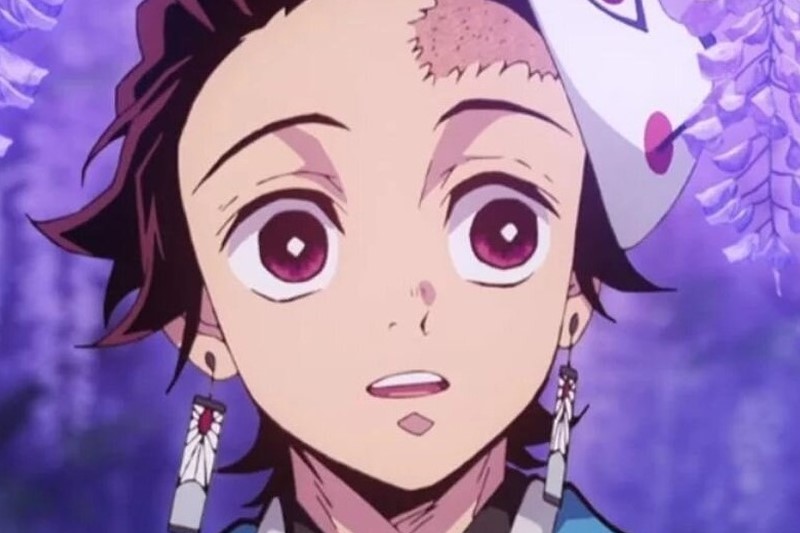 Tanjiro Kamado is a kind-hearted boy whose life turned upside down when his whole family was killed, and his sister was turned into a demon. He becomes a demon slayer to kill Muzan, the man responsible for the tragedy.

Tanjiro wears a distinct pair of hanafuda earrings on his ears. These earrings have a deep significance to them as they were given to Tanjiro’s ancestors by Yoriichi Tsukiguni. Already a good-looking boy, Tanjiro’s looks flourish even more with his special earring. 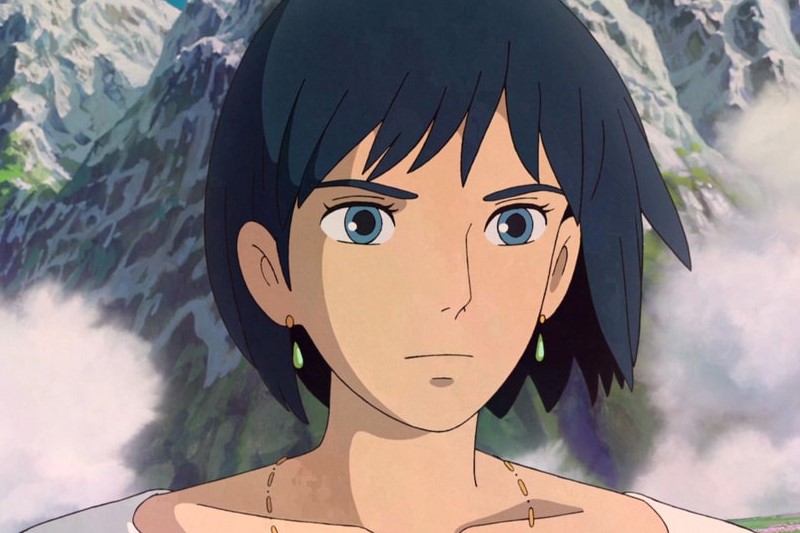 Howl is a young wizard who was once a disciple of Madame Suliman, the great wizard of the royal court. Howl also has a reputation for being a flirt and is seen as the thief of the hearts of young women.

Howl is aware of how handsome a man he is and is proud of it. He likes to keep his appearance eye-catching and wears a pendant around his neck and a pair of dangling emerald earrings on his ears.

The earrings are pretty and sophisticated and give Howl another dose of beauty to his already plenty attractiveness. 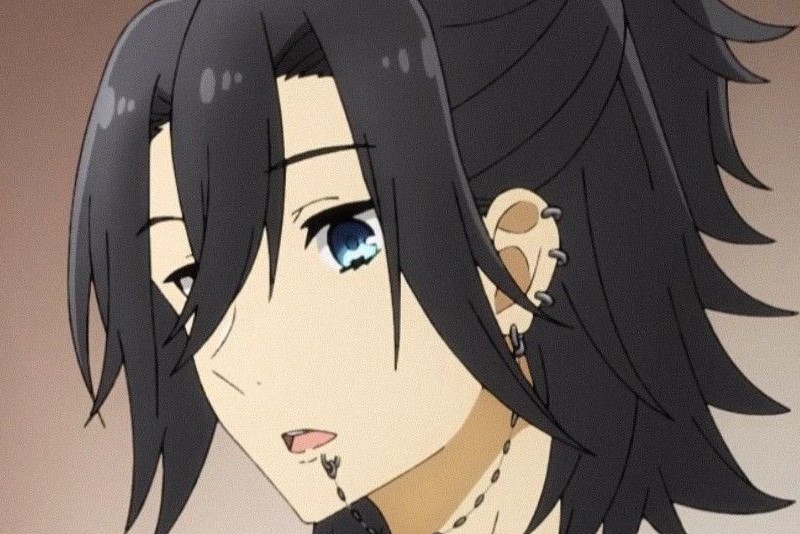 Izumi Miyamura is a high school student who spends his days being misunderstood by classmates until one day; he meets one of his popular classmates, Kyoko Hori, in an unexpected way outside of school. Their informal meeting leads to a beautiful friendship and, eventually to love.

Miyamura is a very handsome young man who has been praised for his looks several times in the series by various characters. He has piercings in both his ears and often wears cool jewelry on them. His drool-worthy looks and those funky earrings are why he’s here at our 2nd spot. 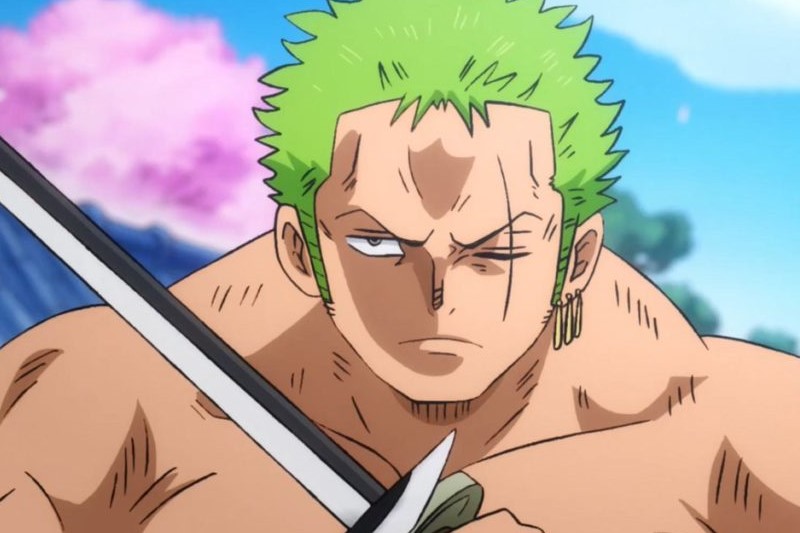 Now we’re at the top of the list, and the top spot is taken by none other than Roronoa Zoro (One Piece). Zoro is the swordsman of the Straw Hat Pirates and one of the Worst Generation, along with his captain Monkey D. Luffy. Zoro’s dream is to be the strongest swordsman in the world, a goal he’s reaching steadily throughout the series.

Zoro boasts an enviable physique, thanks to all the extraordinary training he does. Though the Straw Hats’, including Zoro’s, outfits keep changing for every story arc, Zoro has consistently worn his earrings.

He wears three golden earrings on his left ear, partnered with whatever outfit he’s given for the arc. The earrings have become as much a part of Zoro as his three swords and a superhuman lack of direction. In fact, it’s a wonder Zoro could find his way to the top of our list.

We’ve finished ranking the top 15 most handsome anime guys with earrings. We hope we included everyone worthy and didn’t miss anyone who deserved a spot on the list.